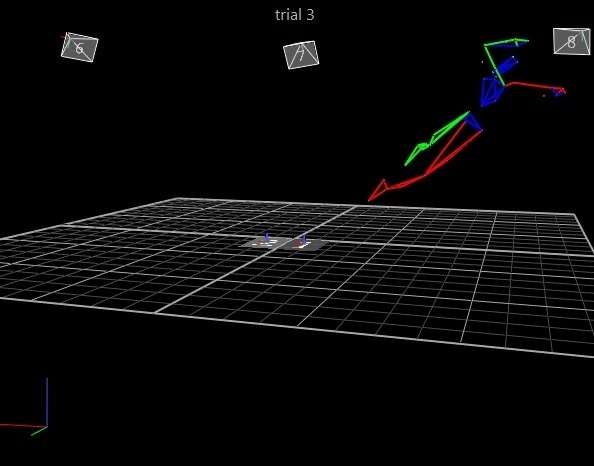 For many soccer fans, penalties are moments of utmost tension and potential glory. In 2019, the International Football Association Board (IFAB), which establishes the laws of the sport, decided to allow goalkeepers to put one foot in front of the goal line as a penalty is kicked, giving in to the demands of goalkeepers and overruling fears that referees would have to repeat too many penalties. Previously, both of the goalkeeper’s feet had to be on or behind the line until the moment the ball was kicked. If one foot touched the front of the goal line, the penalty was invalidated and had to be repeated.

The sport’s international governing body is FIFA, which recognizes IFAB’s authority as far as lawmaking is concerned. IFAB is a separate body, but FIFA is represented on the board and holds 50% of the voting power.

“With the introduction of the VAR , it could clearly be seen that goalkeepers would all put one foot forward or otherwise break the law in an attempt to improve their performance. The law was changed in 2019, allowing goalkeepers to step forward over the line in order to dive faster, as long as one foot remained on the line,” said Paulo Roberto Pereira Santiago, last author of an article on the subject published in Scientific Reports.

The study reported in the article, which was led by Santiago, shows that the change has benefited goalkeepers. It resulted from a scientific initiation project conducted by Rafael Luiz Martins Monteiro.

Experiments took place at EEFERP-USP’s Biomechanics and Motor Control Laboratory, with six professional and four amateur goalkeepers participating. They performed 20 dives, ten to their dominant side and ten to their non-dominant side, obeying both the old law and the new law on foot placement. The results showed that they traveled farther and faster under the new law. Their “laterality” was determined by a questionnaire in which they were asked to state whether they preferred diving to the left or right.

“This variable may be influential. For lower limbs, laterality is inverted as far as diving is concerned,” Santiago said. “We found higher diving values on the non-dominant side than on the dominant side. That was to be expected because right-footed goalkeepers dive better with the left leg as the supporting or push-off leg.”

The researchers analyzed dives via three-dimensional reconstruction of the goalkeeper’s body. They utilized the motion capture technology used by videogame producers and filmmakers to translate movement into 3D animation.

“Each dive was reconstructed, and we measured the kinematic and biomechanical parameters to analyze the goalkeeper’s push-off performance, including angle and velocity,” Santiago said.

The statistical analysis showed that FIFA’s capitulation to the revolt of the goalkeepers actually improved their performance. “The change made in 2019 probably happened because almost everyone was doing it, and it was just too hard to save a penalty kick,” Santiago said. “The referee couldn’t tell with the naked eye whether the goalkeeper’s feet were in the legal position. If they’d used the VAR, the penalty would have had to be repeated.”

Another study by Santiago and his group, now being submitted for publication, asked whether this also happens outside the laboratory. “We used video techniques with artificial intelligence, specifically machine learning, and measured goalkeepers’ movements on the soccer pitch,” he said.