Woman, 24, who suffers constant pain from an excruciating nerve condition could have a £9,000 operation to amputate her leg and end her agony

A young woman who suffers from excruciating pain every day is considering having her leg amputated to end her agony.

Ms Howitt has been suffering from the incurable condition for seven years after her nerves were shattered during what was meant to be a routine kneecap alignment operation.

After being close to giving up, Ms Howitt is considering paying £9,000 for a private limb amputation operation, which is not available on the NHS, leaving her with a prosthetic leg.

She said: ‘It’s just the constant battle. It is a massive gamble I’d be taking but people around me don’t know the pain I’m in.

‘It’s like my knee is constantly burning to the point as if you’re on fire.’

Ms Howitt is speaking out to raise awareness of the various fundraising events she is organising. 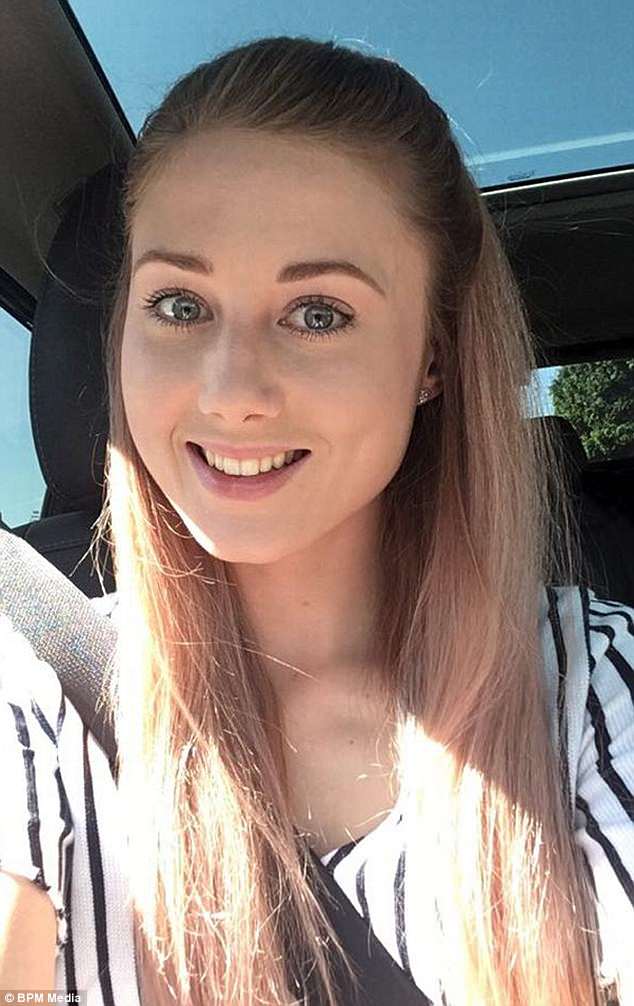 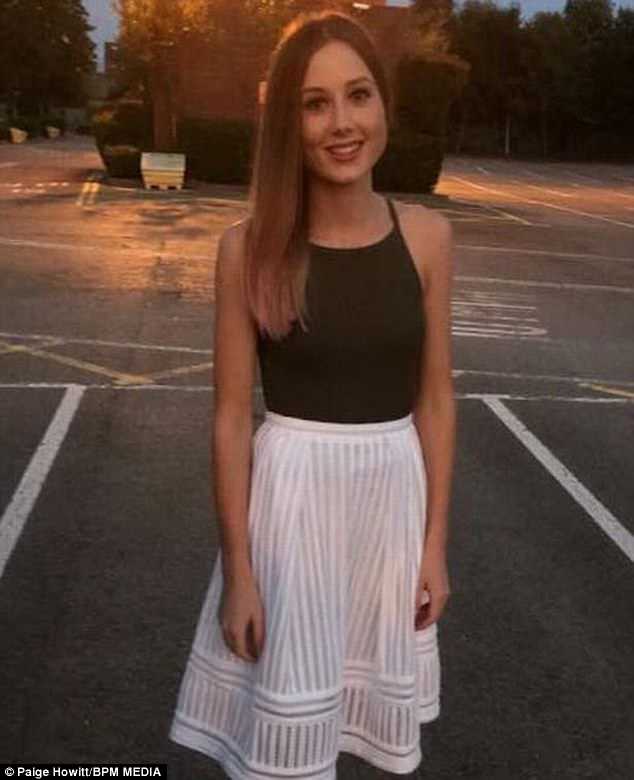 Ms Howitt suffers from complex regional pain syndrome, which causes an unbearable burning discomfort around her left knee, after a routine knee operation shattered her nerves 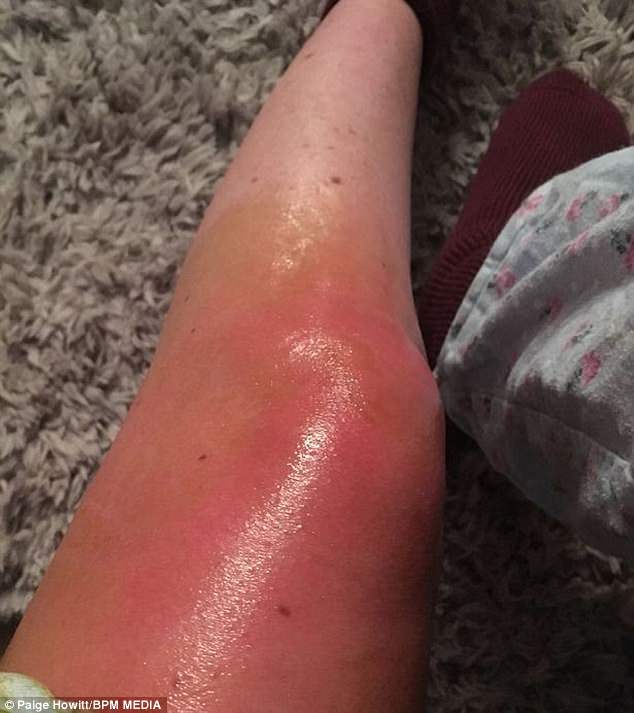 WHAT IS COMPLEX REGIONAL PAIN SYNDROME?

Complex regional pain syndrome (CRPS) is a condition that causes extreme discomfort that does not ease.

It usually affects just one arm or leg following an earlier injury, such as a fracture or sprain with no nerve damage, or nerve damage to a limb.

The body’s reaction is much stronger than usual and often causes pain worse than the original injury.

What are the symptoms?

Pain is the main symptom, which may be burning, stabbing, stinging or throbbing.

The affected limb is usually sensitive to touch, with even clothing causing agony.

CRPS also causes swelling that can lead to stiffness, limb weakness and jerky movements. Joints may also appear redder or warmer than usual.

CRPS’ cause is unclear but is thought to be due to the nerves in the affected area becoming more sensitive, which may change the pain pathways between the limb and the brain.

Rarely, stroke or multiple operations to the limb can be to blame.

In one out of 10 cases there is no obvious cause.

What are patients’ treatment options?

There is no one treatment. Therapies aim to maintain movement through rehabilitation and pain relief.

This may include physio and occupational therapies, coping strategies and medications.

‘The pain is getting worse’

Speaking of her discomfort, Ms Howitt said: ‘The pain is getting worse and I’ve thought about having an amputation.

‘It will cost £9,000 to go private because the NHS doesn’t treat my condition. It would be so much easier, I’m nearly at the £9,000 mark and I’ve thought long and hard about it.

‘I’d lose two joints though, my foot and my knee. The only thing that is stopping me is my partner Tom and I’d need a lot of time off work for rehab to get used to a prosthetic.

‘You’ve just got to ride it out, the pain. It’s so bad in the hot weather too, so I’m constantly using ice packs and I have to have a freezer next to my bed.’ 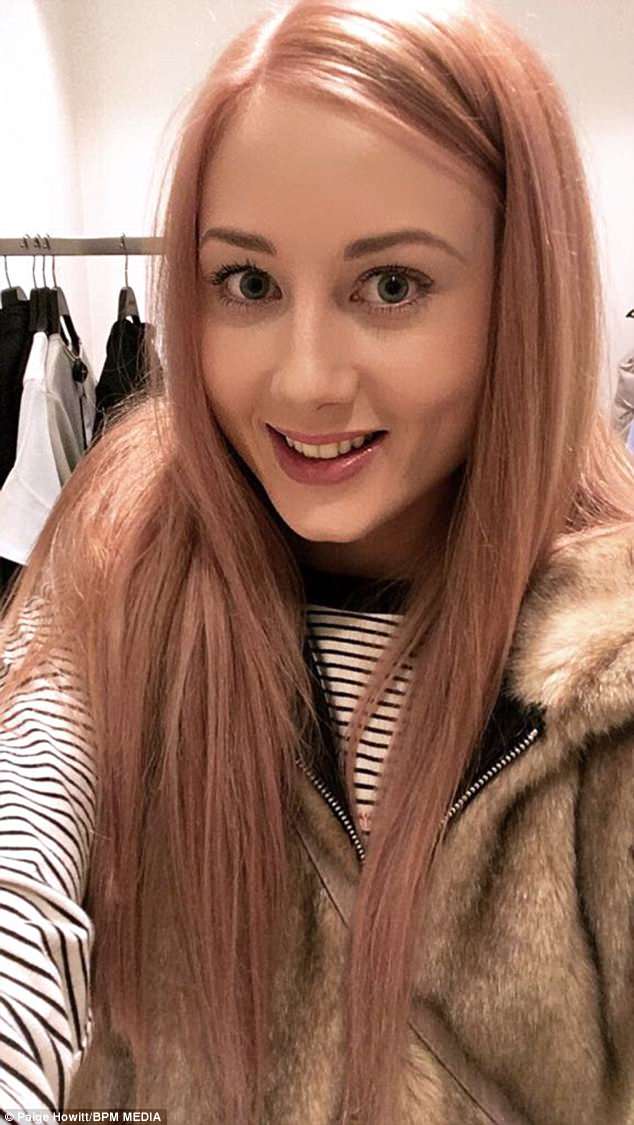 Although drastic, Ms Howitt says no one understands the pain she faces every day 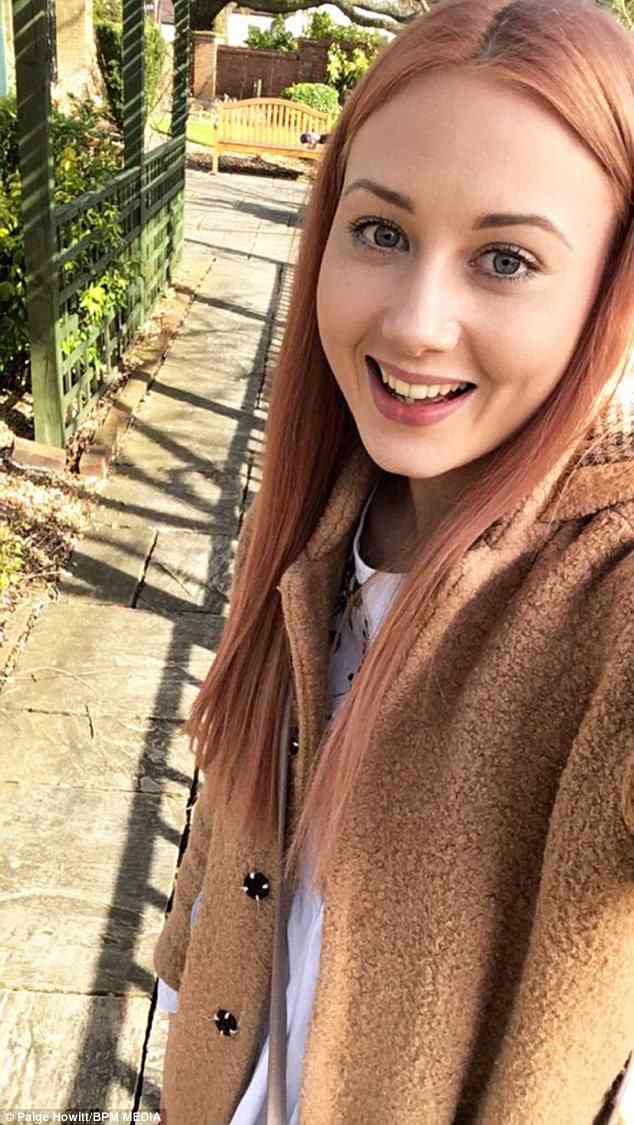 After suffering for seven years, Ms Howitt says she hit rock bottom and could not cope 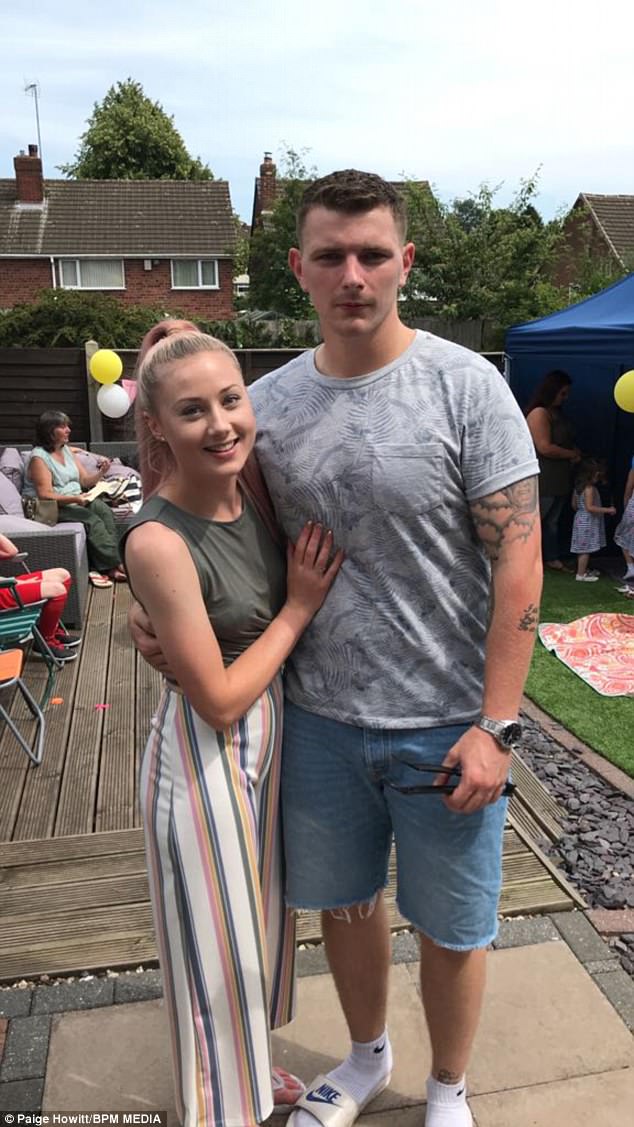 Ms Howitt is also fundraising £21,515 for an oxygen chamber, which is expected to ease her discomfort tenfold. So far she has raised £6,500 and has several fundraising events in the coming months.

She said: ‘I’m so thankful for the support I’ve received.

‘I’ve had messages from all around the world. A mum from the US whose daughter has it keeps asking how I’m coping.

‘Friends, family and people I don’t even know – everyone has kept me going because before I just hit rock-bottom, I just couldn’t cope.

She added: ‘If I ever get my chamber, though, I’d make sure people can come and use it.

‘I know footballers and the Kardashians have them, they’re becoming all the rage but I can’t tell you enough how much my life would improve if I can get one.’

Ms Howitt is hosting a fundraising auction and raffle at The Station in Sutton Coldfield on August 18 (4pm start), with prizes and donations being needed from businesses and individuals.

A five-a-side football tournament is also taking place at Goals in Perry Barr on July 21 (11.30am start); teams are needed at £50 per team.

Ms Howitt is also taking part in the Dog Jog inside Cannon Hill Park on September 8.

Covid symptoms may look and feel different in the fully jabbed

Waists bigger than 33.5ins 'may carry a higher risk of DEMENTIA'