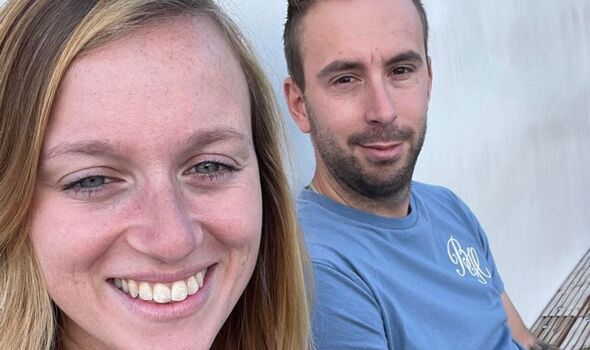 A young woman says she was misdiagnosed three times before being told she had a rare bone cancer.

Sarah-Jayne Wilson was initially told by doctors that the pain in her leg and knee was tendonitis.

Medics then thought the 27-year-old had shin splints before believing it to be Osgood-Schlatter.

It was not until a private physiotherapist pushed for her to have an MRI scan that it was revealed she was suffering from a rare form of bone cancer, Ewing’s sarcoma, reports Coventry Live.

Once finished, she must have an operation to replace her knee and part of her tibia.

She explained that the horrifying situation has been going on for more than a year – and it started with an initial call to her doctors at The Grange Medical Centre.

“I have been having knee pain and you know you just brush something off and don’t think about it,” she said.

“Well it got to the point where I couldn’t walk properly or kneel, so the first time I ever rang the doctors, they diagnosed me over the phone. They diagnosed me with tendonitis. They told me not to kneel on it, and go swimming.”

The pain did not go away – it got to the point where she could not walk – so she went to the Accident and Emergency department at the George Eliot Hospital.

“He (the doctor) told me that I had shin splints and that I shouldn’t have gone to A&E,” she said.

“I Googled shin splints and I don’t run, you associate that with running, so I thought ‘okay’.”

But the pain continued and Sarah-Jayne ended up back in A&E again after falling over.

“They X-rayed me and told me that it was Osgood-Schlatter, which is what teenage boys get when they play football,” she explained.

“They showed me the X-Ray and said ‘yes, definitely Osgood-Schlatter, here’s some painkillers, go swimming and it will heal up on its own and get some physio’.”

So she rang her doctors to book an appointment to see a physio and was told that she would have to wait weeks, so her work, BT OpenReach, got her a private physio.

“She (the physio) said ‘that’s not Osgood-Schlatter, it is not healing, it is not getting any smaller, something is reacting to it’, Sarah-Jayne added.

“At this point I could barely walk, my leg was all swollen and hot to touch.”

The physiotherapist wrote a letter to her doctors saying that she needed an MRI scan – and it was this intervention that led her to finally find out what was wrong.

An MRI revealed she had an aggressive and rare form of bone cancer called Ewing’s sarcoma.

She has two tumours, one in her shin bone and one on the side, just under her knee.

“It is so aggressive, they were worried that it had spread,” she said.

“I had so many scans, and within the space of a month I had two operations because the chemo is going to make me infertile.”

She has a week off and then the treatment starts again.

“It (the cancer) can go through to all of your brittle bones – your pelvis, your fingers, your toes, your ankles – luckily, for some reason, it has just stayed in my leg,” she said.

But her ordeal will not be over once she has finished the nine rounds of chemotherapy as she then faces a huge operation.

“If it has shrunk enough I have got to have a whole new knee and half of my tibia replaced,” she said.

“Then more chemo again to check it has not gone anywhere else, then, after the second round, a foot drop operation because all of my nerves died to my foot. So my foot is completely dead.”

Such is the rarity of the cancer that the only place at she can receive her treatment is at the Queen Elizabeth Hospital in Birmingham .

“They are honestly amazing, I have never known anything like it, everyone on the cancer ward is so lovely,” she said.

But the battle is taking its toll.

She said: “It is tough, especially when you are there for five days. For the first few days, you feel like ‘okay, you’ve got this’ but the third and fourth day, you are just absolutely drained from all of it.”

The diagnosis, after previously being told she had three different kinds of sports injuries, has devastated Sarah-Jayne and her family.

“My family are shocked, no one expected it,” she said.

“My nan said she would have took it off me in a heartbeat. We have just been through breast cancer with my mum through Covid, that was hard, now it is me. It is hard.”

She has urged anyone who has a medical complaint and feels that it is not being taken seriously to get a second opinion.

“You trust doctors, you trust that they are going to look after you but I would say that if it is not healing, or not getting better, to get a second opinion,” she said.

“You never ever know what it could be.”

A George Eliot Hospital spokesman said: “We are sorry to hear of Ms Wilson’s experience.

“We are unable to comment on an individual’s care and treatment, but we do invite Ms Wilson to get in contact with us so we can investigate her concerns further.”

While Sarah’s focus is on beating the cancer, her fiancee James Gould has decided to undertake his very own challenge in her honour for the Bone Cancer Trust.

He is going to cycle from Vietnam to Cambodia next year, quite a feat in itself, but even more so for someone not fond of cycling.

“We realised how little funding bone cancer gets compared to other cancers so I said to James ‘we will have to try and do something’ and he found this (the cycling challenge) online,” she said.

James, who also works for BT OpenReach, said Sarah’s bravery and the fact the charity needs funds and awareness has inspired him to get into the saddle.

“It’s six days cycling and works out to about 350 miles,” said James, who has been with Sarah for almost nine years.

“There is a 20-week training plan but, for me, because I don’t like riding a bike, the training pretty much starts now.

“There was loads of choice (of challenges to complete) but I wanted something that was going to challenge me and cycling is the thing that I least like, so I thought that is the biggest challenge for me.

“There were other challenges, like climbing Everest, but that is something that I would have enjoyed – so I decided to do this.”

“Most people have told me I am mad, but everyone is supporting me,” the 33-year-old added.

“I have not done anything on this scale before but it is something that I have always wanted to do before but never really had the inspiration or courage to do.

Obviously with everything that has happened to Sarah, there is no better time to do it.

“It is supporting such a good cause, it is one of the rarest cancers and so therefore the funding for it is not very high and the awareness around bone cancer itself is really low.”

He hopes to raise a minimum of £4,000 ahead of his charity challenge in February next year.

Try these DIY crafts for Diwali with your child

More Women Are Using the So-Called 'Abortion Pill'—but Is That Safe?

Two Adoption Stories Personify the Bond Between Pets and People