Some drugs for heart disease might also work against brain cancer, according to an analysis by researchers from the Jackson Laboratory (JAX), Connecticut Children’s Medical Center (CCMC), and UConn Health. The researchers used a new approach to identify five heart medicines that might also be effective at fighting the most common type of childhood brain cancer, they report in the Oct. 24 edition of Science Translational Medicine.

Medulloblastoma is the most common malignant brain tumor in children, accounting for 20 to 25 percent of pediatric brain tumors. Current treatments have significantly increased the survival rate, but many children face difficult side effects from the treatment that impact their brains, hormones, and fertility for the rest of their lives. There are also a handful of patients who either don’t respond to available treatment options, or suffer and die from relapses.

Better treatments for medulloblastoma, ideally ones with fewer side effects, are sorely needed. But developing new cancer drugs is a time-consuming process, relying on multiple years of clinical research, followed by a minimum 10-month Federal Drug Administration (FDA) approval process. Now, thanks to a new computational approach, the FDA’s extensive approval process could become a benefit for drug discovery instead of just a hurdle.

The research team already knew that data about drugs gathered during the first FDA approval process could be re-analyzed to find crossover between the diseases that a drug is likely to treat. This process is called systematic drug repositioning, and it uses computational modeling methods to compare an approved drug’s gene expression profiles – that is, what genes it works with or against – to the genes active in patients with a disease.

But medulloblastoma tumors are complex and often very different from patient to patient, and even internally in a single patient. UConn Health professor Ching Lau, thought systematic drug repositioning could work to find better drugs for medulloblastoma, but suspected the technique could be improved. Lau, who is jointly appointed as a professor at JAX, UConn Health, and Connecticut Children’s Medical Center, heads the division of pediatric hematology-oncology at UConn Health and is the medical director of hematology-oncology at Connecticut Children’s. 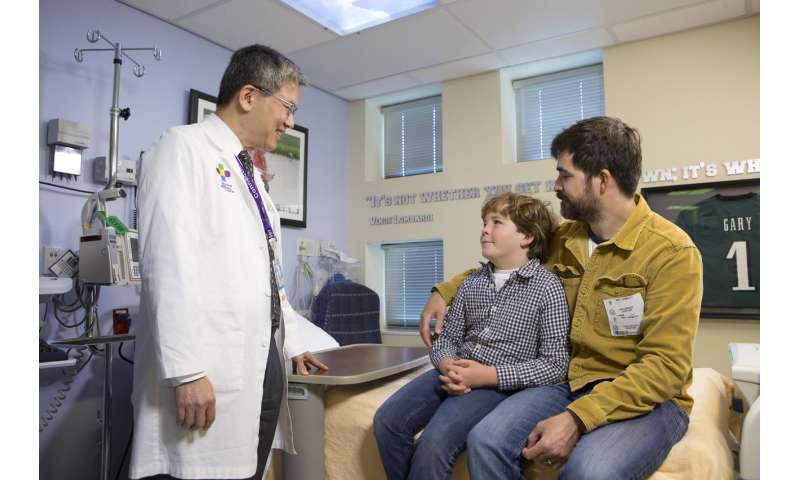 Lau worked with a team of researchers from those institutions, as well as Houston Methodist Research Institute, to devise a new systematic drug repositioning method that could work against something as complicated as medulloblastoma.

Their new method has identified eight drugs as possible medulloblastoma-fighting agents, including three already used as chemotherapy against other cancers and five previously used to treat heart failure.

The researchers also showed that one of the heart drugs, digoxin, helped mice with medulloblastomas live longer. The mice survived even longer when digoxin was combined with radiation.

“This is exciting because not only can we potentially improve overall survival of medulloblastoma patients with digoxin, but the results also suggest that we could potentially reduce the dose of radiation necessary when combined with digoxin, and thereby minimize long-term side effects of radiation among the survivors,” says Lau. “Because digoxin has been used for so many years to treat heart failure, its potential side effects are well known.”

Evidence of clinical inertia in management of T2DM

For example, electric devices off – with these tips get you through the heat

Constant bloating in women, sometimes a note for cancer