Parkinson’s disease (PD) is among the most common neurodegenerative disorders. Classified as a movement disorder, it is characterized by bradykinesia, rigidity, rest tremor, and postural instability.

The treatment of this condition is currently centered on dopaminergic tone in the corpus striatum of the brain since a shortfall in dopamine stimulation of these neurons is thought to be responsible for the motor features of PD. The reason for this shortfall is the loss of dopaminergic neurons in the substantia nigra (specifically, the pars compacta) of the brain, which projects axons to the corpus striatum.

Dopamine-increasing drugs, like levodopa (L-dopa), are severely limited in their ability to control the other non-dopamine-dependent symptoms of the disease. Such symptoms include freezing of gait, cognitive impairment, and autonomic dysfunction, features of the disease that affect the quality of life severely. Newer treatment strategies include reducing the rate of disease progression, by slowing the loss of dopaminergic neurons and decreasing the symptomatology.

Drug repurposing is a tried-and-tested strategy that can cut down the time required for a new drug to reach the market. Regenerative gene therapies and cell-based therapies are also undergoing advanced development. Another option being explored is the use of neurosurgery such as focused and precise deep brain stimulation.

A major barrier is the lack of knowledge as to how the disease begins, what are its biomarkers, and the absence of robust disease models in the preclinical stage to test new agents that could help prevent the disease before too many neurons were lost.

Levodopa is the precursor of dopamine. This pioneering classic drug has been used since the 1960s, when it was hailed as a breakthrough drug for the treatment of PD, continuing to be the top therapy in terms of efficacy even as late as 2020. Other similarly-acting drugs include inhibitors of dopamine metabolism and dopamine receptor agonists, but these do not work as well and have significantly less tolerability.

Drugs like levodopa deliver higher levels of dopamine to the brain, but their non-selective stimulation of the brain, arising from the delivery of dopamine to all brain regions, is a major reason for their side effects. Moreover, the absorption of these drugs varies widely, as does their ability to cross the blood-brain barrier.

Notably, dopamine is released in a discontinuous manner by the substantia nigra, to achieve its physiological actions. Thus, the effects of drug-induced constant dopamine release on the corresponding receptors in the basal ganglia are not fully clear but may be counter-productive.

Some such effects include levodopa-induced movement disorders, cognitive problems, occurring in approximately half of the treated patients, and fluctuations in symptom severity (the on-off effect) in all patients. When added to the neuropsychiatric manifestations of PD, they noticeably affect the quality of life. Nonetheless, this drug remains the linchpin of PD treatment, and optimizing the dosage schedule can help minimize these risks.

The use of novel delivery systems, including the biodegradable polymer polylactic-glycolic acid (PLGA), and liposomes, could enhance levodopa delivery to the brain, but the benefits of these agents remain to be demonstrated.

Dopamine stabilizers like pridopidine, which antagonizes low-affinity D2 dopamine receptors, and act on serotonin S1 receptors, are among the newer drugs being explored. Other dopamine receptor agonists, and non-catecholamine D1-selective agonists, are being evaluated for better CNS entry and metabolic stability, as they escape the extensive degradation suffered by catecholamines.

Allosteric modulators are another option, acting via the D1 receptors, or via D2 and D3 receptors, without themselves having direct activity at any of these receptors.  So are D3-preferring agonists with other functions, such as antioxidant activity and iron chelation, as well as modulating α-synuclein aggregation. 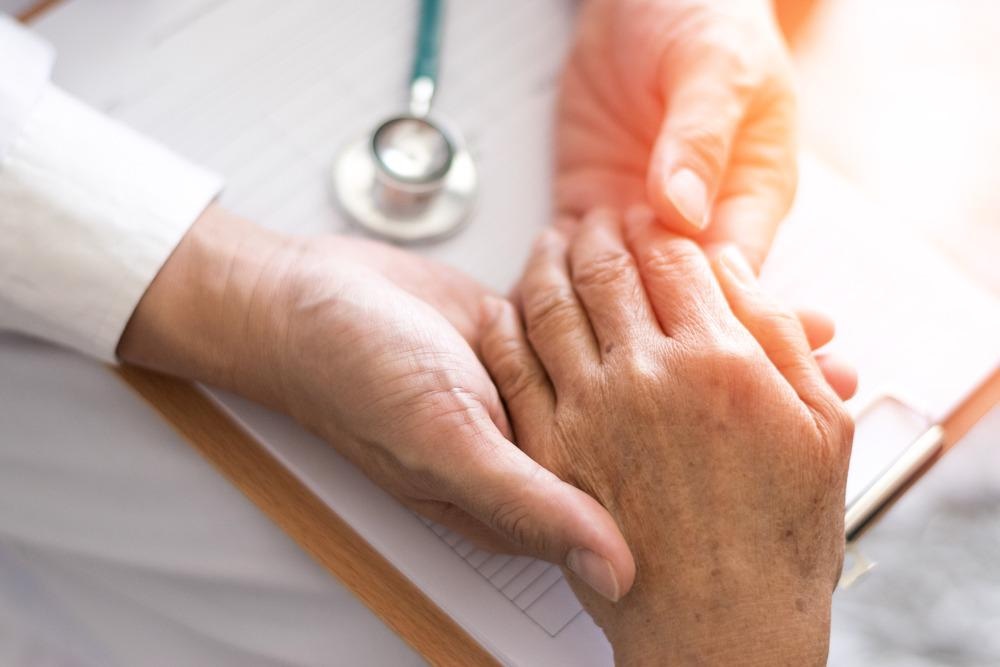 PD is characterized, at the molecular level, by the presence of abnormal clusters of the protein α-synuclein. The SNCA gene is associated, in aberrant form (including mutations, or excessive copies of the gene), with familial PD, a rare condition. This protein could disrupt vesicular transport, or upset the lysosomal function of autophagy.

Mitochondrial dysfunction or oxidative stress-induced are other putative pathways. It may even be that this protein can act like a prion, transmitting the disease from cell to cell and thus causing a sequential pattern of disease affecting multiple structures.

This knowledge has led to the development of therapies that might be able to reduce α-synuclein levels or the spread of those types of α-synuclein that are prion-like.

Passive and active immunization against this protein are being explored in early human trials. Passive immunization via monoclonal antibodies (mAbs) like prasinezumab that target the aggregates of α-synuclein has been shown to reduce the levels of free α-synuclein in serum by 97%. Active immunization, using α-synuclein fragments or similar epitopes to elicit an immune response, is also being evaluated.

Potential obstacles remain, such as the clinical relevance of limiting α-synuclein propagation, and the ability of mAbs to cross the blood-brain barrier. Further work is required to break down the size of these therapies to allow them to enter the cells more easily and produce greater efficacy.

Still another problem is that the physiological role of α-synuclein is unclear, and therefore the consequences of suppressing its function have not been considered in any other light. The safety of these approaches is yet to be confirmed, therefore.

Anti-sense oligonucleotide and ribonucleic acid (RNA) interference techniques that reduce α-synuclein formation are also being explored, though they are at the preliminary stage.

Another approach is to use already established drugs to treat the symptoms or modify the course of disease in PD. This includes:

Few of these have produced significant positive effects in human trials. The exception is exenatide, which is modeled on the neuroprotective drug exendin-4 and is currently used to treat type 2 diabetes mellitus. This has shown the ability to produce a sustained improvement in motor function in treated patients.

Safinamide belongs to another drug category, being a reversible inhibitor of monoamine oxidase B (MAO-B). It not only increases dopaminergic transmission but regulates glutamate transmission too, and has shown clinical benefit in a recent phase III trial in PD patients. At present, it will probably be used in conjunction with levodopa, to compensate for dyskinesias and on-off fluctuations with the other drug.

Opicapone is a COMT (catecholamine-O-methyl-transferase) inhibitor, with lower hepatotoxicity and fewer doses per day. It has recently been approved for use in patients with on-off symptoms.

Other candidates in this group include cholinesterase inhibitors rivastigmine and donepezil; norepinephrine reuptake inhibitors methylphenidate and atomoxetine; and serotonin regulators. Rivastigmine is used to treat dementia in PD as well as Alzheimer’s disease.

Amantadine is an NMDAR (N-methyl-d-aspartate receptor) antagonist found to be useful in PD and similar symptoms.

Istradefylline is an A2A antagonist approved recently for use with L-dopa and carbidopa to reduce on-off fluctuations. It is used in early PD, before motor complications set in, since it can cause deterioration of dyskinesia in some patients.

Neuroprotective drugs may emerge from neurotrophic factors such as glial cell line-derived neurotrophic factor (GDNF), which is being studied at present. Others under investigation include nicotine, melatonin, selenium, vitamins A, C, and E, and certain anti-inflammatory agents. 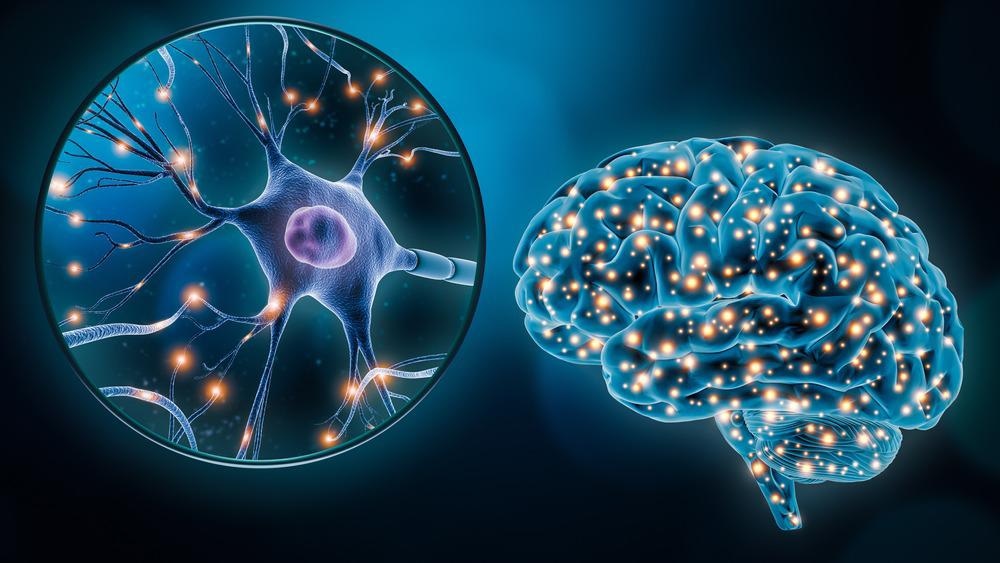 Cell-based and gene therapies may be useful in restoring dopaminergic function in the corpus striatum in a more physiological manner. Some candidate genes include tyrosine hydroxylase and DOPA decarboxylase genes, both needed to produce dopamine. The introduction of these into the brain using adenoviral or lentiviral vectors is being trialed at present.

Cell-based regenerative therapies, using fetal brain cells, have been reported to be effective in a few cases, but the non-availability of the fetal tissue required for this therapy prevents this from being a viable option. Currently, efforts are on to create a sustainable source of dopamine-producing cells, such as stem cells, dopaminergic progenitors derived from induced pluripotent stem cells (iPSCs), or embryonic stem cell (ESC)-derived cells.

Deep brain stimulation (DBS) has been established to be useful in certain cases of PD, with dopamine-mediated motor symptoms secondary to levodopa treatment. Here, electrodes are implanted into the subcortical structures surgically, to modulate the neural activity.

The utility of DBS in improving motor symptoms and reducing fluctuations, as well as relieving depression, and improving sleep quality, urinary and gut symptoms, among others, has been demonstrated in patients with severe PD, but with little effect on gait freezing and postural instability. Its role in preventing and improving tremors in early PD is being examined. However, it has been linked to cognitive and neuropsychiatric issues, as well as speech problems.

Refinements in DBS are being developed, with new targets, and better imaging of electrode placement, to improve the clinical benefits. Adaptive DBS is another avenue of research, while non-invasive DBS remains an area of promise. Here, external devices would apply electric fields to the deep brain structures, averting the need for surgical procedures and post-surgical complications.

The use of the gamma-knife and MRI-guided focused ultrasound could also avoid craniotomy while allowing deep brain ablation.

How to live longer: One of the healthiest nuts shown to reduce cancer and Alzheimer’s risk