A germicide is a substance that kills bacteria and microorganisms. Germicides also fall into the category of bacteriostatic agents that do not directly kill bacteria but hinder their development.

Germicides are also used as chemicals used to combat pests and pathogens of plants, weeds, as well as parasites and vectors of dangerous diseases of humans and animals. Germicides are distinguished as a separate class chemical preparation. Nevertheless, it is customary to consider them among fungicidal agents (fungicides), which often combine antifungal and antibacterial activity. 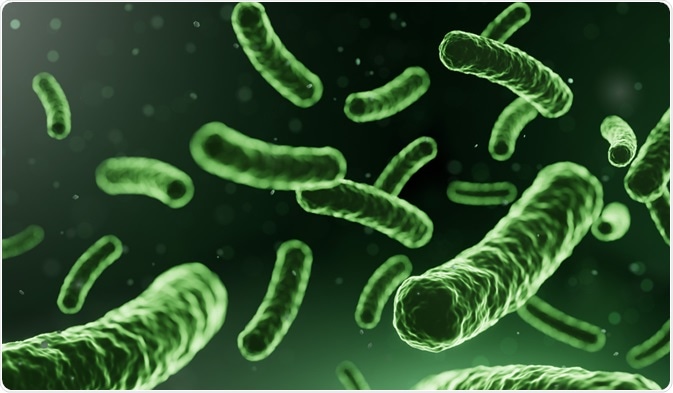 Oxidizing (oxidizing) germicides. The basis is triazine, amines, organic bromine compounds, glutaraldehyde, a quaternary phosphonium salt, and ammonium chloride. Their effect on microorganism cells occurs both outside and inside. Microorganisms die due to the oxidation of cell membrane substances and cell destruction from the inside.

Non-oxidizing (non-oxidizing) germicides. They are based on bromine, chlorine, peracetic acid, chlorine dioxide, ozone, and hydrogen peroxide. They protect against microorganisms in systems where oxidizing biocides cannot be used. These are organic substances, they have high stability, activity that does not depend on pH, they are able to eliminate bacteria, fungus, and algae.

The most well-known germicides in microbiology are copper compounds (copper-containing fungicides), which affect microorganisms in water bodies and soils. These agents disrupt the processes of mineralisation of organic compounds and bind with the enzymes of microbial cells, disrupting the metabolic processes occurring in them and inhibiting the vital activity of pathogens.

Phthalimides have weak bactericidal activity whose effect on the metabolism of microorganisms is like the effect of copper preparations on it. Previously, this agent was used in conjunction with broad-spectrum germicides that have a complex preparation that is used to protect the cotton from gummosis and root rot.

Among the germicides that are not currently used, formaldehyde can also be mentioned, previously it was considered a good agent for dressing the seeds of some hulled crops.

The germicide effect on pathogens is exerted by many substances intended for biological plant protection, for example, the antibiotic-fungicide phytobacteriomycin, which is effective in combating bacterial diseases of vegetable crops. It is active against mucous and vascular bacteriosis, soft rot, and blackleg of potatoes.

Substances-producers of other fungi also have bactericidal activity; some of them can be used in agriculture. Examples include herbicide, polymycin (Actinomyces Polimicini), celloidin, and polymyxin. There are a lot of similar compounds, but due to the spectrum of action and other circumstances, not all of them have found practical application.

The effects of germicides

The bactericidal effect of several germicides determines the presence of certain characteristics of their behavior in the environment. They usually persist for a long time in the soil since they inhibit the bacteria "responsible" for the microbiological decomposition of foreign compounds.

What Microorganisms Naturally Live in the Mouth?

The action of most germicides depends on the temperature and pH of the medium. Their activity is in the protein. Surfactant changes in different ways, for example. anionic surfactants enhance the effect of alcohols and phenols do not affect chloramines and weaken the effect of quaternary salts.

The properties of germicides are possessed not only by drugs intended for the treatment or protection of crops, but also by substances produced in plants under the influence of these agents. Thus, the antibiotic property was observed in allicin isolated from garlic.

According to the objects of control, germicides are divided into several groups: used for the destruction of insect pests such as insecticides; ticks – acaricides; parasitic fungi – fungicides; bacteria – bactericides; rodents – rodenticides; weeds – herbicides; trees and shrubs – arboricides. Some defoliants cause leaf fall.

Allocate a group of systemic germicides, which can penetrate plants, move in their tissues, and cause the death of a harmful microorganisms (pest, parasite, etc.) that feeds on this plant. When working with germicides, it is necessary to observe personal safety measures related to protecting the environment from chemical contamination.

By the nature of the action on microorganisms, antibiotics and synthetic germicidal agents are often divided into bacteriostatic and bactericidal. Bacteriostatic antimicrobial agents inhibit the growth and reproduction of microorganisms without causing their death. This implies that the body's own immune defense mechanisms can cope with the destruction and elimination of the “sleeping” microbes from the body.

Bactericidal drugs cause the death of microorganisms, the body can only cope with their elimination. These are antibiotics of the penicillin series, cephalosporins, carbapenems, and others. Some antibiotics acting bacteriostatically begin to “kill” microorganisms if their concentration is increased (aminoglycosides, chloramphenicol). However, this should not be done, since, with an increase in concentration, the likelihood of a toxic effect on human cells increases sharply.

The variety of forms of microorganisms and their ability to quickly adapt to external influences led to the emergence of many antibiotics, which are usually classified according to their molecular structure. Representatives of one class act by a similar mechanism, undergo the same type of changes in the body. Their side effects are also similar.

After completing his bachelor’s degree in market research and psychology in 2019 in New Zealand and Germany, Dmitry moved to London to pursue a career within the healthcare sector to oversee research projects in science and medicine, with a focus on how innovative technologies help drive and shape this industry.

Statin use reduces dementia risk after concussion in seniors

Be Alert for Antidepressant, Benzodiazepine Overdoses in the ED