In the last few years I have met a lot of people boasting that they shared a beer with their 16 or 18-year-old as a marker of the special birthday. Their logic is, "the kids will do it anyway." Also, since most of us enjoy an occasional glass or two, we assume that it is harmless if the child did too. 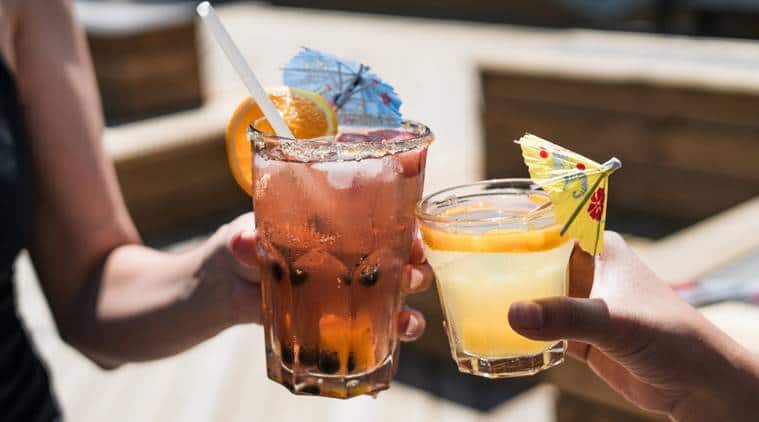 With each generation, the equations shift. What children did in front of the parents and vice versa changes. From clothes and music to alcohol consumption rules, everything goes through a readjustment. My father would have never dared to drink in front of my grandfather. He shares a drink with his son now.

On one hand, it is heartwarming to see a lot more on the table now that can be questioned, discussed, challenged and changed by the parent-child duo. But on the other hand a disturbing trend of parenting rooted in mere parental compliance, and acceptance of behaviours in the name of building a bond with the child is emerging. In the last few years I have met a lot of people boasting that they shared a beer with their 16 or 18-year-old as a marker of the special birthday. Their logic is, “the kids will do it anyway.” Also, since most of us enjoy an occasional glass or two, we assume that it is harmless if the child did too. Most of us have also heard of stories of children sneaking alcohol to school. Some of us laugh it away and some do not know what to do.

Also Read| Shveta Salve: ‘Isn’t a mom a normal human being who likes to drink or smoke?’

So let’s start with few facts about early drinking. The list runs into pages and hence we shall focus on just some of the major ones:

· The brain continues to develop till the early twenties. The earlier a person has that first drink, the higher the risks of alteration of brain development pattern. From decision making skills to memory, a lot is at stake. Structural changes in terms of size of various regions have also been found to be related to early onset of alcohol consumption.

· Alcohol is a depressant and also leads to sleep disturbances. Add to this the turmoil that the teen is already going through and you have a compounded problem at hand.

· The earlier a person starts drinking, the higher the chances of that average consumption increasing with age.

· From reckless sexual behaviour to reckless driving, alcohol brings it all on.

· Alcohol consumption masks emotional problems thereby making it difficult to deal with them.

· Teenage drinking is also linked with other substance abuse.

So how do I talk to children about it?

Arm yourself with pure facts. Not moral lectures. What parts of brain are altered and how; make a list. Depending on the age of child, collect and present statistics. Basically before launching the discussion, prepare, answer all possible questions and be ready for more.

Not a one-time event

No conversation with a child is a one-time event. Just as you can’t talk about birds and bees once and be done with, alcohol too needs constant conversations. See a news item about drunken driving? Tell them about it. Come across some new research? Discuss. It is essential to remove the taboo around the discussion so that when something happens at school, you come to know through the child rather than the WhatsApp grapevine. Also, do not overdo it.

Do not be hypocritical

I know of many adults who hide and drink, maintain a different front at home and have different sets of rules about alcohol consumption in front of kids. It never works. Not only do they come to know, they also somewhere get a message that it is okay to hide. If you enjoy an occasional drink, it is okay for the child to know that along with the fact that you are not indulging in underage drinking or excessive consumption. The idea is to not create a taboo around alcohol but keep the discussion open and facts straight. Be honest and say something like, “It is okay to enjoy a drink or two when you are grown up provided you know when to stop and do not drink under duress.”

Let’s say you are at a party together. Let the child see you make a choice. If we are telling them that they do not need to drink even when they are pressured they need to see us walk the talk too. Yes, your friend would insist that you take a drink, but you can be politely firm. You are telling the child that it is okay to not drink and all parties do not necessarily have to involve alcohol consumption. By asserting your own power of choice, you are also arming the child.

Listen to their view too. Talking is a two-way street. Going armed with information and piles of statistics doesn’t solve it. One needs to also listen. What do they think about teenaged drinking? Be prepared to also hear that they don’t think it is a big deal! Do not pounce. Understand why they think it isn’t a problem. Counter it with facts only and not with emotional or moral outbursts.

Talk about the legal implications

Most of us ridicule the different drinking laws across different states in the country. Irrespective of what we might feel, laws exist and children need to know the legal consequences as well. The fact that some states peg it at 18 while the child’s home state pegs it at 25, doesn’t make it okay to drink early. Back it up with the neurological effects that we discussed earlier.

Facts and figures are all great but when it comes to practical situations, children often do not know how to react. Enact various eventualities and discuss what they can do and say. What if a friend is drunk and wants to drive? What if everyone is drinking and you are the odd one out? Talk about it all in practical terms and offer solutions that work, not higher moral grounds. We have a code at home. If the boys get stuck someplace where things are taking an ugly turn, they message a single pre-decided alphabet. I immediately call and feign some home emergency and say that I am coming to pick them up. That way they are not embarrassed and do not have to offer any explanation anywhere. Please understand it from the child’s perspective. It is not extremely easy to put your foot down and walk away sometimes. They might need help.

Arm them with a ‘NO’

A ‘no’ driven by values and asserted by oneself goes a long way than one said out of fear of parents. Arm them with the rights and wrongs and the power of choice. A child who is able to understand that refusal doesn’t make then uncool, goes a long way in taking charge of their life. Again, the ‘no’ doesn’t exist in isolation. Sometimes, they will need us to rescue and at others they might be able to assert. It is perfectly okay. As long as they understand the gravity of it, everything works.

There might be lapses. As a parent our role is also to keep margins for erroneous judgement. They will make mistakes. And when and if they do, they should be able to come to you to fix it and discuss it. Also, make sure that they know that if they are in trouble, you would rescue them without a question. Be the solid back up. They should be able to confidently call you. Do not try to wriggle out information or be a moral police then. Discussing the whole thing can happen in some other context on some other day. If the child knows that he will be grilled eventually, he will not ask for help.

Drinking alcohol might not seem a huge issue but each day when I see a news article about young lives lost in a car accident because they decided to have that one more drink, my heart sinks a little more. Just because we enjoy a glass of wine doesn’t mean that introducing alcohol early will automatically make the children responsible too. It is time that we made a choice – do I want to be a cool ‘modern’ parent or the parent that my child actually needs? Think about it. You are cool without the ‘my teenaged daughter had her first drink with me’ tag too.

(The writer has a PhD in Positive Psychology and is a lecturer in psychology. She is also the author of the book Keep Calm and Mommy On. Listen to Season 1 and 2 of Tanu Shree Singh’s podcast Difficult Conversations With Your Kids.)

Is This The Riskiest Proposal Ever? We Say Yes.