When my son turned 7, he began showing signs of turning from a little kid into a big kid. He strove for independence, although he didn’t always quite get the hang of it. (For example, he wanted to shower by himself, but was afraid of getting shampoo in his eyes, so he came up with the solution of wearing goggles while he washed his hair.) He started calling me and my husband “mom” and “dad” instead of “mommy” and “daddy.” And he told us he really, really wanted to be the Grim Reaper for Halloween.

Just a few years earlier, my son was frightened by haunted houses and intimidated by big kids in spooky costumes. He cutely called vampires “empires” and called skeletons “skelikons” (which made them sound like pelicans). The year before, he dressed up as a hot dog (my husband and I accompanied him dressed as ketchup and mustard). His costume was adorable, but he claims he was humiliated when he wore it to school and his friends laughed. I think back on his other costumes — his very first Halloween, when I dressed him as a baby bee, or the time when he was a toddler and went as a truck driver — and I don’t feel ready for him to give up cute costumes for scarier ones.

But is it time? Is a grim reaper costume perfectly fine, and I’m just overreacting?

Tovah P. Klein, PhD, author of How Toddlers Thrive and director of the Barnard College Center for Toddler Development, tells SheKnows that if a young child chooses a costume that seems too scary, parents might just need to wait it out, since younger kids — ages 2, 3, or even 4 — often change their minds multiple times about what costume they want to wear. But if the child still wants to wear a costume that’s too mature, parents can offer a compromise. “The parent can say to the child, ‘We can do that at home, but we’re not going to do it outside for Halloween.’” Dr. Klein also stresses the importance of talking to children about why their costumes might be inappropriate without shaming them. “Parents can say, ‘I know how badly you want to wear that, but we don’t think it’s appropriate, and we don’t like it for this reason.’”

Lauren Knickerbocker, clinical assistant professor in the department of child and adolescent psychiatry at NYU Langone’s Child Study Center, tells SheKnows that there’s no hard-and-fast rule about when kids can transition from cute costumes to scary or more risqué ones — but there are some guidelines parents can follow. It’s fine to play-act while dressed up — after all, that’s part of the fun — but parents can emphasize that rules, like not hitting a sibling, still apply. Again, compromise can be reached: Let the kids be superheroes, but without the weapons that might come with the costumes. 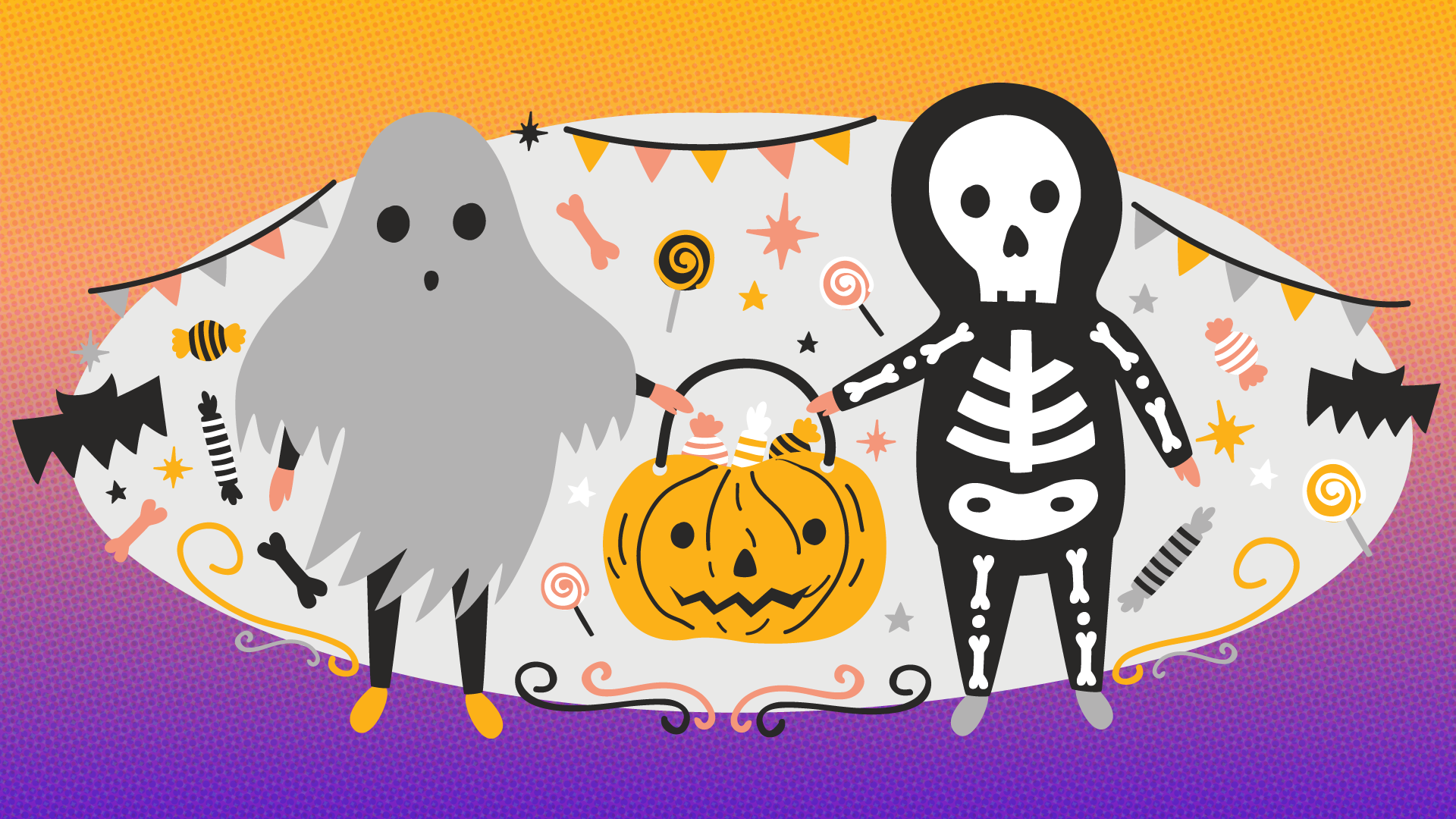 By elementary school, “there can be a departure from what parents think is okay versus what a child’s peers think is okay,” Knickerbocker says. If that happens, parents should apply their family values and rules. For example, if your family is pro-gun reform, don’t let your child carry a toy gun as part of a Halloween costume, because the mixed message could be confusing. For tweens and teens, costumes marketed toward girls can sometimes be revealing or sexual in nature, while boys’ costumes often represent “alpha male” tropes — strong, big, powerful, and sometimes far too violent. Steer clear.

“Kids still need their parents to help them with judgement and thinking about why we might say ‘no’ to violent or scary costumes,” Knickerbocker says.

Ann Close, PhD, Associate Director of the Yale Program in Early Childhood Education, tells SheKnows that parents are right to limit scary costumes in kids under 5, since kids at that age “are still working on distinguishing between reality and fantasy.” Parents can follow their child’s lead when it comes to choosing a costume — within reason, since children still depend on parents to feel safe and comfortable. If a child picks out a scary costume and then decides at the last minute not to wear it, “that requires some understanding and flexibility on the part of the parent. The parent usually wants it to be fun and might say something like, ‘This is what you wanted, it’s going to be fun, put your costume on’ and what they really might need to say is ‘if you don’t want to wear it, it’s ok, you don’t need to,’ ‘maybe that made you scared’, or ‘it’s just pretend.’” She also suggests that parents can create costumes with their children rather than buying ready-made one, which can be fun and promotes thinking outside the box.

· Younger kids might just change their minds on their own; it’s not unusual for them to want multiple Halloween costumes

· Let the child dress up in the scary costume at home, but not wear the costume outside the house

· Compromise: Perhaps a child can wear part of a costume without a weapon or scary mask, or can put on the scarier element only in a certain time or place (at night, without young children around)

· The usual rules — no hitting, no weapons — still apply

· Consider creating your own costume with your child

After I spoke with these experts, I had a talk with my son about what the Grim Reaper represents, since something still didn’t sit quite right with me about my son dressing up as a harbinger of death.

“Do you understand what the Grim Reaper represents?” I asked my son.

“Not really,” he responded.

“It’s a symbol of death,” I explained. “Are you okay with being something for Halloween that represents death coming for someone?”

He thought about it, and answered, “Probably not.”

I suggested we make a list of costume ideas and look them up online. We found a ghost costume that was scary, but had a mask that could be removed to tone it down for the school Halloween parade.

“I think that’s a good choice,” I told him. He agreed.

Yes, a ghost is still a representation of death — but it was a good compromise between him wanting to be scary, and me not wanting him to be so scary that he might frighten other kids.

And that’s it: The days of my son dressing up in an adorable costume are probably over. But I’m hoping I can put my dog in a cute costume this year. A dog masquerading as a bee is sure to be cute, right?

Sunny days may come with a cost

11 Gifts That Give Back to Women’s Health Organizations