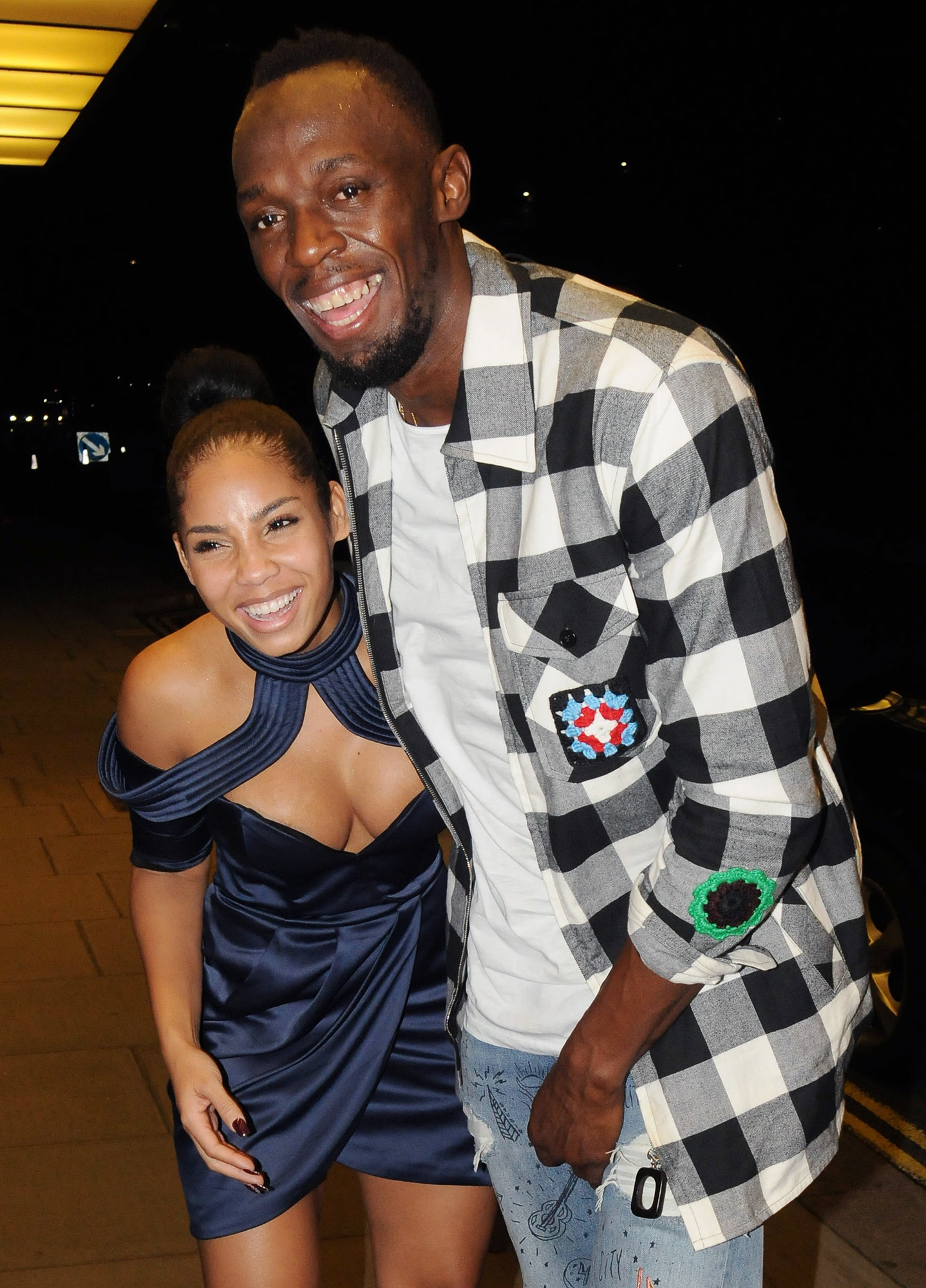 A little legend! Usain Bolt announced that his girlfriend, Kasi Bennett, is pregnant with their first child.

“I just want to say a KING or QUEEN is about to be HERE @kasi.b,” the Olympian, 33, captioned a Wednesday, January 23, Instagram photo of the marketing director, 30, cradling her baby bump on the beach in a red gown.

The Project Kase founder went on to post more pictures from her maternity shoot on social media, writing, “Our biggest blessing. Our greatest celebration. Our golden child. Coming soon.”

In October 2018, the athlete opened up about his family plans with Bennett. “Something I’ve learned is it’s never a good time to have kids,” Bolt told Stellar magazine at the time. “It’s never a good time. You just have to buckle down and do it. It’s in the near future, so, hopefully. We’ll see.”

The former sprinter added, “I definitely want a family, though. For me, over the years, I’ve waited because I want to make sure it’s the right person.”

The eight-time gold medalist’s former rival Justin Gatlin became a father in 2010 and told Us Weekly exclusively in 2016 how the little one fuels his competitive spirit.

“He says, ‘You better win, Daddy!’” the New York native told Us ahead of the 2016 Summer Olympics in Rio de Janeiro. “Before my races, I’ll talk to my mom, my dad and my son. He’ll say, ‘Alright, Daddy, you’ve got to win today.’ If anything, it makes me nervous. If anyone else in the crowd is like, ‘You better win,’ I’m like, ‘I’m going to try.’ That’s why I’m here. I’m trying. But if my son says that, I’m trying to move mountains for him, so I’ve got to go out there with the intent to really try to do it.”

Gatlin’s son is following in his father’s athletic footsteps, but on the soccer field instead of the track. “He’s fast!” the Olympian told Us. “He’s already scoring three to five goals a game. He uses that speed to his advantage, for sure.”

As for Bolt, the Jamaica native previously tried his hand at a soccer career after retiring from sprinting. He began training with the Australian A-League club Central Coast Mariners in August 2018. He scored twice in a game the following month, but left the club in November 2018 and ultimately decided in January that his “sports life is over.”

Kim Kardashian's Greatest Quotes About Motherhood Over the Years

Harry Potter books were removed by a school for ‘curses and spells’. Here’s what parents think about it

Can you tell if you’re hitting the right note?

Researchers discover mechanisms underlying the unwanted side effects of drugs