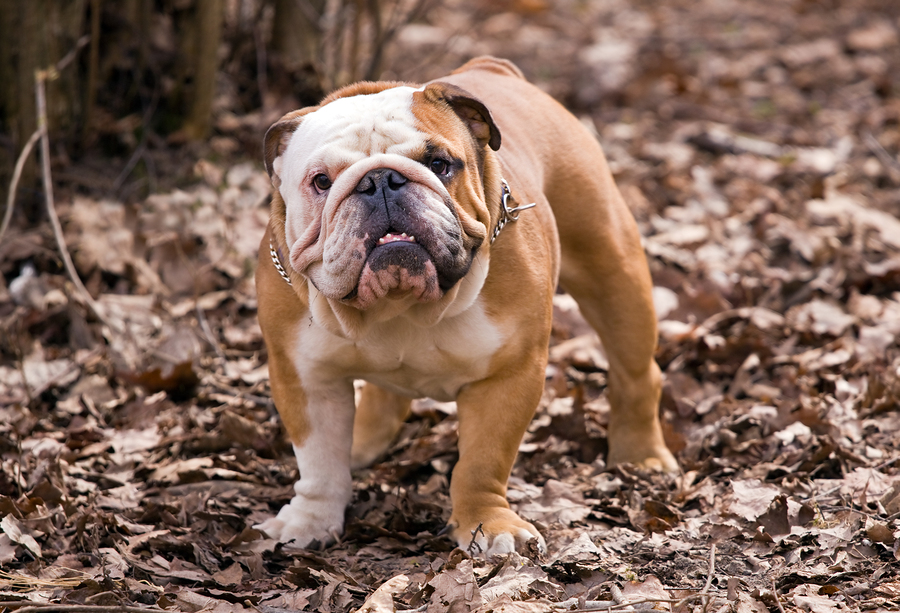 The English Bulldog breed is loved by hundreds of thousands of people all over the world. Bulldogs are famous for their peculiar flat face and their chubby appearance. However, things went wrong over the last few decades: what used to be a strong athletic breed turned into a bag of severe health conditions.

Initially, the English Bulldog was, as you can guess it, used for bullfighting. Farmers weren’t wondering how to breed English bulldogs for work or families; it was only to perform in the bullring. The real reason why they have been bred with a flat face was for them to avoid being pinched by a bull. And because Bulldogs became known for their amazing results against bulls, they turned into icons of manliness power and strength.

In Britain, the Cruelty to Animals Act 1835 put an end to bullfighting and the breed quickly transitioned to a family dog thanks to Bill George, a Victorian-era dog trader.

Extreme Breeding Started
Families in the United States and the United Kingdom loved English bulldogs for its appearance, rather than its fighting abilities. So this is when breeders had the sick idea to exaggerate this characteristic to make the breed stand out even more.

Because people loved this feature, there was always a buyer for a more expensive flatter-faced bulldog. The problem is, a flat face is definitely healthy to a certain point. And as you probably know, we are way past that point within the bulldog breed. Way, way past that point.

And the problem with extreme dog breeding is that these dog breeders, for many of them, believe they are not doing anything wrong. After all, they saw all bulldogs back then with flat faces, and they thought that a little flatter wouldn’t hurt anybody. However, when thousands of bulldog breeders think that very same thing, over decades, we reach the atrocious current situation.

Inbreeding Coefficient Increased
When dog breeders want to exaggerate a trait, they use what is called inbreeding or linebreeding. In genetics, inbreeding means the mating of very closely related partners. The power of inbreeding is that the genetic material is very similar to the parents since they are part of the same family. Therefore, the puppies from this litter will all look very similar and have characteristics fixed on them.

So, because dog breeders know how dog breeding works and understand that with inbreeding you get visibly better and faster results, they started abusing it. Instead of doing it once in a blue moon, they inbred their Bulldogs over several generations. It worked — the breed becomes flatter-faced than ever.

Along with inherent issues due to being a brachycephalic breed, the English Bulldog breed reached a high inbreeding coefficient. Meaning, the average pool of specimens within the breed average a coefficient of inbreeding of 10%, this is over the double of the average amongst all purebred dogs. The Imperial College in England has studied COI averages for 10 breeds at around 4%. Bulldogs double that. A 25% inbreeding coefficient is equivalent to a mother-to-son breeding.

With intense inbreeding, the genetic diversity of the entire breed decreases. The same genes (from related dogs) keep on being bred to each other, so there is no external blood and genetic material being added. Therefore, if one dog is a carrier of a genetic disease, it will be passed on to every single generation down the line. After decades, these genetic diseases start adding up to a point where most bulldogs are carriers, or victims, of one or multiple health conditions.

Over-breeding Was The Final Point
Despite all health issues, English Bulldogs are still loved. They are an example of dog breeding going incredibly wrong. However, a lot of want-to-be heroes have started their small-scale programs trying to save the breed using various dog breeding techniques (crossbreeding, grading up, etc.) And this is problematic. It is an unconcerted effort from various breed fanciers to breed a lot of so-called healthy (healthier) dogs in a short time span in order to help the breed regain vitality. Nobody is monitoring, nobody is assessing, nobody gives any feedback. Again, it is just about the breeder and its dogs, with no higher authority sanctioning the quality, whether good or bad, of the new bulldog puppies.

Sadly but, perhaps expectedly, the American Kennel Club is somewhat silent about the entire English Bulldog’s situation. The Bulldog Breed Council and the Bulldog Club of America are great at conducting surveys and publishing health articles, but the breed is passed this education stage. It needs to be saved. Urgently. Publishing another blog post about hip dysplasia or skin infections due to fat rolls is redundant; these articles already exist.

People like me and other breed fanciers cannot save the breed without the help and guidance from a higher authority. The scattered effort provided by several Bulldog breeders these days is not sincere: most of them use that “improving the bulldog breed” tagline as a marketing ploy. And it works, a lot of people go ahead and spend double the amount just because they want to believe that their bulldog is healthier than the others.

How To Breed Healthier Bulldogs?
Unfortunately, breeding healthier bulldogs in today’s world would mean bringing healthy blood from a sister breed. Most purebred bulldogs are carrying health conditions within them, so breeding even the two healthiest bulldogs would result in an affected litter. It is somewhat too late to find quality blood within the pool of purebred English Bulldogs today.

Therefore, the only solution is to find appropriate dogs from related bull breeds and allow their breeding and labeling as purebred English Bulldogs. I insist on the labeling as purebred bulldogs (even if technically, they wouldn’t be) because prospects buyers will only buy a bulldog if it is a purebred; the AKC for decades has worked hard promoting registered dogs and it worked. People want a purebred dog, so it has to be labeled as such.

Breeding dogs take time, so it will take years to see a regain in health within the English Bulldog breed. This is why many breeders don’t even start improving their breeding program; they may never see the results. A long and slow process is very unappealing, in opposition to extreme breeding that gets results immediately, at the next litter.

Overall, the English Bulldog is a wonderful dog breed that went through a lot. It is too far to find a solution within the breed itself; those who want that only delay the doom. A viable solution has to come through other closely related breeds. It may take long years but eventually, we will find our beloved English Bulldog back and healthy. In the meantime, why not adopt a lovable bulldog who’s awaiting its forever home? Check out this list of resources if you’re interested in adopting this loveable breed.

People hospitalized with COVID-19, from poor neighborhoods had higher rate of heart events

Natural treatments that can help with seasonal affective disorder

Hundreds of obese Britons have been ‘fat shamed by the NHS’