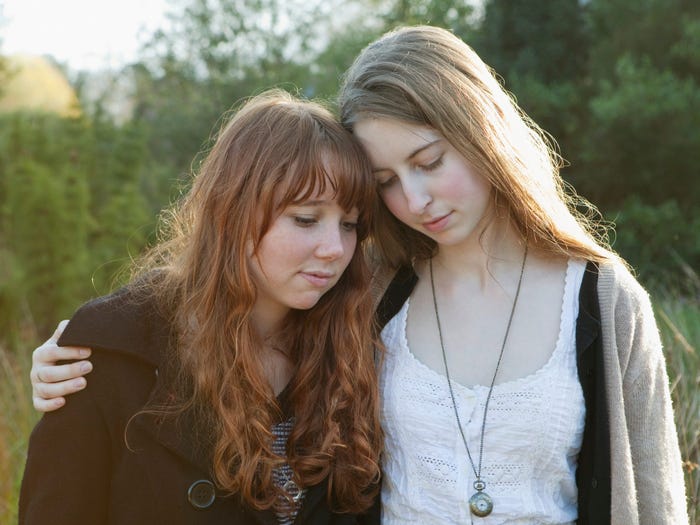 When your friend's heart is broken from a fresh breakup, it's normal to want to do everything in your power to make them feel better.

Often that means defaulting to mean-spirited comments about your friend's ex. You may be trying to show your friend they're better off without their ex, but a hate-fest isn't the best way to help your pal move forward, according to Amy Chan, a relationship advice columnist for more than a decade and author of "Breakup Bootcamp: The Science of Rewiring Your Heart."

"It's very easy to connect on pain and that actually doesn't help you in the long run. It's like having junk food. You feel good in the moment and it's actually detrimental for you later on," Chan told Insider.

That's why Chan forbids ex-bashing at her Renew Breakup Bootcamp, a seven-day retreat for newly single people looking to rediscover themselves and detox from their past relationships.

Instead of bashing a friend's ex, prioritize keeping their mind off of the breakup

Below-the-belt digs about a friend's ex aren't productive, Chan said. Instead, she suggested showing support for them in more tangible ways to get them out of a post-breakup funk.

"What happens when someone goes through a breakup is they will feel like doing things naturally that are actually very detrimental. For example, they'll want to isolate. They might stop eating," Chan said.

If you notice your friend is having trouble taking care of themselves, encourage them to push forward.

Chan suggested asking your friend to go for a walk together around the neighborhood to get them out of the house.

If you friend doesn't live nearby, you can take a virtual approach, like hiring a dance teacher to instruct a Zoom class with a group of friends, or writing and mailing a letter to your friend that highlights your favorite things about them.

"When that person who's grieving the breakup has that craving to contact their ex or scroll through the social media feed of their ex, they can actually go to other ways to get that dopamine," Chan said of the feel-good hormone a happy relationship helps to illicit.

Instead of saying, 'Everything happens for a reason,' listen to your friend vent

It can be difficult to make sense of the reason a breakup occurred, but you should never attempt to soothe your heartbroken friend with the phrase "Everything happens for a reason."

Chan said this sentiment can feel disempowering to a newly single person who is still grieving their loss.

Instead of giving your two-cents about why the breakup happened, simply tell your friend you're there to listen to what they're feeling and thinking, whether good or bad.

"I think in the very beginning all we need is to know that we're not alone, we're safe, we're seen, and we're not judged," Chan said. "All the opinions, all the advice, tell your friends and family to stay away from it because it's not helpful in the long run."

How Naya Rivera Balances Her Show and 3-Year-Old Son: It’s a ‘Juggling Act’

Scarlett Johansson's Trainers Open Up About Her Intense Workouts: 'Her Work Ethic Is Unmatched'

Why you need more vitamin D in the winter