Adults who were conceived by ‘mistake’ are more likely to cheat, new research suggests.

People who feel their parents did not plan or want their pregnancy are often insecure in their relationships, a study found.

Lead author Professor Omri Gillath, from the University of Kansas, said: ‘Feeling unwanted or unplanned increases the chances people will have concerns and worries regarding trust, closeness and dependence toward relationship partners.

‘Having this mental image is hanging like a cloud over their heads and may result with higher sensitivity to rejection. This may doom every new relationship to fail.

‘Insecure people are more likely to engage in extramarital relationships or be stuck in a vicious cycle of breaking up and getting back together again.’ 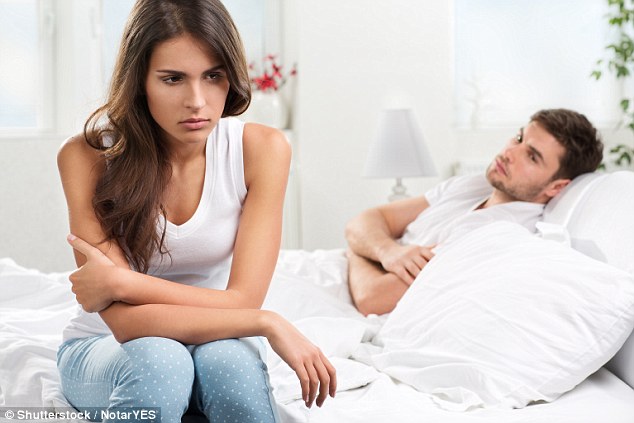 ARE PEOPLE IN OPEN RELATIONSHIPS SATISFIED?

People in open relationships are no more sexually or emotionally satisfied than monogamous couples, research suggested in June 2018.

As long as couples have sex to be close to each other or to fulfill their desires, there is no difference in how content people are with their partners, a study found.

Those who get intimate for less personal reasons, such as to avoid an argument, are less likely to be happy in their relationships regardless of whether it is open or monogamous, the research adds.

‘This debunks societal views of monogamy as being the ideal relationship structure.’

Up to seven per cent of people in the US are in open relationships and as many as 48 per cent in the UK are interested in being polygamous.

The researchers analysed 142 people in open relationships and 206 who were committed to one person.

The participants were asked how sexually and emotionally satisfied they are with their partners, as well as how sexually fulfilled they felt.

Those with multiple partners focused on their main one.

Questions included whether they considered separating from their partner and if they confided in them.

The researchers analysed 350 people who completed an online questionnaire.

The questionnaire asked how the participants think, feel and behave in relationships, which is known as their ‘attachment style’.

Professor Gillath explained: ‘People can be either anxiously attached – concerned about being abandoned and rejected – or they can be avoidantly attached – they try to downplay the importance of close relationship and suppress their emotions.

‘Alternatively, they can be securely attached – when they feel comfortable or at ease in close relationships and are not worried about trust, dependence or getting too close or not close enough to others.

‘Attachment style plays a role in romantic relationships but also in people’s relationships with siblings, friends and others in one’s social orbit.’

The participants were also asked if they think their conception was planned or wanted.

Of the participants, 56 believed they were of unwanted pregnancies, while 174 claimed they were unplanned.

‘If you tell your child, even as an adult, it may have consequences’

The researchers wrote: ‘Being unwanted, and to a lesser extent unplanned, was associated with attachment insecurity (anxiety and avoidance).

‘Birth status and knowledge about it play a role not only in parents’ but also children’s lives – affecting their attachment and mental representation into adulthood.’

In a second part of the experiment, volunteers were asked to imagine their conception was unplanned.

Professor Gillath said: ‘Though we can’t really change someone’s birth status, we can simulate the process of revealing that you were unwanted or unplanned – either because someone told you or you found out yourself. We tried to create in a lab such a scenario.

‘We asked people to imagine they found out they were unwanted or unplanned, then we measured state attachment, or how they felt at that moment.’

Results suggest this made them feel more insecure in their relationships.

Professor Gillath added: ‘Even though they were only imagining something that may have happened 20, 30 or 40 years ago, doing that was strong enough to make people feel more insecure.’

The researchers recommend parents are cautious if they decide to tell their children their conception was unwanted or unplanned.

Professor Gillath said: ‘We often tend to assume that whatever happened in the past isn’t going to be as important at present and time heals everything – people will simply go on with their lives.

‘For this specific type of event, we found this isn’t the case. This is something that lingers even as people grow up and become adults and is affecting current relationships in a negative way.

‘If you tell your child, even as an adult, it may have consequences, and you should try and figure out ways to provide support so that any negative effects of the information would be buffered.’

This Girl Was Banned from School Pictures Because of Her Hair

Everything You Need To Know About Eyelash Extensions