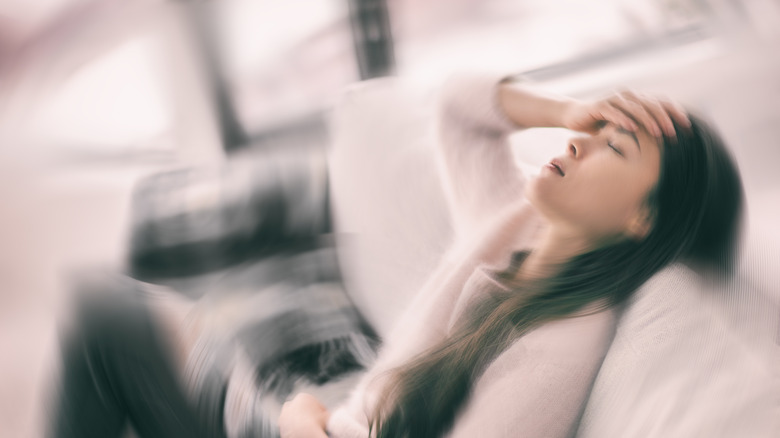 There are few things more embarrassing than having a casual conversation with someone with a warm place like an outdoor picnic or baseball game, and then suddenly, out of the blue, you start to feel not quite right. If you are prone to fainting, it often goes like this: you start to feel nauseated, and then within seconds your eyesight goes, your hearing goes and then… you faint (via WebMD). Waking up on the ground to see the shocked, concerned face of the person you had been talking to (and probably those of the people who gathered around you after you collapsed) is no one’s idea of a good time.

But beyond embarrassing, fainting can be dangerous, as injuring yourself or hitting your head upon falling is always a risk, and it can be especially frightneing if you don’t know the root cause of why you fainted. So what causes fainting, how can you help prevent it, and when should you be concerned or see a doctor?

What's causing your fainting and what to do 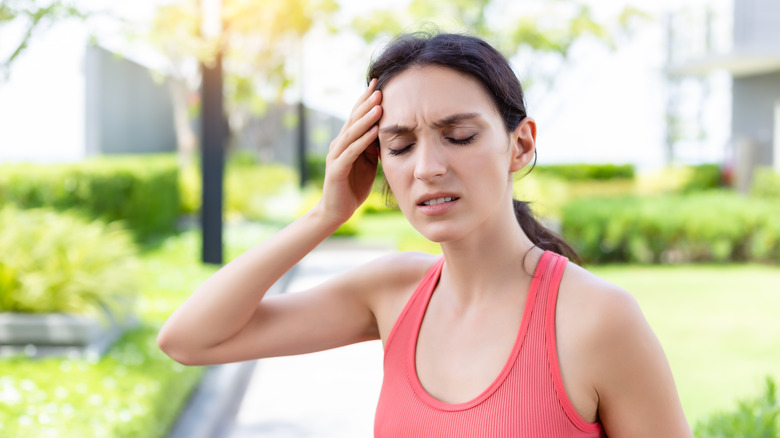 The medical term for fainting is “syncope,” and there are multiple different causes, though most fainting spells last from a few seconds to a few minutes (via Healthline). Often, in movies, someone will faint from fright, and this is legitimately a thing that can happen, either from shock, trauma, or as a symptom of a panic attack. Also in movies that take place in centuries when women wore corsets, you might see a woman faint daintily from the constriction and inability to breathe in the tight garment. In fact, couches called “fainting couches” became popular in the Victorian era so that women who had “the vapors” (a tendency to faint)n had somewhere soft to land (via Elle Decor).

But these days, we know the causes for passing out are vast and varied, and include severe pain, a sudden drop in blood pressure, low blood sugar, hyperventilation, dehydration, standing in one position too long, standing too quickly, physical exertion in hot temperatures, coughing too hard, straining during bowel movement, seizures, or consuming certain drugs or alcohol (via Healthline). If you find that you are fainting without a clear cause or if it is happening regularly, you should see your doctor to determine the exact cause. But if you just know you have low blood pressure or respond poorly to hot environments, make sure to stay hydrated, consume a little salt to keep your electrolytes and blood pressure stable, and sit frequently.

The real reason some people need less sleep than others

The Makeup Debate: What’s the Right Age For Kids to Wear Makeup?