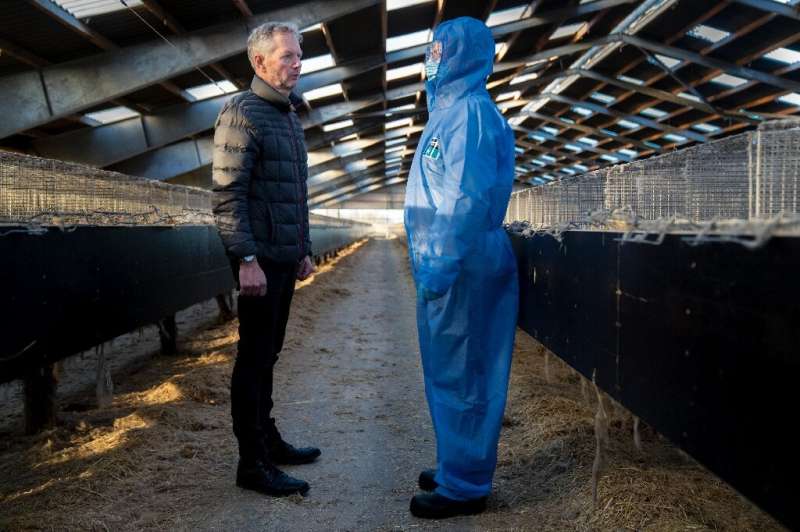 Europe’s mink farms should regularly test their animals for Covid-19 and carry out sequencing until the risk of the virus spreading to humans is eliminated, two EU agencies said Thursday.

The European Commission ordered the report following coronavirus outbreaks on mink farms in several European countries in 2020, with confirmed cases of the virus being spread to humans.

Its findings recommend “monitoring and surveillance of mink farms…for as long as SARS-CoV-2 exposure from humans to mink cannot be excluded,” calling for weekly surveys and testing of dead minks.

It also recommended “systematic genotyping” of detected strains and called for “the genome sequences from all infected animals (to be) shared.”

Given the rapid spread among minks once the virus has been introduced, periodic testing of random samples should be done rather than farmers waiting until they see signs of the disease among the animals, it said.

The report was compiled by the European Food Safety Authority (EFSA) and the European Centre for Disease Prevention and Control (ECDC).

According to the agencies, as of January 2021, the virus has been detected at  400  mink farms in eight countries in the EU area.

That includes 290 in Denmark, 69 in the Netherlands, 21 in Greece, 13 in Sweden, three  in Spain, two in Lithuania and one in France and Italy each.

The report also noted that the number of farmed minks had “drastically decreased and many countries have already banned fur farming” due to virus outbreaks.

After a breakdown, this man started a huge mental health support group

Diabetes type 2: The 55p snack that lowers blood sugar levels by 23% within minutes

Wives bore the brunt of child care during the shutdown