Little girl saved – by an HIV-infected liver: World first as doctors transplant organ from HIV-positive mother into her daughter in a desperate bid to cure her end-stage liver failure

In order to save her daughter’s life, an HIV-positive mother in South Africa had to make an excruciating decision between watching her little girl die of liver disease or infecting the girl with HIV by donating her own liver.

More than seven million South Africans are living with HIV, and the country has the most widespread antiretroviral therapy program in the world.

Though the program allows many to live long and healthy lives, their organs are still outside of typical protocols.

But the worldwide shortage of organs is now as pressing an issue as HIV, and experts in the US and abroad have begun to loosen donation restrictions to save lives.

The South African woman’s HIV-positive liver was the best hope for her daughter, who had no other options and little time as her own liver was quickly failing.

A year after the groundbreaking operation, the team from Wits Donald Gordon Medical Centre reports that both mother and daughter have made full recoveries, and that treatment with PrEP may have kept the girl free of HIV. 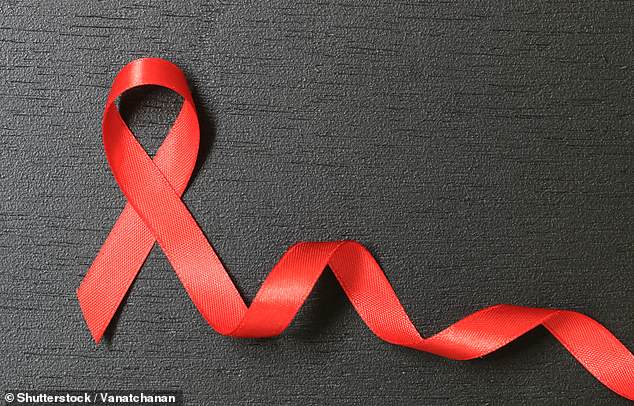 For the first time ever, doctors have intentionally transplanted the liver of an HIV-positive person – a mother in South Africa – to an uninfected one – her dying daughter, a report reveals

With the development of far more effective antiretroviral therapies (ART) and PrEP, the infection is exponentially more treatable and preventable than it had been in past decades.

Life expectancies for those with HIV have become nearly as long as those without the disease, and the viral load can be suppressed to the point that it is not  sexually transmissible.

These momentous gains made in HIV/AIDS medicine are not mirrored in the world of transplants.

‘There are shortages of organs for transplantation and often people find themselves in a situation where they very well may lose their lives for not having an available transplants,’ Dr Anthony Fauci, director of the National Institute of Allergy and Infectious Diseases (NIAID), told Daily Mail Online.

There simply are not enough organs available around the world. As a result, an average of 20 people die a day waiting for organs.

To ensure that the dangerous operations are as safe as possible, there have historically been very tight regulations and requirements for organs to be accepted into transplant programs.

But as shortages only get worse, and treatment for other transmissible disease improves, health officials and organizations have slowly been relaxing some restrictions.

In the US, the HOPE Act of 2015 opened the door for organs to be transplanted from one living donor with HIV to a positive recipient.

Similarly, exclusions of organs from deceased drug users are also being reexamined.

Now, the first case of a liver transplanted from a living HIV-positive donor to an HIV-negative recipient is offering proof of concept that when a life is on the line, a manageable infection may be worth the risk.

In another first, the team at Wits Donald Gordon Medical Centre in Johannesburg first treated the daughter with PrEP, in an effort to lower the risks that she would be infected with HIV from the transplanted liver.

After the transplant was safely completed, the doctors at first detected HIV antibodies in the child’s body, suggesting that she had been infected.

But now, a year later, the antibodies have begun to disappear.

‘At the moment, we are developing new methods for testing the child, and we hope to be able to have a definitive answer to the question of seroconversion in future,’ said Dr Caroline Tiemessen, a professor at the Wits Centre for HIV and STIs.

‘For now the child will remain on ART until we have a more comprehensive picture.’

Even if she does remain infected, ‘the potential of saving a life [in this case] was worth the risk, and it is a risk, not a definite,’ Dr Fauci said.

‘Clearly, the child would have died if the transplant had not occurred, and given the state of our ability to successful manage life with HIV infection for a long time, the decision to risk an infection you can control as opposed to the almost certain death of a child … I think was appropriate.’

The child’s future will remain uncertain, as the infection appears to be receding, but could return, but for now she and her mother are both living and well.

A transplant between family members – HIV-positive or otherwise – is always best with living donors, in order to ensure compatibility and lower rejection risks.

But ‘there is nothing in this case that says it could only have been from a mother to a young child,’ Dr Fauci says.

For the time being, such decisions will need to be made on a case-by-case basis, as the technique is ‘not quite yet proven … [and] sensitive in terms of having a medical and ethical analysis involved,’ he explains.

But it does ‘open up another channel in situations in which there are no other options except a donor living with HIV,’ Dr Fauci added.

COVID-19 vaccinations: What you need to know about the second dose