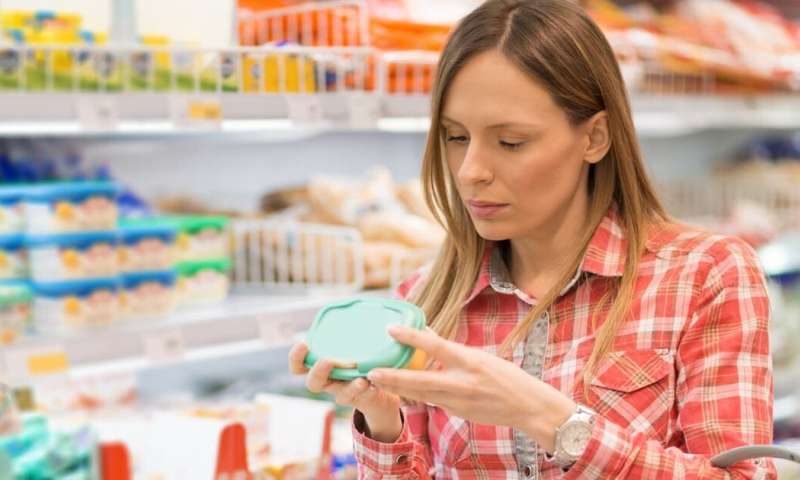 Failing to declare allergens on food labels is a breach of regulations and can put lives at risk. The law relating to allergen labels was changed recently to reduce the risks to consumers. But recent cases of flawed and misleading food labelling, sometimes involving major supermarkets, have called into question the effectiveness of allergen labelling laws.

For example, in November, Morrisons was found to be selling Shirley biscuits in packaging that failed to emphasise the allergens on the ingredients label. Alex Gazolla, a journalist from Allergy Insight, alerted Morrisons to the problem on Twitter but it took the supermarket a whole month to finally respond and withdraw the biscuits from sale.

Unfortunately this is not an isolated case. There a similar cases of inadequate allergy labelling on foods every month. In fact, the Food Standards Agency publishes details of allergy alerts where food retailers and manufacturers have recalled products found to have misleading allergy labels. In November there were nine such alerts.

These included: Waitrose recalling its Carrot and Coriander Soup as it did not declare the fact that it contains barley and celery, Aldi recalling Breaded Chicken Steaks due to undeclared milk and, perhaps most worrying, Mondelez recalling Cadbury Dairy Milk Little Robins because some products contained almonds which were not mentioned on the label.

The law relating to allergy labelling is clear. Under the European Food Information to Consumers Regulation, where there are pre-packed foods which contain one or more of the allergens defined by law, the name of the allergen must be emphasised on the label. This is commonly done by highlighting the name in bold type. But there are exceptions to this rule. For example, where the product or food doesn’t have any packaging or it does not require an ingredients list at all (alcoholic drinks with a strength of 1.2% ABV or more or dairy products with no added ingredients).

As with other areas of food law, the rules are evident, but my own research has found that the weak link is enforcement. In the case of Shirley biscuits, Gazolla reported the problem to Morrisons twice and then to West Yorkshire Trading Standards, the local authority where Morrisons’ head office is based. It still took a whole month for any action to be taken. This is unsurprising. Local authority trading standards departments bore the brunt of the cuts during the austerity years that followed from the financial crisis in 2008 and they are still to recover.

In any event, Morrisons took the decision to withdraw the biscuits from sale without intervention from enforcers and they may have been motivated by the risk to consumers and sensitive to the risk of bad publicity. But it is disappointing to see that in spite of this incident, there is still no allergy alert on the FSA website.

Of course, there are too many laws and too many products for enforcers to closely monitor but where a company is told about a problem, in the light of the potential dire consequences, it’s reasonable to expect a quick and joined-up response. Instead, the case highlights the fragmented nature of enforcement.

Children are more likely than adults to suffer from an allergy—and the number of hospital admissions of children with anaphylactic shock has, according to the Natasha Allergy Research Foundation, increased by 72% over the past six years.

Natasha Ednan-Laperouse died in 2016 aged 15 when she suffered from an allergic reaction after eating a baguette purchased from Pret A Manger which contained sesame that was not declared on the label. As a result of the concerted campaign by Natasha’s parents the law relating to allergen labelling was changed to implement tighter rules for pre-packed foods for direct sale. From 2021, food that is made and packed where it is sold will be required to have a full ingredients list that emphasise those ingredients that are known allergens.

Where foods are not pre-packed and is made onsite at a restaurant, takeaway or sandwich shop, there’s more flexibility in relation to how allergen information is provided. The food business must still provide information about the allergens but there is no requirement on businesses to provide full details of ingredients on each item. A food business can provide the information by a label on the shelf or a notice that directs consumers to make an enquiry to staff.

So in some cases the information can be provided orally. For example, a notice may say: “If you’re worried about allergies, speak to a member of staff”. But the use of this method means there’s no label on each individual item and—crucially—it puts the onus on the consumer to find out.

The family of Owen Carey, who died in 2017 while celebrating his 18th birthday, has called for a change in the law so that the discretion afforded to restaurants to provide allergen information orally is removed. Owen suffered from a dairy allergy and the chicken breast he had eaten had been marinated in buttermilk. This was in spite of the fact that Owen had told staff at Byron Burger about his allergy.

Perdue Foods recalls ready-to-eat chicken that may be contaminated with bones: USDA

Slimming: With these tips you will reach your optimal weight – Naturopathy naturopathy specialist portal

How kids can benefit from mindfulness training