‘It’s like cutting off a finger – every second of the day’: Mother-of-two, 42, reveals knee surgery left her with skin condition so painful it’s called ‘suicide disease’ because it drives sufferers take their own lives

When mother-of-two Kristin Fast ruptured the ACL in her left leg in February 2018, she was told she would need surgery to repair it.

Doctors told the 42-year-old from Phoenix, Arizona, that it would be a simple procedure and to take it easy for the 10 days that followed.

But in the days and weeks after the operation, Fast’s leg stayed purple and swollen, and the slightest touch left her in severe pain.

That’s when she was diagnosed with a rare skin condition called Complex Regional Pain Syndrome (CRPS).

The condition allegedly causes the most pain a human can endure and has come to be known as ‘suicide disease’ because of how many people take their own lives following a diagnosis. 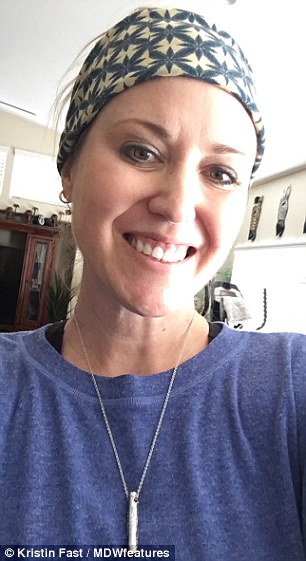 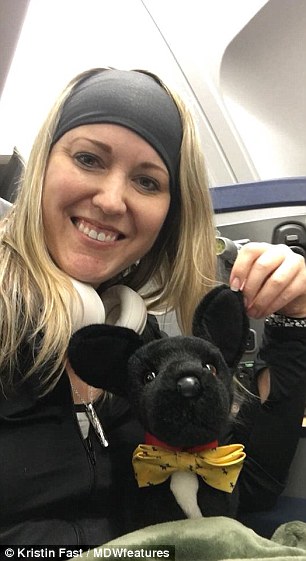 Mother-of-two Kristin Fast, 42 (left and right), from Phoenix, Arizona, ruptured her ACL in February 2018 and was told she needed surgery. But in the days and weeks that followed, Fast’s leg stayed purple and swollen, and the slightest touch left her in severe pain 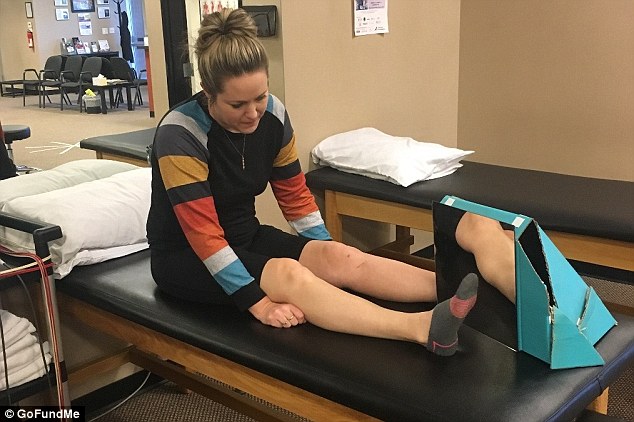 In April 2018, she was diagnosed with Complex Regional Pain Syndrome, which allegedly causes the most pain a human can endure, and usually develops after an injury or a surgery. Pictured: Fast

According to the National Organization for Rare Disorders, CRPS usually develops in an arm or a leg and after an injury, a surgery, a heart attack or a stroke.

Symptoms include a burning sensation in the affected extremity; sensitivity to touch or cold; swelling; and changes in skin temperature, skin color and skin texture.

The cause of CRPS is not well-understood but is believed to be due to the peripheral and central nervous systems being injured.

Currently there is no known cure although there are a number of therapies used to manage symptoms including oral and topical pain relievers, nerve-blocking medications and behavioral management therapy.

There are fewer than 200,000 CRPS patients in the US with the disease affecting two to five percent of people with peripheral nerve injuries.

Fast says that before her diagnosis in April 2018, she was outgoing and active and she expected to be up within two weeks of her surgery.

LIVING IN PAIN: WHAT IS CRPS?

The pain is often unconnected to the seriousness of the injury and can be out of all proportion from what the sufferer would expect.

The condition is little-understood, but some medical experts think it is caused by damage to the nervous system, which causes nerves to misfire in some way, triggering pain.

If left untreated the pain can spread to other parts of the body too.

Some sufferers have repeated episodes of pain followed by stretches of pain-free remission.

It can be treated by physiotherapy, to prevent muscle wasting, certain types of painkillers and counselling to help people cope with the chronic pain.

‘Within six days of the surgery, my leg was way worse than expected, not better,’ she said.

‘By that time, my leg had turned purple and became very sensitive to touch. I began sleeping with a “tent” over it because I had become so sensitive to anything touching my leg.’

Fast likens her constant pain to a burning hot ice-cold sensation that feels like leaving a hand in freezing cold water for five minutes.

She says that even splashes from a shower feels like someone has taken a razor to her leg and ‘sliced it right open’.

If she doesn’t elevate her leg, it can turn almost black because blood is not properly circulating. This forces her to be confined to a wheelchair.

Fast also suffers with a bone-crushing ache, muscle ache, cramps and atrophy in her quadriceps, hamstring and calf.

‘CRPS is the most painful condition known to human existence because there is no escape from the pain. It can happen to anyone, at any time, after any injury,’ she said.

‘Imagine cutting off your finger. Imagine the pain. Now imagine that happening to you every second, every minute, of every day.’

Fast has had four spinal blocks, which involves narcotics or an anesthetic being injected with a needle, in an attempt to block the pain – but it has been unsuccessful.

In May, she flew to Italy for a trial drug called neridronic acid. It is part of a class of medicines called bisphosphonates, which bind to the bone’s surface and stop bone breakdown. 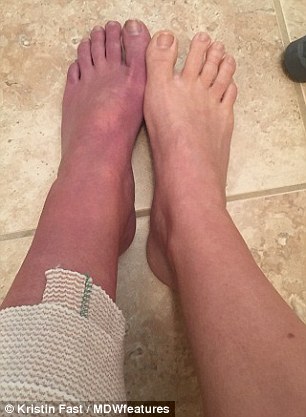 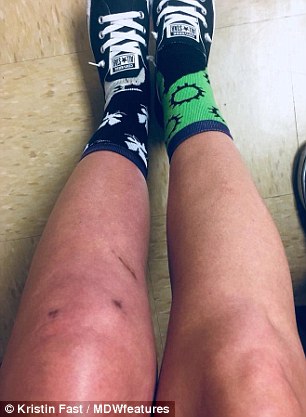 Fast likens her constant pain to a burning hot ice-cold sensation that feels like leaving a hand in freezing cold water for five minutes. She’s been forced to be confined to a wheelchair. Pictured: Fast’s legs in February, left, and Fast’s legs in April, right 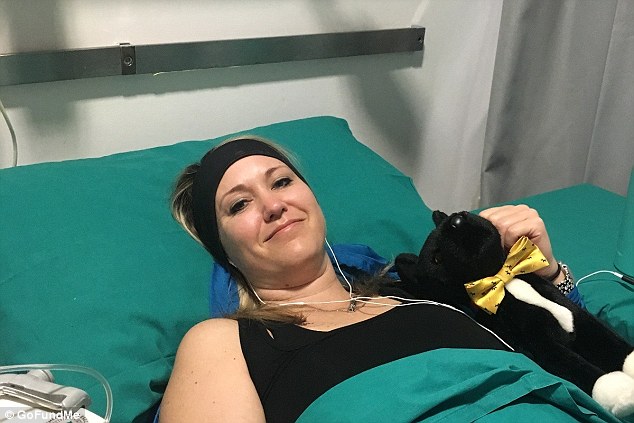 In May, Fast (pictured) flew to Italy for a trial drug called neridronic acid, which binds to the bone’s surface and stops bone breakdown. She says it’s helped with her symptoms 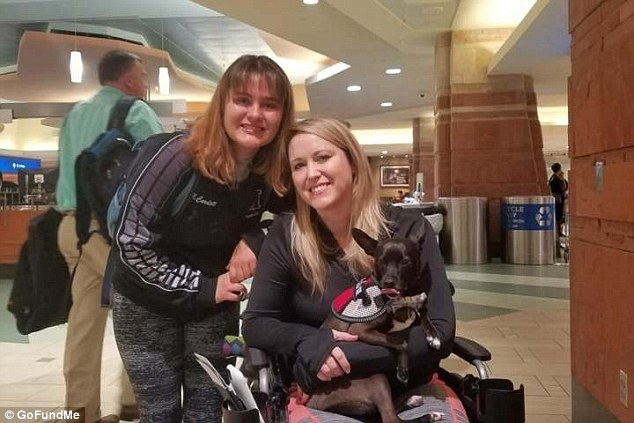 Fast (pictured, in the wheelchair) has started a non-profit called ComplexTruths, Inc, the goal of which is to raise awareness and money for a cure of the condition

The drug can take up to a year to work but Fast says she has seen some improvement in her condition already.

Fast has started a non-profit called ComplexTruths, Inc, the goal of which is to raise awareness for a cure of the condition, as well as a GoFundMe to raise money for research.

‘Ultimately, we want to fund research and help others get the treatment they may not be able to pay for themselves,’ she said.

‘By starting up this website and foundation, I not only hold myself accountable every day to thousands of people but to myself.’

With her foundation, Fast hopes to be an inspiration for others and her own two daughters.

‘They help manage the pain so that I can function. They bring my everyday pain levels down from a twelve to a seven to eight where I can compartmentalize the pain as long as I stay busy,’ she said.

‘I am looking for a cure, I am making a difference and teaching my daughters that one person can make a huge impact in the world if they try.’

Like a ladybug has cost the lives of a Bodybuilder almost

New York deaths double in 3 days, with worst to come

Simple tests to check your feet health at home

Research affirms the power of ‘we’: Largest-ever analysis of couples’ pronoun use affirms the relationship between