How stomach-stapling operation gave Layla the confidence to become an MP: She’s 5ft 6in and weighed 19st, until she had a dramatic wake-up call

To meet Layla Moran, one of the high-profile crop of new MPs elected last year, you’d never guess she’d ever had an issue with her weight. The 36-year-old, with her trademark tortoiseshell glasses, cuts a stylish figure in Westminster.

But looks can be deceptive, and in the wake of the growing childhood obesity problem — one in five children aged ten to 11 is now obese, says Public Health England — the Liberal Democrat MP is speaking out for the first time about her own lifelong battle with weight, which culminated in her undergoing weight-loss surgery at the age of 23.

‘But with more and more young people falling into the obese category, I wanted to talk about my own experiences in the hope it might help de-stigmatise it.’ 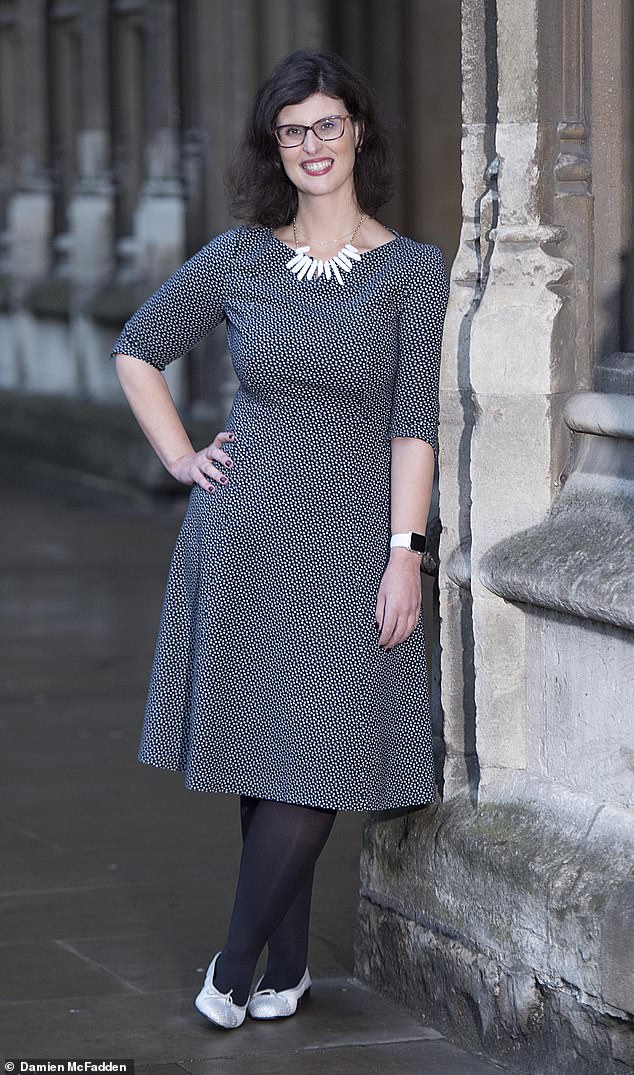 Success: Liberal Democrat MP Layla Moran is speaking out for the first time about her lifelong battle with weight, which culminated in her undergoing weight-loss surgery at the age of 23

The teacher-turned-MP — who last week appeared for the first time on the BBC’s Question Time and has been tipped as a future Lib Dem leader — even doubts she would have stood for Parliament if she hadn’t managed to shed the weight, which had left her with low self-esteem.

‘My weight was always an issue as a child,’ says Layla, the eldest of four. ‘When I was one, Mum started talking to doctors about my size. I think there was a genetic issue — some of my mum’s aunties were very overweight or obese.’

Unlike her two younger sisters and a brother, Layla was ‘always chubby’.

‘One of my earliest memories is Mum telling me not to have as many sweets as the other kids because I put on weight so easily,’ she recalls.

When she was 11 or 12, ‘the sort of age that girls start to notice boys, and as a girl you care a little more about what you wear and look like, I remember looking at women’s magazines and thinking: “I’m never going to look like that” ’.

By the age of 15 she was a size 16 to 18. Her overriding memory of her teens is of being embarrassed about her weight, especially when out shopping with friends.

‘They were looking at the flashy stuff at the front of H&M and I had to go to the back of the shop, where in those days they had the plus-sizes,’ she says. 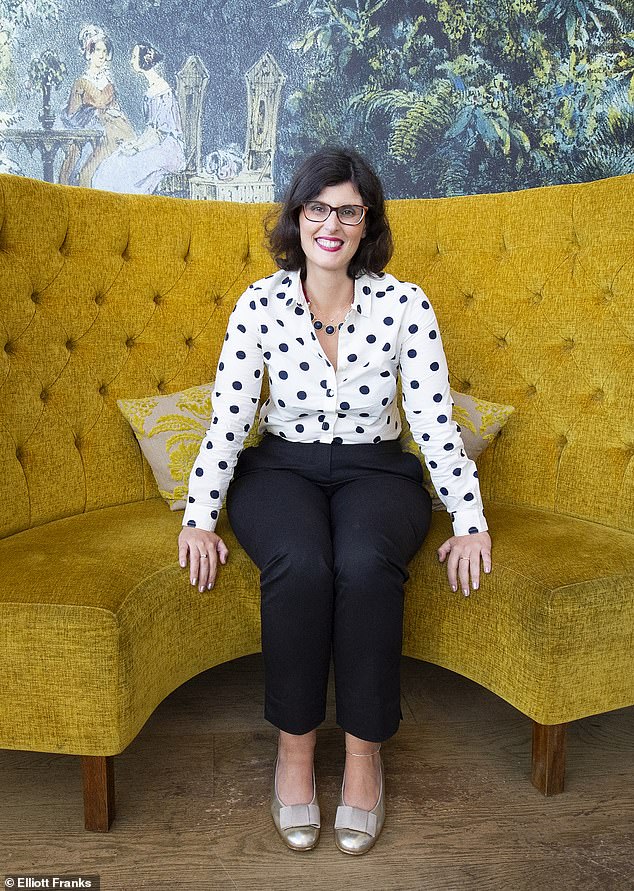 The teacher-turned-MP — who last week appeared for the first time on the BBC’s Question Time and has been tipped as a future Lib Dem leader — even doubts she would have stood for Parliament if she hadn’t managed to shed the weight, which had left her with low self-esteem

Layla’s parents and family were ‘always very supportive’, but at 11 she joined a gym and by 13 she was on an almost constant diet.

She was at boarding school for five years (her father was a diplomat), and every week would be called downstairs to go on the scales in front of the housemistress. ‘The intentions might have been good, but it was so humiliating,’ says Layla, now MP for Oxford West and Abingdon.

There was more to her weight gain than her genes, she admits: ‘In my teens, when I occasionally got sad as a lot of teenagers do, I found solace in eating.’

As a university student ‘in a high-pressured environment’ at Imperial College London, where she studied physics, she suffered ‘mild to moderate depression’ and was prescribed anti-depressants.

Meanwhile, her weight continued to balloon. Shortly after graduating in 2003, the then 20-year-old Layla joined an amateur orchestra as a cellist and had an accident that forced her finally to confront her size.

‘Another cellist jumped off stage for fun after a rehearsal one day, and I thought I’d do the same thing, not realising how bad an idea it was when carrying all that weight,’ she says. ‘The jump shattered the bones in my ankle and I was confined to a wheelchair for three months.’

It was a wake-up call. ‘I realised that now was the time to get a handle on my weight problem —whatever it took.’

After three months in a wheelchair she topped the scales at 19st and her body mass index was over 40 — officially obese.

Layla was referred to an endocrinologist for tests, but these didn’t reveal anything new. The specialist then suggested she might like to think about weight-loss surgery.

‘I was shocked, but at the same time desperate to lose weight,’ she recalls.

‘It wasn’t an easy decision because it was a potentially dangerous operation,’ says Layla. ‘But nothing else had worked.

‘I hated looking at myself in the mirror. And there were the health benefits of being slimmer. My size made me more likely to get type 2 diabetes and perhaps even cancer, and could have affected my fertility.’

Layla had the surgery in 2005. ‘At the time it seemed a really “out there” thing to do — it was quite a new operation,’ she says.

‘And very few people had spoken about having bariatric [weight-loss] surgery.’

Layla, who’s recently come out of a long-term relationship, continues: ‘Part of me felt a failure for even considering the operation; a lot of people are vilified when they opt for such surgery.

‘But then I realised it was actually a really brave thing to do, because I was acknowledging that I wasn’t going to beat my weight problem on my own. 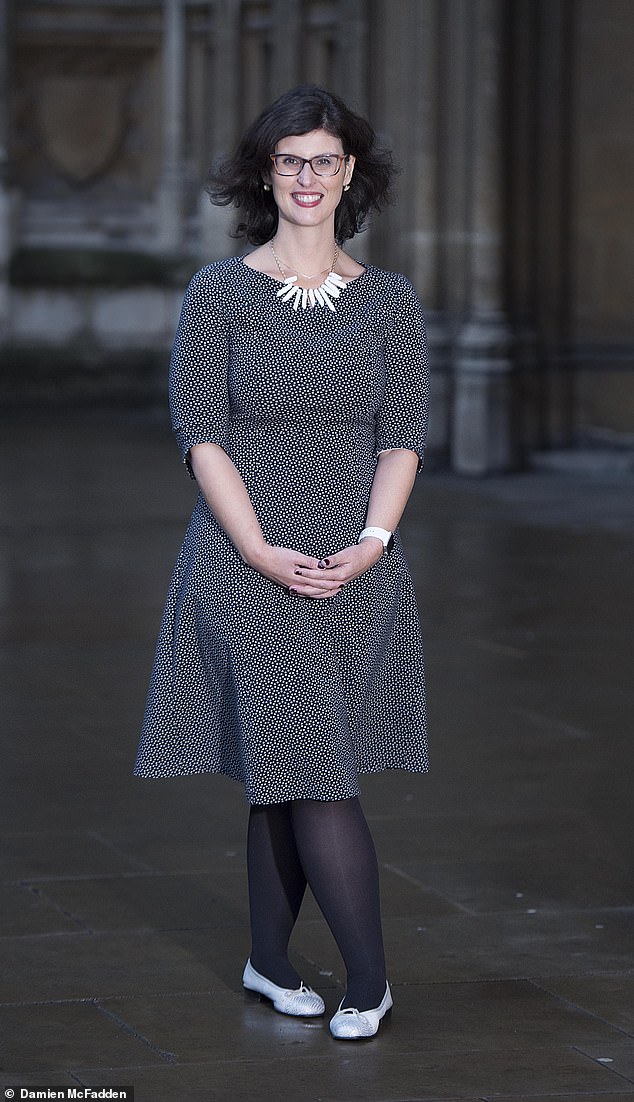 Layla, who’s recently come out of a long-term relationship, continues: ‘Part of me felt a failure for even considering the operation; a lot of people are vilified when they opt for such surgery.’

‘Secondly, I was giving myself the chance to explore what it might be like not to be carrying the extra weight I had been carrying all my life.’

She had the four-hour operation in Belgium, where she was then living and working. Her stomach was stapled, reducing it to around a third of its size, with a capacity of about 250ml — ‘about the same as a glass of water’.

The surgery ‘was incredibly painful. I was on painkillers for a couple of weeks and I struggled to eat afterwards,’ she says. ‘It was several weeks and months before I could eat any kind of volume of food.’ Even now she struggles to finish, say, a plate of meat and potatoes. But it is a small price to pay, she says, because the operation has proved a resounding success.

‘When I began shedding weight, people would often say: “You look great!” But if they asked how I’d done it, I just said: “By working with doctors.” I didn’t want to have to explain everything.’

The weight loss gave her self-esteem a massive boost.

‘It was like I was a new person,’ she says. ‘And I don’t know if I’d have had the confidence to stand as a Member of Parliament if I hadn’t lost all that weight.’

She also noticed that people began to treat her differently. ‘In the old days, I’d stand at a bus stop and a bus would sail past, whereas nowadays a bus is more likely to stop right in front of me,’ she says. ‘I’m not kidding!’

However, Layla is quick to point out that ‘the surgery was not the end of the issue — I still have to keep tabs on things — but it was a help to get to a new beginning’. A long-term side-effect of the surgery is that her body’s absorption of B vitamins (B12 in particular), vitamin D and iron is poor because of changes in her stomach anatomy, so she has to have regular injections. She also needs regular blood tests to check she is getting the right nutrients.

Perhaps not surprisingly, given her long struggle with her weight, Layla has strong opinions about the language of ‘being overweight’ and ‘obese’.

‘I can only speak for myself, but I think that the way the Government talks about “the obesity crisis” and “the obesity epidemic” isn’t helpful,’ she says.

‘When you’ve got society calling you a burden and talking about how much money you’re costing the state, it’s bound to impact negatively on your mental health.

‘I think we need to make access to mental health services a priority in the obesity strategy, too.

‘Being overweight or obese is not like smoking — incidentally, I was a smoker and found it much easier to give it up than losing weight — because so much of my being overweight was genetic and, I felt, out of my control.

‘Surgery was the right thing for me, but it is a big decision and must be done hand-in-hand with doctors. Such operations carry a stigma, and I’m sure there are people reading this who will think: “You don’t need to have surgery to lose weight, you just need to eat less and move more!”

‘I don’t think they’d ever say that if they’d been through my life-long struggle with weight. Stomach reduction surgery certainly isn’t an easy way out.’

That said, she admits her life now is ‘so much better than the trajectory I was on before’, adding with a smile: ‘I’m very happy with the new me.’

The ULTIMATE Proof That Your Weight Isn't Everything

Best supplement for the heart: The four supplements to reduce heart disease risk

The Unexpected Side Effect Late-Night Snacking Has On Your Skin

‘On-Again, Off-Again’ Relationships May Be More Trouble Than They’re Worth