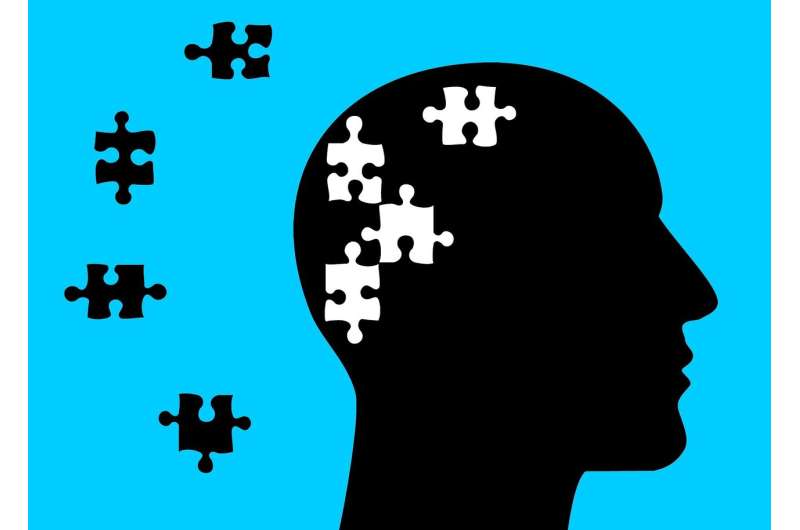 As people go about their daily activities, complex fluctuations in their movement occur without conscious thought. These fluctuations—known as fractal motor activity regulation (FMAR)—and their changes are not readily detectable to the naked eye, but FMAR patterns can be recorded using a wristwatch-like device known as an actigraph.

A new study, led by investigators at Brigham and Women’s Hospital, the Massachusetts General Hospital (MGH) and Washington University at St. Louis, analyzed FMAR patterns in cognitively healthy adults who were also tested for established biomarkers of preclinical Alzheimer’s disease (AD) pathology. The team found that FMAR was associated with preclinical AD pathology in women, suggesting that FMAR may be a new biomarker for AD before cognitive symptoms begin. Results are published in Alzheimer’s & Dementia: Diagnosis, Assessment & Disease Monitoring.

“Our day-to-day movements that are subconscious can reveal changes in the brain that may occur many years before symptoms show,” said co-first author Lei Gao, MD, assistant professor of Anesthesiology at MGH, and clinical director of the Medical Biodynamics Program in the Division of Sleep and Circadian Disorders at the Brigham. “If validated in future studies, this may provide a window of opportunity for early treatments and motivate the modification of existing risk factors.”

For their study, the researchers assessed 178 cognitively normal adults from the Washington University Knight Alzheimer’s disease Research Center. All participants underwent 7 to 14 days of home actigraphy. Pittsburgh Compound B (PiB) PET amyloid imaging was performed in 150 of the participants and cerebrospinal fluid (CSF) was obtained in 149 of them.

The team found that degradation of FMAR was significantly associated with both markers of preclinical AD. The relationship was independent of age, physical activity, circadian rest-activity pattern fragmentation and APOE-e4 carrier status (a gene variant predictive of risk of AD). When the researchers looked at differences between men and women, they found the relationship remained significant among women but not men.

“FMAR represents a non-invasive biomarker for testing and screening for AD,” said Gao. “In addition, we focused on daytime activity, which removed sleep as a potential confounder. The results also remained after controlling for more established circadian disruption measures; this suggests that FMAR has unique pathways to AD pathology that require further study.”

The authors note that study participants were relatively homogenous, so they were unable to fully consider race or ethnicity in their analyses, and that external validation and replication are needed.

For better or worse, the COVID-19 pandemic has changed the health care delivery landscape

Calorie Counts on Menus May Be Trimming Americans’ Waistlines

Three-dimensionally reconstituted organoids that are just like human organs