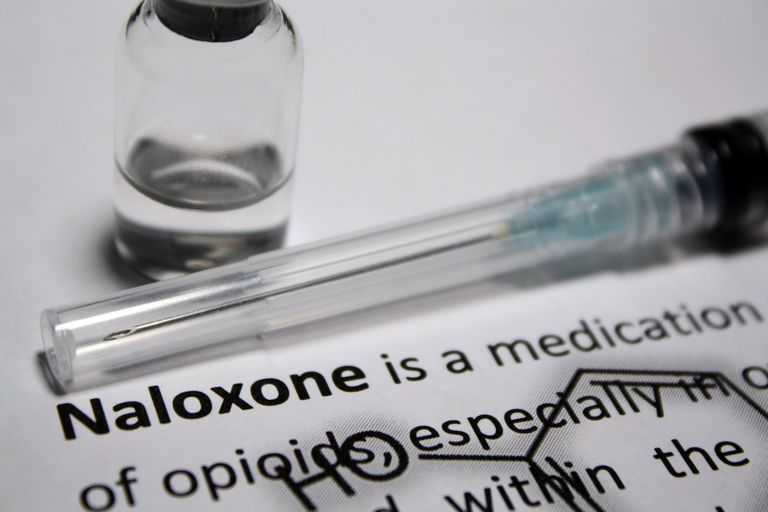 Narcan, the brand-name version of a drug called naloxone, is a powerful medication that almost instantly reverses opioid overdoses.

Given the deadly opioid crisis that’s been gripping the United States in recent years, you might have heard stories about Narcan’s lifesaving abilities and its increasing availability in stores across the country.

Here are a few things to know about Narcan, the opioid overdose reversal drug.

Narcan is a medication that binds to opioid receptors in the brain and blocks the effects of opioid drugs like painkillers, heroin, and fentanyl, according to the National Institute on Drug Abuse. Once Narcan has been administered, a person experiencing an opioid overdose can have their breathing restored in a matter of minutes.

The drug has been available for use by medical professionals in hospitals since the 1970s.

How is it administered?

Naloxone comes in three FDA-approved forms. There’s an injectable for use by medical professionals, and an auto-injectable and a nasal spray that can both be administered by anyone.

It’s so easy to use, this little girl whose brother had a heroin addiction practiced injecting it with her teddy bear.

Where can I get Narcan?

Narcan is available at pharmacies across the country — including at Walgreens and CVS.

Walgreens, the second-largest pharmacy store chain in the U.S., announced in late 2017 that it was joining CVS in making the life-saving drug naloxone widely available to the public as an over-the-counter medication in more than 8,000 of its stores nationwide.

For Walgreen’s, selling the drug was an important step in fighting the opioid crisis.

“By stocking Narcan in all our pharmacies, we are making it easier for families and caregivers to help their loved ones by having it on hand in case it is needed,” Walgreens vice president Rick Gates said in a company statement.

How much does it cost?

According to Time, brand-name Narcan typically runs around $130 to $140 for a two-dose kit. If you have insurance, it could cost as little as $0 to $20. Community-based organizations may provide Narcan for free, and emergency medical staff may receive it at a reduced cost.

Why is Narcan controversial?

Making Narcan more accessible to the masses has been something of a controversial subject. While many have championed its lifesaving abilities, others say it won’t necessarily put an end to the crisis.

“The increased availability of naloxone will make the resuscitation of overdose victims easier, though it is not clear what impact it will have on the overall opiate epidemic,“ Dr. Daniel Bachmann, an Emergency Medicine physician at The Ohio State University Wexner Medical Center, told Men’s Health via email.

“Naloxone is a rescue method for individuals who generally are already not only opiate abusers, but they are using to a degree which puts their life on the line,” Bachmann said. “To truly combat the underlying problem, changes need to be made on the front end to decrease the number of opiate abusers that form, and on the middle aspect to provide resources for reform of abusers who have already become addicted. Naloxone may save some lives, but it does not solve the problem.”

What are the side effects?

While instantly life-saving, the drug may in fact have more than one adverse reaction, including mimicking the symptoms of withdrawal for those taking it.

“I hate it,” Melissa Tucci, a heroin user in Maine who has been revived seven times told the New York Times in 2014. “When I start withdrawing, I vomit, you get diarrhea, you sweat profusely, your nose will run, you sneeze and have runny eyes, and you ache so bad you can’t even walk.”

Still, others view it as the miracle drug they needed to literally wake up and get their life back together.

“I have a real sense of purpose now,” Sarah Connolly, a woman who was revived using Narcan after overdosing in the bathroom of a Burger King in Michigan, told the Times. “I believe I’m a miracle because I had a second chance.”

How often is Narcan used?

The Marshall Project pointed to a Centers for Disease Control and Prevention (CDC) report that Narcan was credited with reversing more than 10,000 overdoses from 1996 to 2010 alone. However, because the drug can be used multiple times by the same person, even in the same day, it can be hard to track just how often it’s used. To give some perspective, in New Hampshire—one of the hardest-hit states by the opioid epidemic—Narcan was administered 284 times over a three-month span in just a single county alone, according to the New Hampshire Drug Monitoring initiative.

“I understand why some officers are getting frustrated with it. You can have the same officer that revived the same person two or three times,” Detective Lt. Patrick Glynn, of the Quincy, Mass., police department told the Marshall Project.

Narcan may not have the power to fix the opioid crisis on its own. But as the country wrestles with how to address the newly-declared public health emergency, it’ll certainly save a lot of lives in the meantime.

Piers Morgan health: ‘Most frustrated I have ever been’ – star’s ‘debilitating’ long Covid

Bowel cancer: Major signs and symptoms you must not ignore

Mexico holidaymakers struck down by a parasite that causes diarrhoea

Leaving its mark: How frailty impacts the blood

Bowel cancer: Three changes in your normal bowel habit that could signal the disease