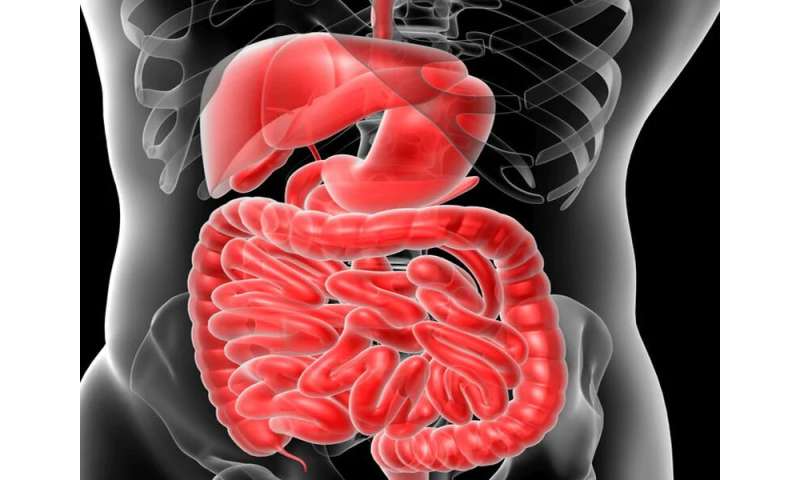 (HealthDay)—Patients with inflammatory bowel disease (IBD) have increased risk of type 2 diabetes, according to a study published online Aug. 5 in Clinical Gastroenterology and Hepatology.

Tine Jess, M.D., from the Bispebjerg and Frederiksberg Hospital in Copenhagen, Denmark, and colleagues conducted a nationwide population-based cohort study involving 6,028,844 persons in Denmark to examine the long-term risk of type 2 diabetes among patients with IBD. Data were compared for individuals with and without a diagnosis of IBD from 1977 through 2014.

The researchers found that 3,436 patients with IBD developed type 2 diabetes during 736,072 person-years of follow-up, compared with 2,224 expected cases (standardized incidence ratio [SIR], 1.54). The risk was significantly increased for patients with ulcerative colitis and those with Crohn disease (SIRs, 1.54 and 1.57, respectively), and for women and men (SIRs, 1.51 and 1.57, respectively). The highest risk was seen in the first year after IBD diagnosis (SIR, 4.48), and risk remained elevated for 20 or more years after diagnosis (SIR, 1.26). Neither frequency of health care contacts nor corticosteroid exposure accounted for the increased risk. The risk of type 2 diabetes was significantly higher for patients who received a diagnosis of IBD from 2003 through 2014 versus those diagnosed from 1977 through 1988 or from 1989 through 2002 (SIRs, 1.79 versus 1.47 and 1.48, respectively).

“The risk was particularly high in patients diagnosed in the new millennium, hence warranting further investigations into the impact of IBD treatments on diabetes risk,” the authors write.

What is cryptosporidium? The pool parasite outbreak causing panic

Bad boss? You may be making things better—or worse

Scientists use bear saliva to rapidly test for antibiotics

What it's like to stay awake during brain surgery