During the 14th century, the population of Europe was ravaged by a cryptic infection that induced symptoms such as vomiting, headaches, fever, and the development of unusual tumor-like growths named buboes. A shocking 80% of those infected died within 8 days of the symptoms first manifesting.

This “Bubonic plague” resulted in the infamous “Black Death”, which resulted in a loss of life estimated to be in the region of tens of millions. While the people and even experts of the day tended to believe the plague was the result of divine fury or “bad air” (in line with miasma theory), the actual beginnings of the catastrophic event were unsettlingly far more unassuming.

The infection was actually caused by the bacteria Yersinia pestis, found in fleas carried on rodents such as the common rat. Unfortunately, the zoonotic bacteria had “spilled over” from rodents into the human population, with disastrous consequences. 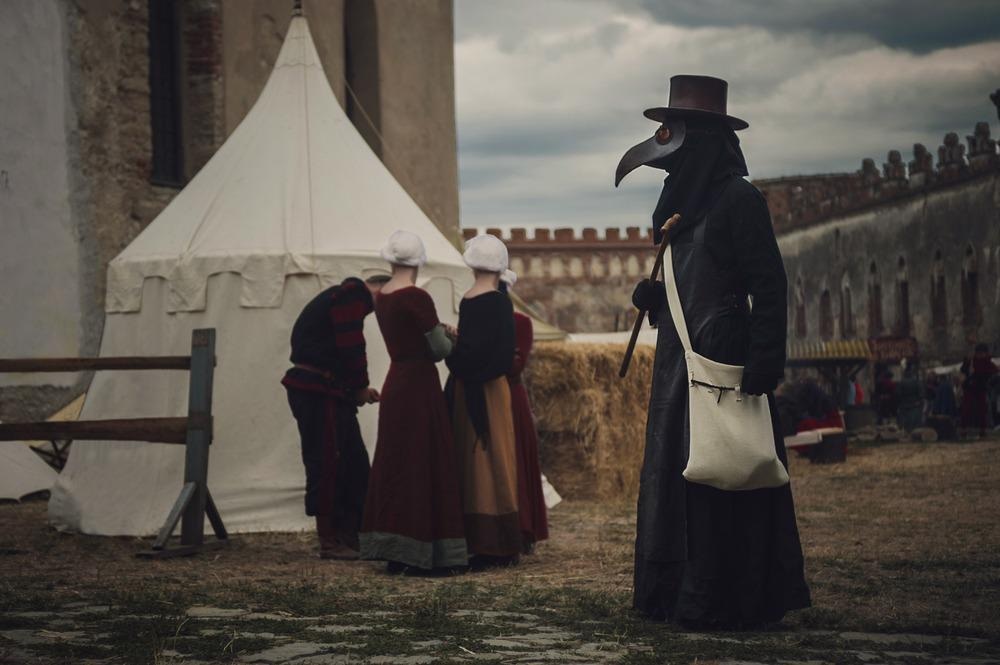 Agriculture, Domestication and the Rise of Spillover Diseases

Archaeological evidence tends to suggest that bacterial and viral infections and diseases were less prevalent in the hunter-gatherer world of the pre-Neolithic Age.

From a practical perspective, this is unsurprising given that at that time, human society was divided into small tribes composed of as little as a couple of dozen individuals. Inter-tribe contact was typically rare which vastly limited the potential reach of even the most virulent of diseases.

These factors, coupled with the fact that humans had yet to keep livestock and so had relatively limited interaction with animals (i.e., typically only during hunting and subsequent meat preparation), meant that spillover events from an animal species to humans were also far less likely to occur.

The agricultural revolution irrevocably altered these dynamics. Firstly, the ability to produce large volumes of food through the cultivation of crops and rearing of livestock lead humanity to transition from a nomadic society to that of urbanization and mass settlement.

Where tribes had previously engaged in little to no communication, now towns and cities composed of thousands of people began to flourish. Secondly, the amount of time spent in direct contact with animal species such as horses, canines, and cattle increased astronomically.

As such, the playing field had dramatically shifted in favor of infections that had the propensity to make the transition to a new host species; homo sapiens. Evidence for this can be found in ancient cuneiform tablets found in Mesopotamia (widely accepted as being the birthplace of civilization), dated to approximately 1770 BCE, which describe laws relating to the compensation owed on the death of a slave due to a rabid dog bite.

Spillover diseases in the 21st Century

Our understanding of spillover infections and diseases has increased substantially since the days of plague doctors and apothecaries. Yet, even so, the past two years of global pandemic have shown that such diseases still pose a colossal risk to human life and society.

To date, an estimated 5.3 million people have died as a result of coronavirus-2019 (COVID-19) infection. Moreover, the economic toll is practically incalculable. Towards the beginning of the pandemic, geneticists and virologists were swiftly able to discern that the infection was caused by severe acute respiratory syndrome coronavirus 2 (SARS-CoV-2).

How to Prevent the Spread of Infectious Diseases

This novel strain had previously been found circulating in Chinese bat populations before making the interspecies crossover through favorable genetic mutations and evolution. In doing so, the virus gained the ability to bind to the human ACE2 receptor with extremely high affinity, thus enabling it to invade and use the host cell’s machinery to replicate and propagate.

While the origins of both COVID-19 and the Bubonic plague are both well understood, they, unfortunately, do not provide us with a clear answer as to how we can prevent such spillover events from occurring.

Indeed, the rate of spillover events appears to actually be increasing over time. There are a few hypotheses as to why this is the case. Firstly, more than 65% of human viruses are zoonotic in origin. This suggests that, given enough time, interspecies crossover is a commonly developed ability in viruses and bacteria. This in turn implies that in a given geographical location, the probability of a zoonotic disease arising is relatively high over time.

While the modern age enjoys the benefits of improved medicine and healthcare, it, unfortunately, provides many avenues for the propagation and spread of spillover diseases. Since the Black Death, the global population has increased from approximately 370 million to currently standing at 7.9 billion (as of December 2021). Modern-day cities are now filled with millions of people, such that the number of person-to-person interactions in urban areas has increased to all-time high levels.

Globalization, as well as unprecedented levels of intercontinental travel, have also enabled infections to travel further and faster than ever seen before. In previous centuries, it could take years or even decades for diseases to spread between countries and continents, with many uncontacted areas of the globe remaining completely untouched (e.g., The Black Death occurred nearly 150 years before Columbus’ first voyage to the Americas, thus allowing these continents to remain completely untouched by the plague).

However, COVID-19 has shown that modern infectious diseases can spread across the globe in a matter of months. This propagation is accentuated by the availability and efficiency of modern transport. For example, an infected person can travel from London to Beijing in less than 15 hours; less time than it might take for the symptoms of a given infection to manifest. This ability to travel vast distances in short periods of time has provided a more powerful tool for infectious spread than any naturally occurring genetic mutation possibly could. 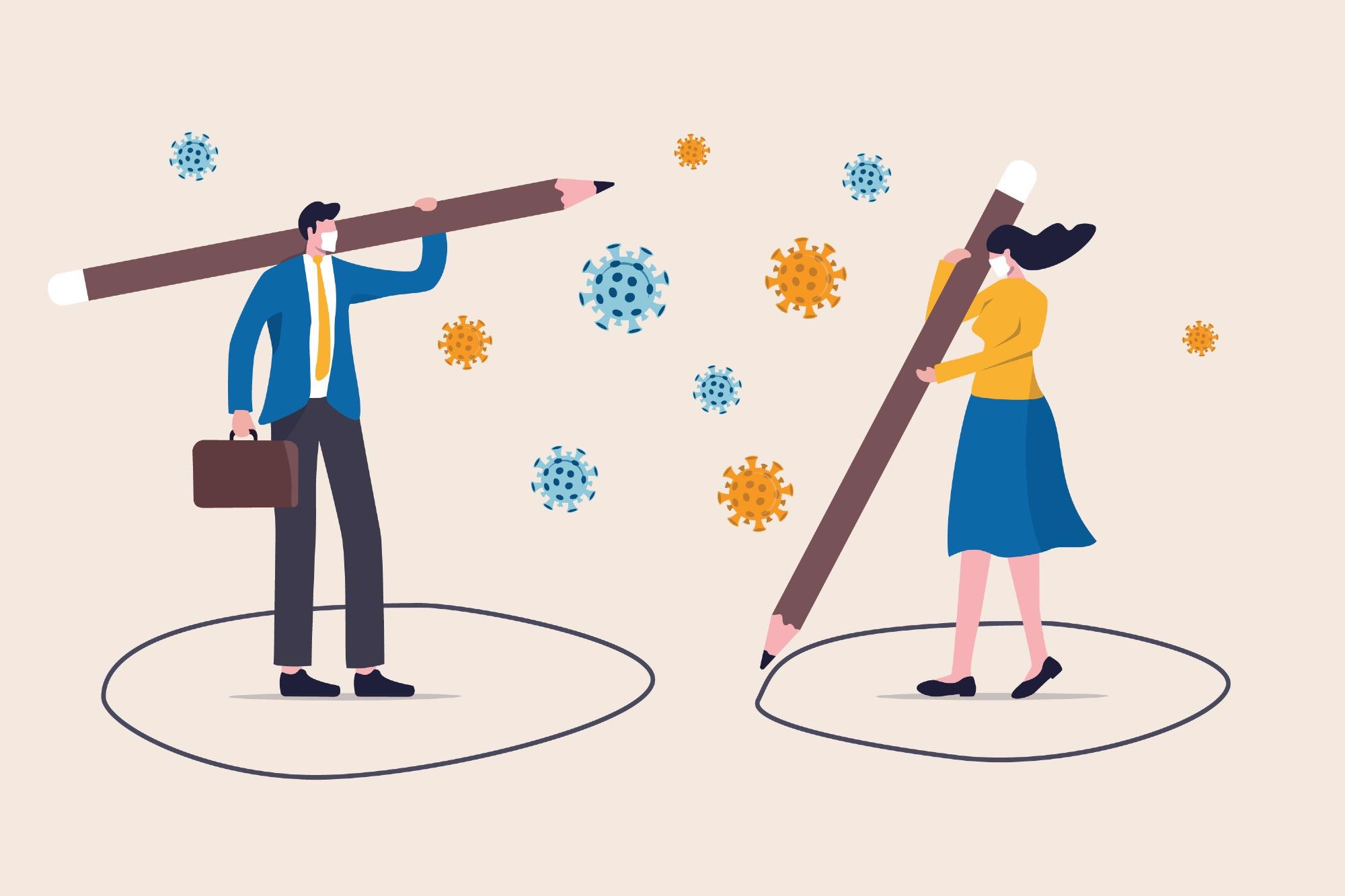 Given the increasing threat posed by spillover diseases, the prediction of such events would be of significant value for health and government officials alike. Unfortunately, the multifaceted, highly complex nature of disease transmission and propagation makes this task extremely difficult if not impossible. As Rohde & McNamara (2021) put it:

The dichotomy between host-range transmissibility bottlenecks and the increased rate of naturally occurring spillovers makes predicting what pathogen could trigger the next pandemic extremely difficult. Discovering an exact emerging pathogen within the global ocean of emerging and re-emerging agents is a tall task, even for those equipped with advanced molecular diagnostics and epidemiologic technologies.”

While generic measures such as travel bans and limitations on interpersonal contact are sure to mitigate and control the transmission of spillover diseases, they do little to prevent future events from occurring wherein a novel bacteria or viral infection makes a cross-species jump.

However, projects such as the Strategies To Prevent Spillover (STOP Spillover), funded by the United States Agency for International Development (USAID), have been given this task in anticipating spillover events before they have the potential to reach pandemic levels. The consortium also aims to create practical interventions to reduce the risk of potential outbreaks in particularly high-risk areas. As well as this, the COVID-19 pandemic has provided vast amounts of data on how infectious diseases can originate and disseminate around the globe. Using such information, it is likely that institutions such as STOP Spillover can formulate effective measures through which the risk posed by spillover diseases can be mitigated, if not entirely prevented. Chris graduated from University College Dublin in 2020 with a Bachelor of Science degree, majoring in Neuroscience. Over the course of his undergraduate studies, he investigated various areas such as nervous system development, sensory neuroscience, and neurodegenerative disorders.

Smartphone app to screen for early signs of dementia

This Is Why You Should Never Workout While Hungover