Kim Kardashian can’t believe how quickly her and Kanye West’s 4-month-old son, Psalm, is growing up.

“My baby Psalm is getting so big,” the Keeping Up With the Kardashians star, 38, captioned a Friday, October 4, Instagram video. “He started off looking like Chicago but now looks like Saint’s twin!”

In the footage, the reality star spoke to her little one from behind the camera while he moved his arms and tried to babble. “Hi, cutie. Look at my baby,” the E! personality said. “Hi, cutie. Hi, Psalm. You want to talk so badly.” 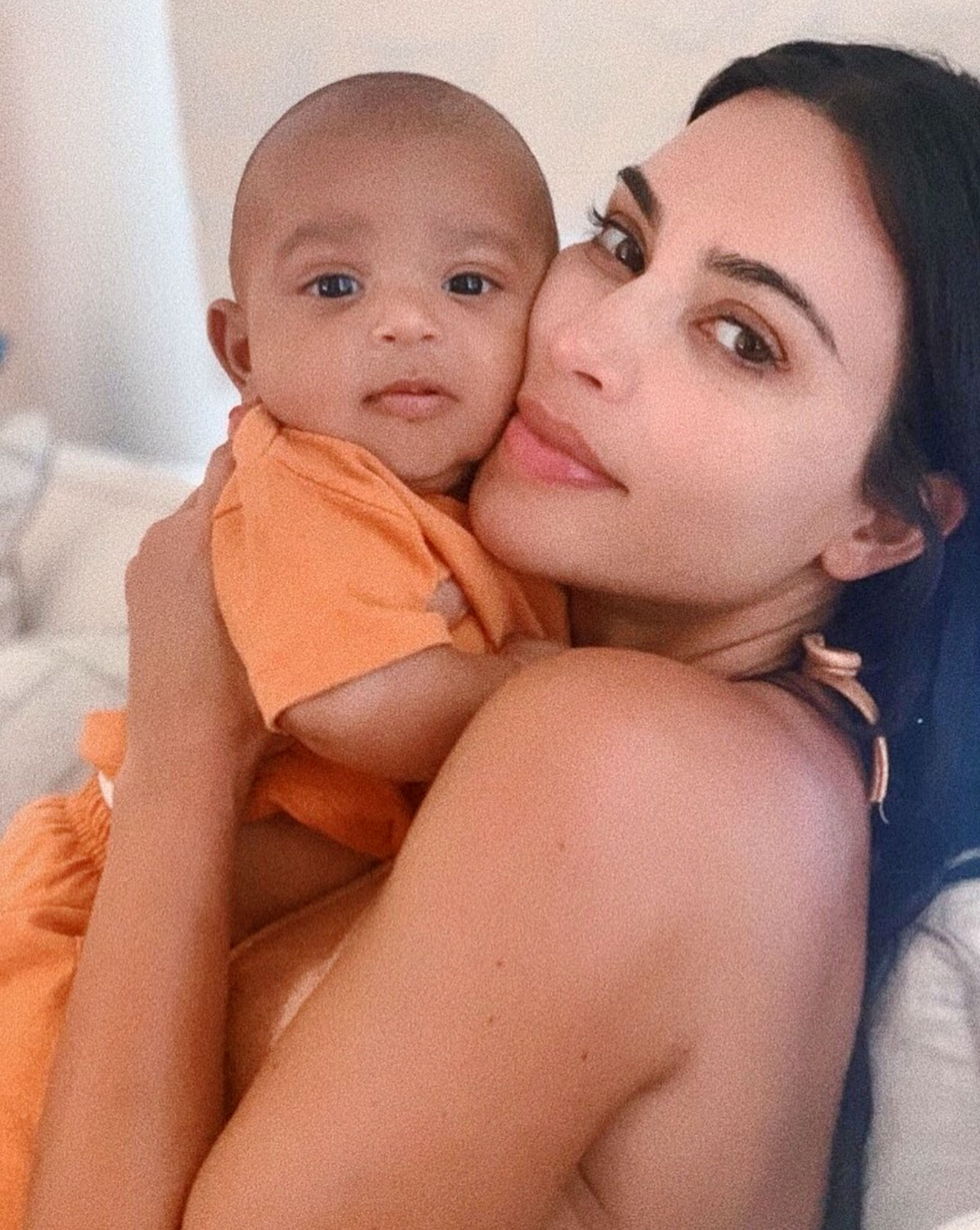 She and the rapper, 42, welcomed their infant via surrogate in May, joining older siblings North, 6, Saint, 3, and Chicago, 20 months. Shortly after Psalm arrived, the KKW Beauty creator tweeted about how alike her youngest two children looked.

“He’s Chicago’s twin lol,” the Selfish author tweeted at the time. “I’m sure he will change a lot but now he looks just like her.”

As for the baby boy’s personality, Kardashian revealed in her September Vogue Arabia cover story that it’s “still too early to tell” if he’ll act more like her or the Grammy winner. “Hopefully, [our kids] will have little bits of us and lots of themselves,” Kardashian said.

Psalm has brought peace to the family’s household, though. “My two older kids would fight a little bit and now, since the baby’s here, everyone gets along, everyone loves each other,” the makeup mogul told Entertainment Tonight last month. “I’m rolling with it. It just really is zen. It feels really equal and calm and great. I feel like having four is so much more zen. I feel really calm and zen. I feel like they all love each other.”

The Los Angeles native went on to say that four kids “is the perfect number” for her and West. “Because I am so busy doing so many other things, I want to make sure each kid gets so much of my attention,” she explained. “I would do even numbers, so I could go two more, but I won’t. I think … [I’d] go crazy.”

This Is Exactly What Your Kids Need This St. Patricks Day

Is your partner’s temper harming your child?