When Allyson Felix crossed the finish line of the 400-meter finals at the U.S. Olympic Trials in Eugene, Oregon, last month, sprinting from behind in lane 8, there was a moment of hesitation before the results flashed. Had she done it? Had the 35-year-old mother of one edged out enough of her competitors to earn her fifth Olympic berth? The answer — as usual when it comes to Felix and all things Olympics — was a resounding yes. Felix’s spectacular finish was good enough for second place, and as she sank to the track, both relief and joy were evident on the 9-time Olympic medalist’s face. 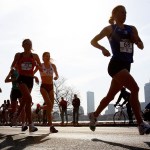 It wasn’t a foregone conclusion. A lot has happened since an 18-year-old Felix first won a silver medal at the Athens games. There have been three more Olympic teams, of course, as well as injuries. In 2018 she added “mother” to her long list of titles, but that was a fraught experience as well: Felix had a difficult pregnancy and childbirth experience (she was diagnosed with severe preeclampsia at 32 weeks and had an emergency c-section), which was compounded by issues with her then-sponsor, Nike. Felix took those issues public in a blistering New York Times op-ed, accusing the company of inadequate maternity protections. (She ultimately parted with Nike and became Athleta’s first sponsored athlete.) Then, COVID hit, and the 2020 Tokyo Olympics were postponed.

SheKnows spoke to Felix this spring, before the Olympic Trials, to discuss her Olympic dreams, how motherhood has made her an advocate, and her participation in P&G’s Good is Gold campaign (watch with tissues!)

“I feel so proud to be a part of the campaign,” she says. “[P&G] has a long-standing history with these amazing, powerful campaigns, and this one really spoke to me because it’s all about leading with love, and especially with where the world is right now, it’s so important.”

Back in Eugene, Felix had a moment of celebration with her 2-year-old daughter, Camryn, on the track. First-place finisher and fellow mom Quanera Hayes and her own 2-year-old, son, Demetrius, joined her. It was the playdate seen ‘round the world, but for a few minutes, they were just two working moms chilling with their kids. For the briefest of moments, Felix’s work was done. But she’s far from finished. Keep reading for our exclusive interview — and watch Felix when the Olympic track and field events start on July 30.

Allyson Felix: Not at all. I’ve always been that athlete that has really just kind of stayed focused on competition and what I need to do. And I think just becoming a mom and everything that I went through, you know, leading up to that and after that just really opened my eyes to a whole new world and really wanted me to. Made me use my voice. And I think by being the mother to my daughter, really finding that courage to use my voice. And so since then, I really tried to speak out on, you know, things that I’ve experienced, just things that aren’t right. And so I never could have imagined that I would be at this point, but really grateful that I found my way here because I feel like it’s really important.

SK: You really opened a lot of people’s eyes to what was going on when you brought up the issue that you were having with Nike. How did you find the courage to speak out about what you were experiencing?

AF: It was really a scary, scary time period because I had seen other friends and other colleagues go through very similar things. And I just felt like, wow, here I am. I started seeing this at 17 years old and now, being a grown woman and a mother and still having the same fight — it just really didn’t sit well with me. I felt like I couldn’t go on any longer without speaking out about it. It was really also just the power of the collective voice of other athletes experiencing things, as well. I was the only one who was still, at the time, competing and going through contract negotiations. And I just felt like, wow, I’m really in a position to talk about change; I have the opportunity.

SK: Who inspires you, when you think about being an advocate, being a voice for other moms, the leadership role you’ve been in, and also the courage you found in yourself?

AF: I think what LeBron James is doing right now is very inspiring. He has such a huge platform [and] he’s using it on issues that affect his community. Alysia Montaño, she’s someone who inspired me to speak out — just what she was doing and what she’s gone through. Those are some athletes, but I find inspiration all over the place. There are so many, especially strong women — women who, across industries, are just doing incredible things.

SK: Speaking of inspiring: You’ve been an Olympian since 2004. How do you just keep getting better?! How are you still doing this at such a high level, and how has motherhood played a role in that?

AF: I feel grateful to have been in the sport for this number of years. I’ve just always tried to take care of my body, and because I do multiple events, it’s really helped me to stay engaged and interested.

Being a mother has changed my focus. I’ve always been a really competitive person and, obviously, I love my sport and I thrive on winning and all of those things. But I think now, it’s really shifted. I want to be a great role model for my daughter and show her what it’s like to overcome adversity and what it’s like to fight. And I just can’t wait to tell her about these last couple of years.

SK: She’s only 2, but does she have any sort of understanding that her mom’s a famous athlete?

AF: It’s funny. The last time that I competed, it was on TV and she was staying with my parents and they were showing her, and I think it was the first time that she was like, ‘Oh, Mama, runs!’ And she started cheering. They sent me a really cute video of it. So, no, I don’t think she really gets it at all, but it’ll be great to go back and tell her because she’s been at training sessions, she’s been at track meets, and, you know, living this life. It’ll be cool to share with her what it’s really been like.

SK: International visitors aren’t going to be allowed in Tokyo, so not having her there cheering you on, what are you anticipating the experience might be like for you?

AF: I’m just really trying to stay open. This [Olympic games] is going to look different than ever before. And I’ve always imagined having my daughter at the games and what would that be like, but now I think I’m just open to new possibilities. I don’t know what that’s going to look like, but I know that we’ll figure it out in some way.

SK: Can you share what this last year has looked like for you — as a parent and as an athlete?

AF: I’m sure for everyone it’s been very challenging. As an athlete, I think the hardest part [was] just not really having a facility to train in. I’ve literally run on the streets of my neighborhood. I ran on the beach. I had to leave for a bit and train out of state. Just adapting to all of those things has been really difficult.

And then as a parent, it’s actually been really amazing. This is the longest that I haven’t traveled, [and] being home and cooking with my husband, and going on family hikes and just [having] so much time where we’re together, has really been a blessing.

SK: Given the unusual and difficult year that we’ve had, and with all that you’re doing both in your sport and in your advocacy work, what are some lessons you hope you’re teaching your daughter, even if right now she’s too young to be taking them in?

AF: How to be resilient. How to overcome. How to pivot. You know, life is not always going to go the way that we imagine and the way that we dream, but being able to adapt to that and then also just being able to celebrate differences and to come together with others… I just hope that she grows up to be a strong woman who can do all those things.

Before you go, click here to see Team USA Olympians over the years. You can still choose your psychotherapist self, but this could be over soon