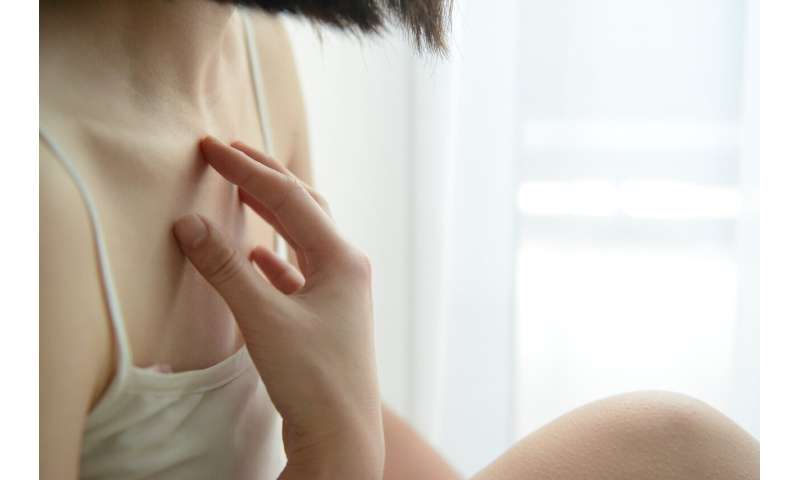 Psoriasis is not a congenital disorder—it only occurs later on in life and has various causes, such as stress or UV irradiation, some of which have not yet been explored. In biomedical science, this frequently occurring inflammatory skin disease is usually associated with a disorder in the immune system, in which the body’s immune response is directed against healthy skin cells. Now, a research team from the Department of Dermatology and the Clinical Institute for Laboratory Medicine has shown that a genetic change in the hair follicles of the skin stem cells can trigger psoriasis.

“In the mouse model, we were able to show that the signal for the disease can be directed from the outside to the inside, and not just vice versa,” explains study leader Erwin Wagner, who recently brought his international group from the Spanish Cancer Research Centre (CNIO) to Med Uni Vienna. The pivotal result of the study, which has now appeared in EMBO Molecular Medicine, is that genetic changes in the hair follicles of epidermal stem cells can lead to deregulated expression of transcription factors, such as the Activator Protein-1 (AP-1) proteins, which can cause inflammatory reactions and thus trigger psoriasis via the immune system. Says Wagner: “If you switch off the target genes of the transcription factors, the inflammation is slowed down significantly.”

“This basic research finding is an important step towards a better understanding of this heterogeneous disease,” adds Latifa Bakiri from the study group at the Clinical Institute for Laboratory Medicine.

The researchers were also able to show that the immune mediator TSLP (thymic stromal lymphopoietin), which is high in psoriasis, plays a significant role in this process. “If you inhibit TSLP, the disease is almost stopped. This makes TSLP a potential target for therapeutic use in humans as well in the future,” says Wagner,but this requires further research.

Lack of exercise: Negative effects after only two weeks

What March's Leo Horoscope Predictions Mean for You

Hispanics are paying the price for being ‘essential’ during the pandemic

Women Who Make The First Move Are Luckier In Love