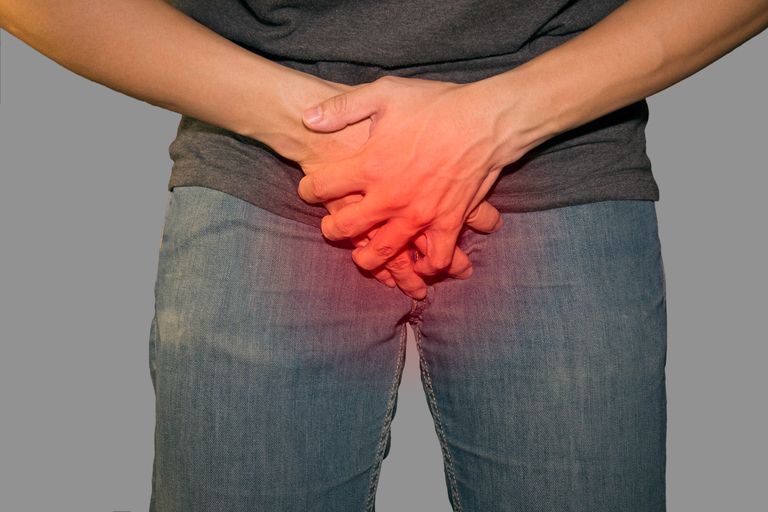 You know what they say about sex: It’s all fun and games until someone breaks a penis. Or tears a frenulum. Or falls on their ass in the shower.

You’ve probably heard about the horrific sex injuries that have befallen some unfortunate men, but because you really can’t be too careful when it comes to keeping your privates intact, we’ve decided to share with you a few more cautionary tales.

A recent Reddit thread asked users to reveal the sex injuries that have landed them in the emergency room, and boy, did people have some cringeworthy stories to tell. Here are a few of them — if you can handle it.

The time woman-on-top went all wrong for a guy during his freshman year of college.

From DukeMaximum: “At one point she came down all wrong and basically folded my erection in two. Let me tell you, it was… unpleasant. My penis swelled up and turned bright purple, and she drove me to the ER. They told me that it was all soft tissue damage, so the only thing to do was to ice it regularly and to try not to get an erection for four-to-six weeks. It was miserable, but I powered through.

“The worst part was that I was still on my dad’s insurance, so he knew everything. The next time I saw him there was a weird silence in the car before he said, ‘Were you wearing a condom?’ I said, ‘Yeah.’ He said, ‘Good job, broke-dick.’ And then we didn’t speak about it for about ten years.”

The time a guy’s girlfriend was giving him a hand job, and thought she’d reached for the lube.

From mc_squared_03: “It feels absolutely amazing, but I noticed that it smelled a little more ‘chemically’ than what it should have been. We finish things up and go to bed shortly after. In the morning I wake up to take a piss and feel a slight sting. Turns out the sting was one of many pieces of dried dick skin that were falling off (it seriously looked like lizard skin). What she had used the night before was not lube, but some industrial strength soap I had taken from one of the labs I worked in at Stanford Medical school. Chunks of skin continued to fall off for the next two days and I could barely touch it for a week because of how bad it stung. I didn’t have to go to the ER, but I certainly learned my lesson.”

The time people got sex headaches — an ailment brought on by orgasms and other sexual activity, according to the Mayo Clinic.

From Oztravels: “After doing the deed I had a MASSIVE headache that was like a bomb going off in my head. Wife rushes me to the ER thinking I have busted a brain vessel and having a stroke. ER basically says it happens a lot. Just kept me for observation than let me go when I could see straight again. Has never happened again.”

From kingbluetit: “First beej off a girl I was dating. I don’t normally like them too much (I mean, they’re nice and all, but not my go-to request) but this one was great. Get close to the end, past the point of no return, and my head just fucking exploded. Tried to hide it, but I literally couldn’t see or move. That motherfucker lasted close to a week.

From severed13: “Broke my tailbone after failed attempt at shower sex. Slipped and fell on my butt.”

The time some guys tore their frenulums, the strip of skin connecting the foreskin to the underside of the penis.

From Cbadson: “First time inside my wife I tore my frenulum … all we saw was blood and we were unsure of who it came from till blood just kept draining from my dick. Almost fainted and had to go to the ER. Just wasn’t allowed to do anything sexual for a couple months”

The time a doctor recalled seeing a patient come in with an erection that had lasted six to eight hours.

From ax0r: “You know those erectile dysfunction treatments that used to be on billboards all over? … Well, as is often joked about, those treatments advise you to go to hospital if it lasts longer than 4 hours. Guy came in, having used those treatments, having had an erection for maybe 6 or 8 hours. His dick was purple — not ‘purple-helmeted warrior of love’-purple, but more ‘holding your breath until you pass out’-purple. Also very painful for the guy.

“We called the urology registrar (read:resident) to ask him to come and look, and for advice on what to do in the meantime. His answer? ‘Take a large gauge needle on a big syringe, stick it right into his glans penis and suck out as much blood as you can.’

“Then my shift ended. I did not stick around to watch that one.”

The time a redditor and his girlfriend were 69’ing in the dark — as she finished, “she involuntarily bit down at the middle of my penis,” he writes.

From Shinjetsu01: “The only way I can describe the pain is like a paper cut. On your penis. The other way I would describe it is that the penis has a massive artery. This means blood is pumping AWAY from the heart. This also means it squirts. A lot. We switched on the light.

“[Blood was] everywhere. It was like a murder scene. My penis was still semi-hard, just spurting blood everywhere … We were at her parents house. I wake up in the ambulance and I’m assured everything will be fine. I’m fully fitted up with a tourniquet and a guy is pressing down on my now flaccid penis. It doesn’t hurt but it throbs.

Want More Affection In Your Relationship? Do This.

3 things that will help you breathe better, lowering your stress levels and blood pressure

Coronavirus symptoms: Two new signs of the deadly virus you need to know

Women Can Tell You're Insecure if You Do These Things