The 3-in-1 parasite preventative Trifexis has been the source of much controversy over the years. Many pet owners have brought the safety of the product into question and in the last six months there have been even more complaints as social media and the press has continued to bring the problem of pet owners to the public awareness. 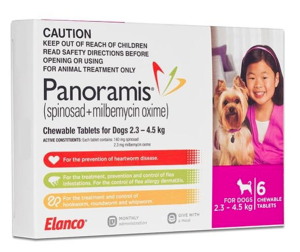 Elanco says that they deliver over 70 million doses of Trifexis every year. As of November 2014, the FDA has received over 965 complaints against Trifexis for dog deaths and injuries.

There are two Facebook groups dedicated to the discussion of Trifexis and the potential harmful results from the use of the medications. The first is Does Trifexix Kill Dogs? . The second group is Is Trifexis Safe?. Both of these groups share anecdotal incidences of both dogs that were harmed by Trifexis and dogs that continue to use the product safely.

Snopes, a website that addresses urban legends, rumors and other controversial matters, has also done an investigation on the data regarding Trifexis and their findings were inconclusive.

Daniel Patrick Cleland, DVM, the Director of Briarcliff Animal Clinic at College Park Georgia decided to look into the issue for his patients. He discovered that Elanco, the maker of Trifexis, has found that Trifexis can cause upset stomachs and even seizures. He also points out that more animals die from heartworm than Trifexis. He also notes that other medications for fleas, heartworm, and parasites also have side effects similar to Trifexis.