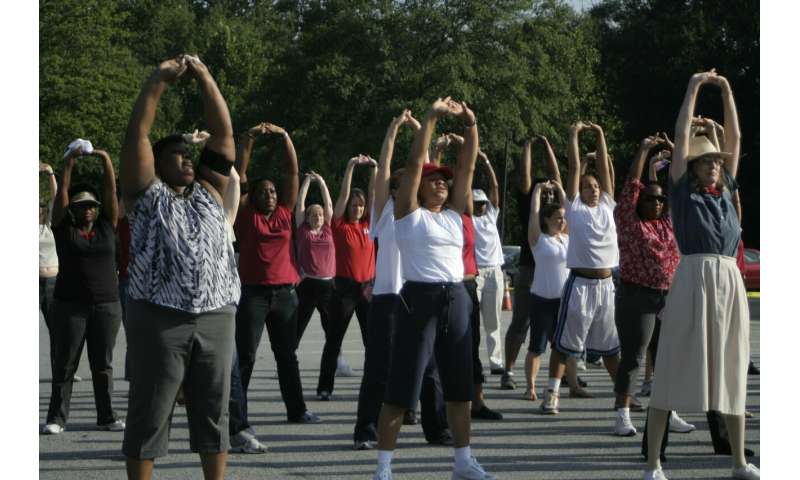 The combination of excess weight/obesity and an inactive lifestyle represents a powerful joint risk factor for developing mobility loss after age 60, according to a new study.

Millions of Americans age 65 and older have difficulty walking, a disability that puts them at high risk of falls and a loss of independence. Other studies had suggested obesity and lifestyle factors such as lack of physical activity played a role in developing this loss of mobility.

“We found that even for healthy older people, prevention of obesity and an active lifestyle were very important in maintaining health and function as time goes on,” said Loretta DiPietro, Ph.D., MPH, a professor of exercise and nutrition sciences at Milken Institute School of Public Health (Milken Institute SPH) at the George Washington University. “Given the aging U.S. population, the findings could lead to a powerful public health strategy that would keep older adults healthy and functionally fit far into older age.”

DiPietro and colleagues analyzed data from 135,220 men and women ages 50 to 71 who were participating in the NIH-AARP Diet and Health Study. The researchers took note of each volunteer’s body weight, levels of physical activity and lifestyle factors and then followed up to see how many had developed mobility loss by the end of the study.

None of the participants had difficulty walking at the study’s start in 1995 to 1996. However, approximately 10 years later the researchers found that 21 percent of the men and 37 percent of the women said they had trouble walking at an easy pace or were unable to walk at all.

The researchers also found that:

The researchers observed a greater burden of walking disability for older women as compared to men. For example, women with obesity who reported getting less than three hours of physical activity per week faced a five-fold greater risk of mobility loss by the end of the study, compared with their obese and inactive male counterparts who had a four-fold greater risk.

Like all other studies of this type, this one has some limitations. For example, this study relied on the participants to report their body weight and physical activity level, a method that is not as accurate as if researchers had measured and kept track of both factors directly, DiPietro said.

At the same time, this study—together with other research—suggests there are potent ways to stave off mobility loss at older ages. First, older people should move more and sit less. An earlier study by DiPietro suggested time spent sitting and watching television was also an independent risk factor for mobility loss.

Second, results from the 2018 Physical Activity Guidelines Scientific Report indicate that even older people with excess weight or obesity can improve their physical function by achieving the minimum physical activity standards set at 150 minutes per week of moderate-intensity activity, with two days of muscle strengthening activity.

Finally, increasing physical activity (especially strength training) may be especially important for older women who may have lower muscle strength and physiologic reserve than their male counterparts.

“Such activity does not require a gym membership,” DiPietro said. It can be accomplished at home, in the yard, or anywhere: Just do it!”

Turns Out Men Are Completely Clueless When It Comes To Periods

The Right Way to Schedule Sex

Tumours ‘corrupt’ healthy tissue to support its ‘growth and survival’