I'm terrible at yoga, but I've had enough one-off attempts to know the routine.

Shoes off, take a mat, position your mat, reposition your mat because your mat now seems closer to the woman on your right than anyone else's is to their neighbour, take a blanket and a pillow-

A blanket and a pillow? 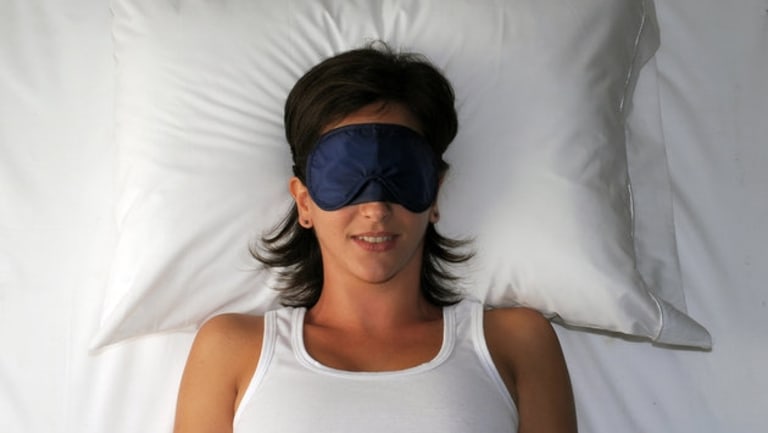 I have signed up for an hour of yoga nidra, also known as "sleep yoga" or "psychic sleep", at Yogala yoga studio in Sydney's Maroubra.

Yoga nidra is described as a state between consciousness and sleep. Participants lie on their backs and turn their attention inward to themselves, focusing on breath and turning their awareness to different areas of the body as instructed by a guide.

An ancient Indian practice, I have been convinced to attend on the promise that half an hour of yoga nidra is as rejuvenating as two hours of sleep.

Yogala's Tamara Ogilvie has been practising yoga for over 20 years. She tells me she uses yoga nidra to "cope with daily life", noting she found it particularly helpful during the sleep-deprived early months of breastfeeding.

In a world of Instagram-friendly downward dogs and sun salutes, yoga nidra – which involves no physical movement at all – is a different, and more personal, form of yoga

"As popular as the more physical form of yoga is, it's sometimes the aspect of yoga we all need the least," Ogilvie says.

Ogilvie recommends practising in the morning as you wake up, or at night when winding down.

I have opted for the latter, walking into her studio for a 7:30pm, hour-long practice.

As participants arrive, the room slowly starts to resemble a high school camp: we pick up our blankets and pillows and lie on our backs, making rows of makeshift beds with our yoga mats in the warm room.

Being comfortable is key, Ogilvie tells us. We are supposed to relax, and not worry if we fall asleep, as can happen when attempting the semi-hypnotic state of yoga nidra. She will give our big toe a little squeeze if the snoring gets too loud.

The practice itself is meditation-adjacent. We slow our breathing and go around our bodies becoming aware of each part, repeating its name in our minds after it is said (although, crucially, not moving or tensing it: just becoming aware).

(Somewhere between becoming aware of my left waist and my right ankle a person on the other side of the room begins to snore lightly. After a few seconds, they stop. I assume their toe has been squeezed.)

Afterwards, Ogilvie tells me that "up to half the room" will fall asleep at some point.

Thinking back, I think I was somewhat awake the entire time, although the hour seemed to pass more quickly than I expected.

The most shocking part of the experience was the rush of energy I felt afterwards. After an initial ten minutes of grogginess, I emerged from my first yoga nidra practice feeling as if I had just slept for 12 hours.

"People can start chasing that high and thinking, 'Oh I want that again!'" Ogilvie warns of the state of restedness one can experience after a practice. "But if you go in the next time and your head feels too heavy, and you're worried you're not concentrating, then you start to get lost in the search for something."

But, why do I feel this way?

Professor Drew Dawson, a sleep researcher from Central Queensland University, says those looking for an answer on how meditative practices make us feel more rested will be "disappointed".

"We can measure changes in brain EEGs and do all that kind of stuff, and there's no doubt that it works… but although we know [meditation] works, we don't know how it works," he says.

Professor Dawson says there are competing theories about what meditation does to the brain, although the measurable brain activity during a meditative practice is "probably not much different" to that of someone lying by themselves in a quiet room.

"Meditation as a science, from a non-western perspective, has a 5,000 year history," he says. "Western science and EEGs have been around for about 100 years… the trouble is, from a western perspective, sometimes we're a bit arrogant about what we know and what we don't."

Despite the mystery, Professor Dawson is quick to shut down my query as to whether, given a 30 minutes of yoga nidra is supposed to be like two hours of sleep, I can just do two hours of yoga nidra a night and call myself a regular, respectable eight-hour sleeper. (Definitely my suggestion, not something I was told during practice.)

"Sleep does things at a really molecular level," he says, noting that it is not only essential for our minds to sort out the information they have received that day, but also for physical recovery.

"There's a stage of sleep known as slow-wave sleep, or deep sleep, and when you're very physically active that increases, so there's a recovery function as you unbend the proteins you bend in your body and brain when you're awake."

The Big Happiness Interview: How we hold ourselves back from making money