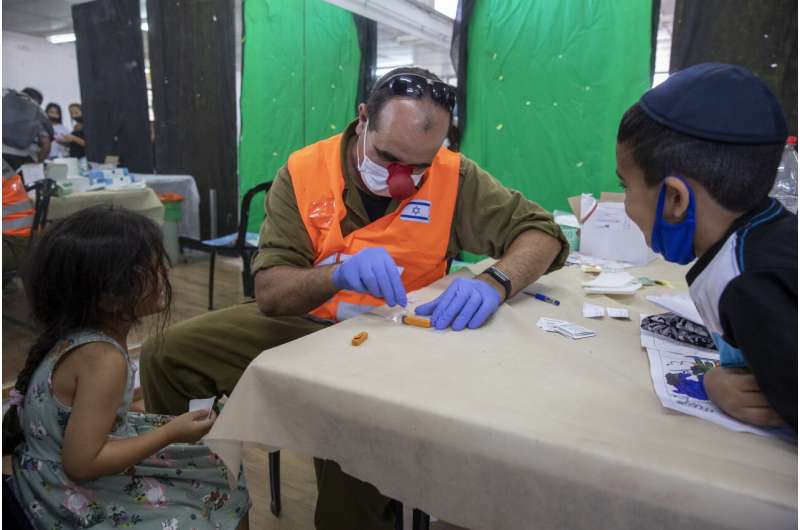 The spread of the virus has been driven by a surge in the delta variant—even among the vaccinated—and sparked talk of crackdowns on gatherings ahead of the holiest days of the Jewish calendar.

The government recorded 9,831 new cases on Monday, the highest single-day figure since Jan. 18, when 10,118 new cases were detected, Israel’s record for the pandemic.

In between, Israel led one of the world’s fastest vaccination drives that seemed to turn the tide on the pandemic. A low of a dozen new cases on May 22 kicked off what was expected to be a go-go summer of tourism, concerts and the giddy return of crowds to Israel’s restaurants and outdoor marketplaces.

“Who’s coming to Israel this summer?!” beckoned Tourist Israel, a popular travel site, on Twitter on June 21. It posted a watermelon popsicle over a photo of Tel Aviv’s seaside skyline.

Not many tourists, as it turns out. The same day, the government registered 125 new cases, more than double the previous day’s count of 49, a snapshot of the spike that’s continued since then. 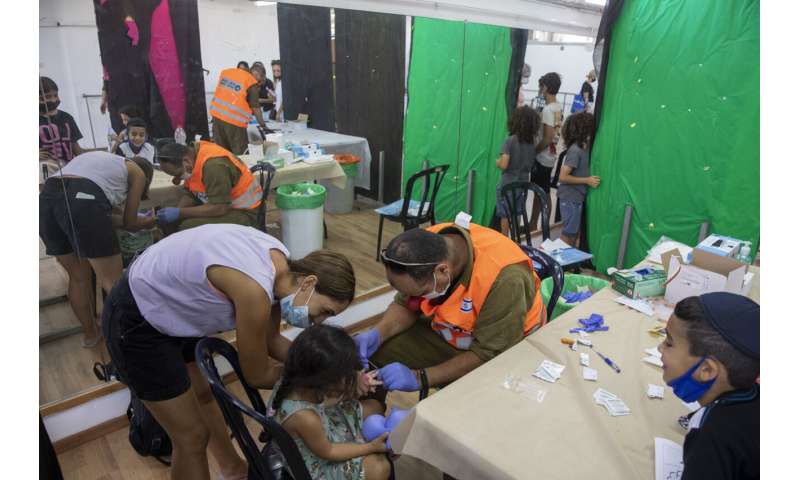 The government soon indefinitely postponed the Aug. 1 target date for reopening the country to foreign tourists, a gut punch to the industry that has suffered a more than 80% drop in incoming visitors during the pandemic. Officials began to issue dire warnings about the return to school and the possibility of new restrictions during the Jewish High Holidays that begin in September.

Mandatory masks and green passports, which had been lifted as infections bottomed out in May, are again required to enter public indoor spaces.

More than 5.9 million of Israel’s 9.3 million people have received at least a single dose of vaccine, and the government’s data show the shots help people avoid severe illness. A disproportionate number of people hospitalized in serious condition are unvaccinated. And morbidity remains lower than at Israel’s peak.

Still, officials have pointed to evidence that the initial round of vaccines become less effective over time.

The surge of infections, said one specialist, is “not entirely unexpected,” but human behavior helped fuel it. 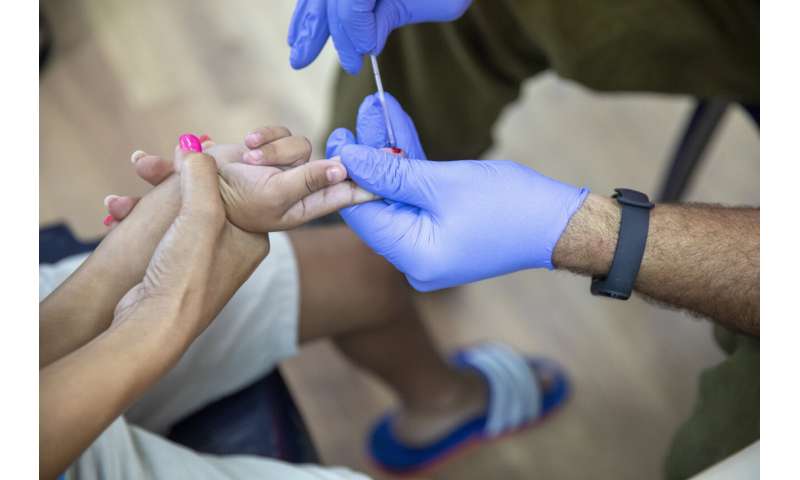 “When the rates went very much down, we didn’t reach herd immunity,” said epidemiologist Manfred Green of the University of Haifa’s school of public health. “But we acted as if we had reached herd immunity.”

Prime Minister Naftali Bennett said Sunday that research is showing a rise in infections among a perhaps unexpected segment of the population: Israelis of middle age who received two shots near the beginning of the year, but not a booster.

“This is because they are going around with the sense that they are protected,” Bennett told his Cabinet. “They do not understand that the second dose erodes over time against the delta strain and that they must be inoculated with the third dose quickly.”

Late last month, Israel began offering booster shots to its people. Beginning with its oldest citizens, that effort has expanded to include anyone over the age of 30 and select others, including health care workers and teachers of all ages.

Almost 1.6 million people have received the third shot, according to the Health Ministry. Early indications are that the booster is helping. 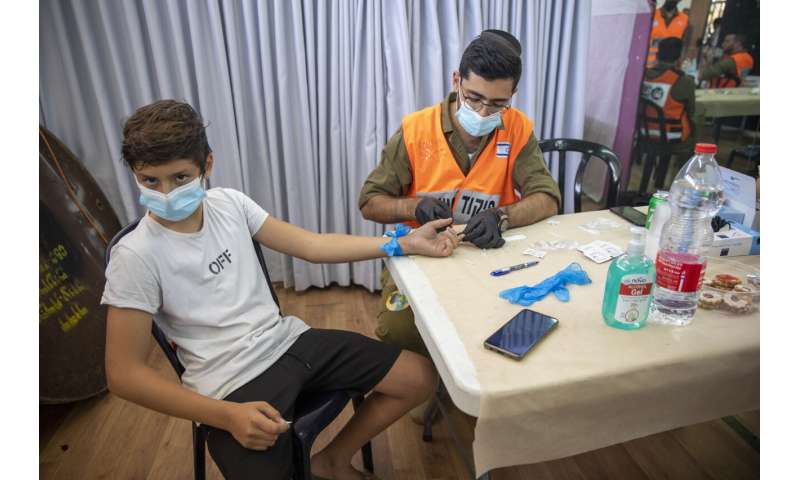 Ran Balicer, an epidemiologist who heads the Clalit Research Institute, which is affiliated with the country’s largest health insurer, wrote on Twitter on Tuesday that while “the rise in serious cases has yet to be fully halted” in recent weeks, “without a doubt there is a change in the trend of defending the vaccinated thanks to the booster.”

The drive for third jabs comes despite the World Health Organization’s appeal for wealthy countries like Israel to share their vaccines with poor nations that have not yet inoculated their citizens. Several other countries, including the United States and Hungary, as well as nations in Europe, the Middle East and Asia, are already offering or planning to offer COVID-19 booster shots.

Over the course of the pandemic, Israel has come under criticism for being slow to share vaccines with the Palestinians.

It has vaccinated its own Arab population, including Palestinians in Israeli-annexed east Jerusalem. But it has only shared limited supplies with the West Bank.

The Palestinians withdrew from an agreement to accept vaccines from Israel in an exchange earlier this summer, saying the medicines were too close to expiring. The Palestinians received a boost on Monday with the delivery of 500,000 Moderna vaccines donated by the U.S. government. 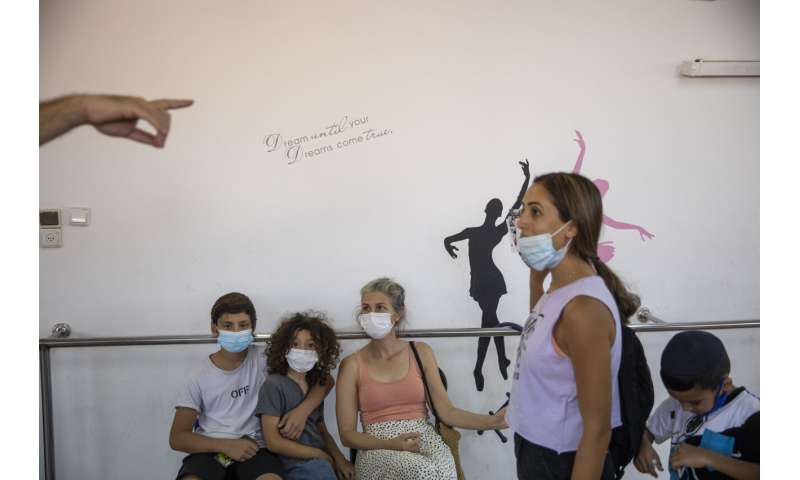 Bennett this week dangled the incentive of holding off on new restrictions if people observe safety measures. That way, he said, “we will celebrate the holidays with our families, freely.”

Amir Halevi, director general of Israel’s Tourism Ministry, said he understands the need for the restrictions. But he said taking a break will mean more difficulties for the struggling industry.

“After the vaccinations, we (had) wonderful momentum to bring back tourists to Israel,” he said. Operators, he said, “will survive because in this industry, they are very optimistic.”

He said the government, for now, is promoting domestic tourism to help the industry survive this period of volatility. The crash caused by the pandemic, he said, came on the heels of a record-breaking 2019, when nearly 4.6 million foreign tourists visited the country.

Over at Tourist Israel, a blog asks: “When will travel to Israel resume?” It promises: “We’ve got your back with updates and inspiration to dream up adventures to come!” 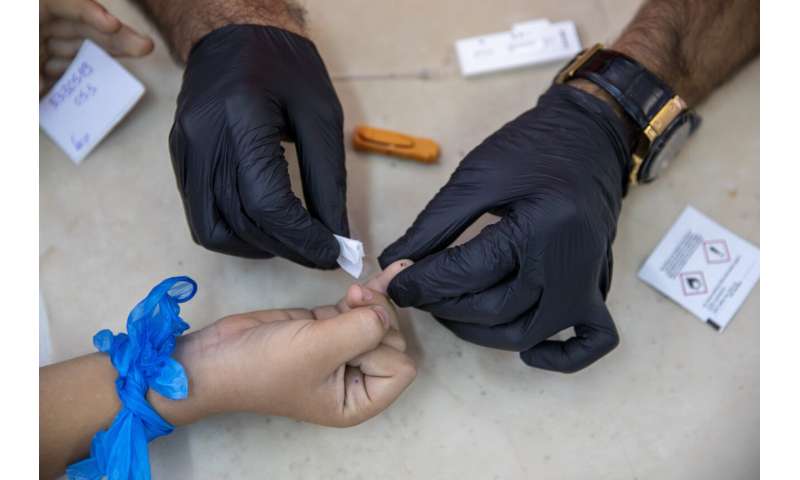 The posting was updated earlier this week, noting the glum reality.

This Leg Waxing Video Is Your New Pimple-Popping Video

Yes, You Should Still Get The Flu Shot Even Though It Was Super-Crappy Last Year

The role of family doctors in advanced therapies