Health Secretary Matt Hancock has said using Amazon’s Alexa voice assistant to give NHS advice is a ‘terrific’ idea despite last year saying he wouldn’t use one.

It was announced last night that the speaker would be connected to the NHS website so it could answer people’s health questions at home.

But critics have said the setup is a ‘data protection disaster waiting to happen’ because of concerns Amazon holds onto voice recordings.

The move is intended to relieve pressure on NHS staff amid an overhaul of the service to become more digital.

Mr Hancock said technology advances – which allow Alexa to answer questions such as, ‘What are the symptoms of flu?’ – would ‘give back the gift of time’ to GPs.

But, amid an increasingly problematic GP shortage in the UK, the plans were blasted as ‘outrageous’ on social media. 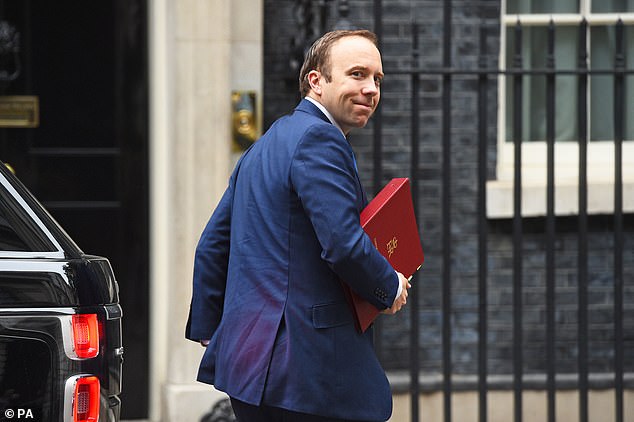 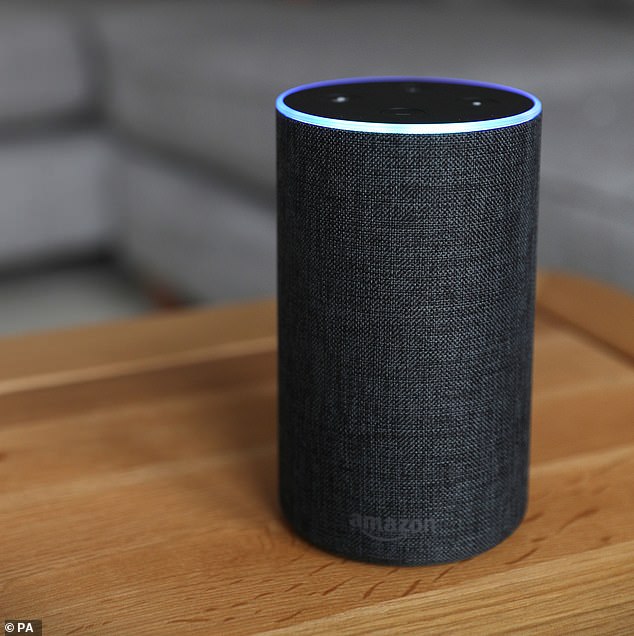 Amazon’s algorithm should be able to answer questions such as: ‘Alexa, how do I treat a migraine?’, and ‘Alexa, what are the symptoms of chickenpox?’, in a bid to relive pressure on NHS staff. But critics called it a ‘data protection disaster waiting to happen’

Until now, people asking Alexa a health question would be given an answer based on a variety of popular responses.

But it can now to give answers based on information from the official NHS website, which has been verified by health professionals.

The NHS said the voice-activated assistant will make its advice more accessible to those who struggle to access the internet, such as the blind.

However, The Times reported that Mr Hancock had dismissed the idea of using voice-assisted technology at an event last May when he was culture secretary.

He said that he did not own an Alexa-enabled device ‘and I wouldn’t want one’, adding: ‘I don’t want one because I think there is an essential humanity that we have got to preserve.

‘We haven’t as a society and as individuals yet at all come to terms with how we use this technology for the better.’

He said: ‘I think it’s absolutely terrific, because at the moment they are asking Alexa about stuff anyway so why not get them the best advice?’

However, the move to team up Amazon and the NHS has been met with scepticism.

When the Daily Mail put Alexa to the test yesterday, we found the gadget failed to provide information on several health conditions.

The device used information from the NHS website for questions on flu, and recommended calling 999 for a broken limb. But for many problems, including ones about sepsis, Alexa said: ‘Sorry, I don’t know.’ In other cases Alexa used information from online forum Wikihow – which has no medical credentials.

Q: Alexa, what are the symptoms of flu? According to the NHS website, flu symptoms come on very quickly and can include a temperature of 38C or above, aching body, feeling tired or exhausted, a dry chesty cough, sore throat, headache, difficulty sleeping, loss of appetite, diarrhoea, or tummy pain, and nausea or being sick. 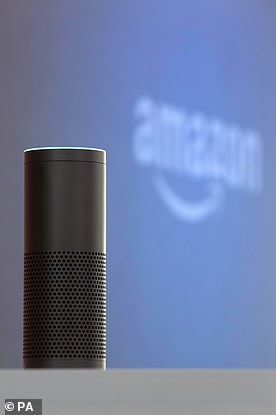 Q: Alexa, I think I’ve broken my arm, what should I do?

Q: Alexa, I can’t breathe, what should I do?

According to Wikihow, to breathe properly, take deep breaths using your diaphragm so you’re getting more oxygen, and avoid taking shallow breathes with your chest.

Q: Alexa, I think my Dad is having a stroke, what should I do? (Asked three times)

Sorry, I’m not sure.

Q: Alexa, I think I have sepsis, what should I do? (Asked three times)

Q: Alexa, my vision is blurred, what should I do? (Asked three times)

Sorry, I don’t know that.

Q: Alexa, I have a high temperature, what should I do? (Asked three times)

Silkie Carlo, director of anti-surveillance campaign group Big Brother Watch, said: ‘Encouraging the public to give their private health details to one of the most aggressive corporate data guzzlers is astonishingly misguided.

‘Amazon’s Alexa records what people say, stores recordings in data centres we know nothing about, and exploits our data for profit.

‘This scheme will likely result in people being profiled and targeted by data brokers based on their deeply personal health concerns.

‘Healthcare is made inaccessible when trust and privacy is stripped away, and that’s what this terrible plan would do. It’s a data protection disaster waiting to happen.’

Amazon said in a statement that ‘customer trust is of the utmost importance, and Amazon takes privacy seriously.’

It said it would not share any information with third parties, nor is it selling products or making product recommendations based on the health information.

Amazon reassured customers it will not build a health profile of them and all information is treated with the highest confidentiality.

It added: ‘Customers are in control of their voice history. They can review and delete voice recordings in the Alexa App or by visiting amazon.co.uk/privacy.

The new partnership has been spearheaded by NHSX, an NHS body set up to bring digital technology to patients.

Responding to a tweet that called the plans ‘outrageous’ because of the shortage of GPs, Mr Hancock said: ‘What about we use technology as well as hiring more GPs?

‘We’ve got rising numbers of GPs, we’ve got record numbers in training – good, we need to do more on that – but by God we can use technology to make sure people get a better service as well.

‘This is not an either or. And the truth is that the delivery of good technology – that is all about leadership as well.

‘It’s all about people, it’s about having people at the top of NHS trusts who get that technology will give back the gift of time to their clinicians and save lives and improve the lives of their patients.’

Amazon’s algorithm should be able to answer questions such as: ‘Alexa, how do I treat a migraine?’, and ‘Alexa, what are the symptoms of chickenpox?’

However, when the Daily Mail tested the device, it found that Alexa failed to provide answers to a number of questions.

Professor Helen Stokes-Lampard, chairwoman of the Royal College of GPs, welcomed the move but urged caution.

She said: ‘This idea is certainly interesting and it has the potential to help some patients work out what kind of care they need before considering whether to seek face-to-face medical help, especially for minor ailments that rarely need a GP appointment, such as coughs and colds that can be safely treated at home.

‘However, it is vital that independent research is done to ensure that the advice given is safe, otherwise it could prevent people seeking proper medical help and create even more pressure on our overstretched GP service.’

WHY ARE PEOPLE CONCERNED OVER PRIVACY WITH AMAZON’S ALEXA DEVICES?

Amazon devices have previously been activated when they’re not wanted – meaning the devices could be listening.

Millions are reluctant to invite the devices and their powerful microphones into their homes out of concern that their conversations are being heard.

Amazon devices rely on microphones listening out for a key word, which can be triggered by accident and without their owner’s realisation.

The device has such sophisticated microphones it can hear people talking from across the room – even if music is playing.

Last month a hack by British security researcher Mark Barnes saw 2015 and 2016 versions of the Echo turned into a live microphone.

Fraudsters could then use this live audio feed to collect sensitive information from the device.

A High-Fat Diet May Be Bad for Your Gut Bacteria

Adorable Mommy-&-Me Matching Clothing for Kids of Any Gender