Hot flashes are the most commonly-discussed symptom of menopause.

And yet, despite years of research, scientists have struggled to confirm exactly why fluctuating hormones derail the body’s temperature control.

A new study, however, claims to have identified the offending neuron which becomes hyperactive when estrogen levels drop.

The finding, by a team at the University of Washington, confirms a long-suspected hypothesis, which could pave the ways to new forms of treatments to bring this neuron under control without elevating the risk of stroke, as hormone replacement therapy does. 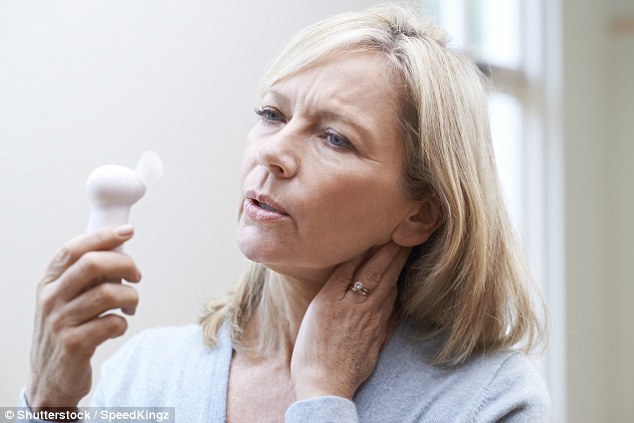 Manipulating estrogen levels with medication has been a game-changer for middle-aged women, offering respite during a tumultuous period.

It is an imperfect system, though. Artificially increasing estrogen levels puts women at a higher risk of blood clots, heart attacks and strokes, among other things.

The study, led by Richard Palmiter, a professor of biochemistry at the University of Washington, sought to be the first to mimic hot flashes in a mouse model to see if we could target something else.

However, those tests could not confirm that targeting the root of those peptides (the Kiss1 neuron) would effectively control the symptoms, since rats do not have those neurons.

In this new study, Dr Palmiter and his team genetically modified mice to have over-expressing Kiss1 neurons, which produce Kisspeptin as well as NKB in humans and mice.

They found, as expected, that this over-expression drove up the levels of both Kisspeptin and NKB, and even moreso when the ovaries of the female mice were removed, driving down their estrogen levels. Instantly, they saw a spike in skin temperature, then an immediate drop in core body temperature.

The finding is subtle but lays a crucial precedent that could lead to drugs that target the source of hot flashes, without entering the quagmire of manipulating estrogen levels.

Stephanie Padilla, a postdoctoral researcher who co-authored the study, said the fact that they managed to mimic ‘such a robust physiological response’ by targeting just one set of cells in one specific part of the brain ‘validated a decade of research by groups investigating this phenomenon.’

Speaking to DailyMail.com, Dr Palmiter said: ‘Hormone replacement therapy is just resotirng the estrogen and just inhibiting the Kiss1 neuron. Rather than targeting estrogen which is going to effect all other kinds of things, we could target Kiss1 directly.’

Co-author Christopher Johnson, a neuroscience graduate student at the University of Washington, added: ‘While hot flashes in humans tend to be accompanied by emotional or psychological distress that are difficult to mimic in a mouse model, these results give us an opportunity to consider how the neurons we studied may tie into the systems that keep our bodies functioning normally even outside of the altered hormonal states that accompany hot flashes.’

Has the transition into autumn left you feeling out of sorts? You’re not the only one

Examining COVID-19 and its many sublineages