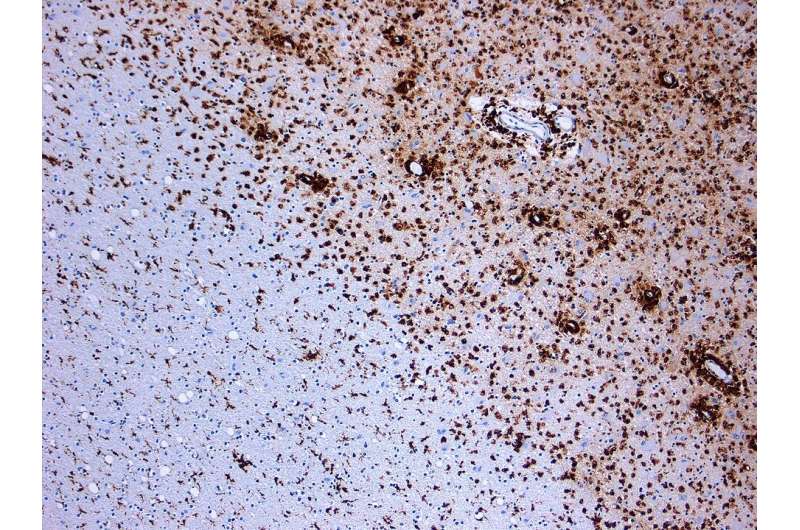 Brazilian researchers who study a native venomous fish have confirmed a route to drug development for the treatment of chronic inflammatory diseases such as multiple sclerosis and asthma.

The venomous toadfish Thalassophryne nattereri contains a peptide (TnP) with anti-inflammatory and anti-allergic potential. Confirmation of this potential has now come via the zebrafish Danio rerio, a popular aquarium species native to South Asia that shares 70% of its genome with humans and is widely used as a model for in vivo trials in drug development.

The researchers tested TnP in D. rerio to measure its toxicity. In a little over a year, their research showed that the peptide is safe. It did not cause cardiac dysfunction or neurological problems in the toxicity tests they performed.

The study was conducted at Butantan Institute’s Special Laboratory for Applied Toxinology in São Paulo (Brazil) by researchers affiliated with the Center for Research on Toxins, Immune Response and Cell Signaling (CeTICS), one of the Research, Innovation and Dissemination Centers (RIDCs) funded by São Paulo Research Foundation—FAPESP.

In addition to proving the peptide’s safety when used as an anti-inflammatory agent, the results reinforce the importance of D. rerio as an alternative animal model for drug development that saves time and money.

Preclinical trials are important to prove the efficacy (therapeutic activity) of molecules in vivo and to evaluate adverse effects and safety. In drug discovery, 98% of the compounds tested in animals are abandoned before clinical tests.

In an article published in Toxicology Reports, the researchers say peptides represent about 2% of the world drug market but even so account for a market share worth about USD 20 billion.

“The results highlight a wide therapeutic index for TnP with non-lethal and safe doses from 1 nm [nanometer] to 10 μm [micrometer], without causing neurotoxicity or cardiotoxic effect. The low frequency of abnormalities [caused] by TnP was associated with the high safety of the molecule and the developing embryo’s ability to process and eliminate it. TnP crossed the blood-brain barrier without disturbing the normal architecture of forebrain, midbrain, and hindbrain [the three main developmental divisions of the brain],” the authors write.

The study resulted from the master’s research of João Batista-Filho, supervised by Mônica Lopes Ferreira and Carla Lima da Silva. It used the Zebrafish Platform, launched in 2015 by CeTICS.

The Zebrafish Platform is available to scientists for research, offers courses on zebrafish management and biology, and does scientific dissemination. More than 160 researchers at 100 private and public institutions currently collaborate via Zebrafish Network, also created by CeTiCS. 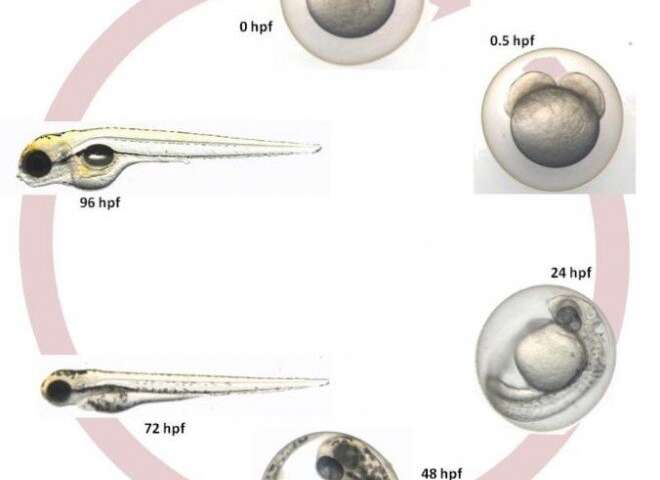 “Science dies out without investment and FAPESP’s commitment to this platform is now bearing fruit,” Ferreira told. “Cutting-edge research is being done here, alongside preclinical trials that are important both to academia and industry.”

Zebrafish have been used for decades in trials held in other countries, she said, adding that Brazil is closing the gap and that the animal’s rapid life cycle accelerates the research process.

The freshwater species is easy to manage, reproducing fast, developing from egg to larva in 48-72 hours, and reaching adulthood at only three months of age. Zebrafish embryos are transparent and the effect of a compound on the animal’s organs can easily be observed, for example.

Ferreira and collaborators discovered TnP (T. nattereri peptide) in 2007. Meanwhile, Lima had standardized laboratory tests to evaluate multiple sclerosis in rodents. The two researchers decided to work together to test TnP’s efficacy in treatment of the disease, concluding for its anti-inflammatory and immunomodulatory functions.

The TnP family encompasses synthetic peptides containing a sequence of 13 L-amino acids in their primary structure. Synthetic products derived from TnP have been patented in at least nine countries including the US, India and Japan, as well as the EU. In Brazil, a patent application has been filed in partnership with the pharmaceutical company Cristália.

Studies conducted by the group with mice between 2013 and 2015 had already demonstrated that TnP can treat multiple sclerosis, delaying the onset of severe symptoms and improving clinical signs of the disease.

Multiple sclerosis is a chronic autoimmune inflammatory disorder of the central nervous system, in which the immune system attacks the myelin sheath that protects nerve fibers in the brain, spinal cord and optic nerves, disrupting communication with the rest of the organism. It can cause muscle weakness, vision loss, pain, and impaired motor coordination. It affects some 2.5 million people worldwide, including about 35,000 in Brazil, according to the Brazilian Multiple Sclerosis Association (ABEM).

In the article published in Toxicology Reports, the researchers say drug-induced cardiotoxicity is the main reason for drug withdrawal from the market. “For instance, between 1994 and 2006, 45% of discontinued medications had adverse effects such as cardiac ischemia and arhythmogenesis. In this line zebrafish has emerged as a model organism for cardiovascular research, investigating gene function and modeling a variety of human disease side-effects of chemotherapeutic drugs or particularly to screen drug candidates,” they note.

For Batista-Filho, the study provides more evidence for the value of the zebrafish model in preclinical research. “It doesn’t substitute mice, but avoids future expense on molecules that may not be promising or prove too toxic in previous phases,” he said when asked about reservations regarding the use of zebrafish in trials compared with rodents.

Waists bigger than 33.5ins 'may carry a higher risk of DEMENTIA'

5 Reasons Hitting the Snooze Button Is Wrecking Your Body

6 Questions That Reveal If You Should Try Polyamory

Identification of protective antibodies may be key to effective malaria vaccine

Small molecules: From beaker to solved 3D structure in minutes