‘If I relied on the NHS, I’d already be dead’: Mother battling stage four lung cancer is symptom-free after finding her own trial online when doctors said she could die within six months

A mother-of-two has two has defied the odds and survived stage-four cancer after finding a drug trial online.

Heidi Spencer, 45, now claims to be symptom-free, despite being told by the NHS she had six to 12 months to live.

The NHS offered her palliative chemotherapy to give her extra time with her family, who live in Burland, Cheshire.

But she went online and found US company FoundationOne, who told her the drugs she needed to get rid of her 25 tumours in three months.

FoundationOne does a test that looks at a patient with tumours’ genetic profile, and then gives them the correct drug-targeted treatment. 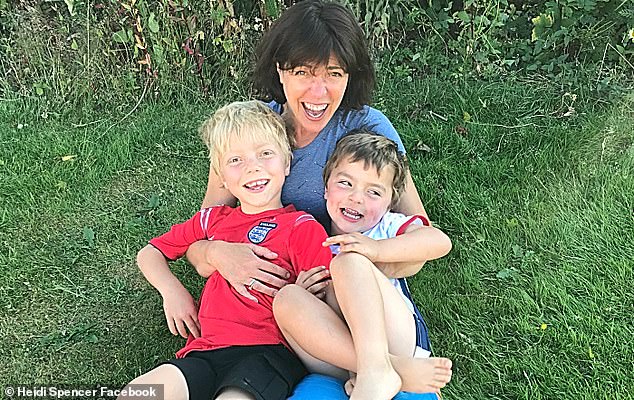 Heidi Spencer, 45, is symptom free of stage-four cancer after finding a trial online. The NHS told her she had six-12 months to live and offered her palliative chemotherapy to give her extra time with her family, including sons William, seven, and Lewis, four

Mrs Spencer, from Cheshire, was diagnosed with stage-four lung cancer on Mothers’ Day 2017, which had already spread to her bones and brain, where there were 25 tumours 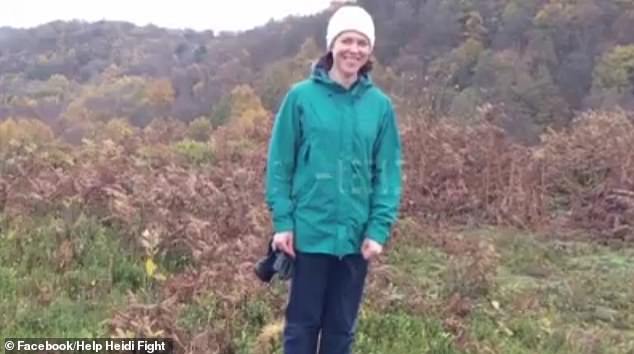 ‘If I’d relied on NHS advice and their standard of care I would be dead now’: Mrs Spencer is relieved she took matters into her own hands and found treatment for her cancer online

Mrs Spencer, a business analyst, told The Sun: ‘If I’d relied on NHS advice and their standard of care I would be dead now.

‘I owe my life to those tests and to not always listening to the doctors.’

What is lung cancer?

Lung cancer is one of the most common and serious types of cancer.

Over 41,000 people are diagnosed with the condition every year in the UK.

There are usually no signs or symptoms in the early stages of lung cancer, but many people with the condition will eventually develop symptoms including:

People with these symptoms are advised to visit their GP.

Mrs Spencer began experiencing numbness in her right leg last year. What was to come on Mother’s Day was devastating news.

She had stage-four lung cancer, which had already spread to her bone and brains, where 25 tumours had grown.

To her horror, the NHS told Mrs Spencer she had limited time left, six to 12 months, with her husband, David, 39, and their two boys, William, seven, and Lewis, four.

She took matters into her own hands by searching the internet for a treatment that would save her life.

Mrs Spencer came across FoundationOne, a US company that offers a test that costs £3,000. It would analyse all the relevant genes for tumours which would reveal the exact targeted therapy she would need. 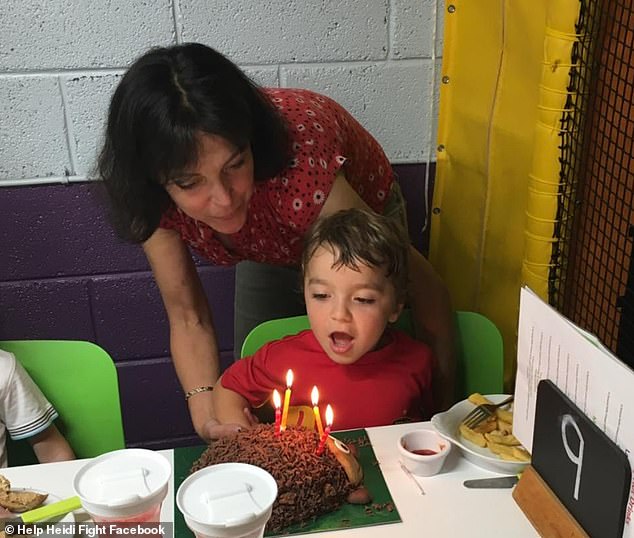 Mrs Spencer, with her four year old William, took the test FoundationOne, which found she had five mutated genes. Treatment was available, which she had at The UK’s leading cancer treatment clinic, The Christie Manchester, 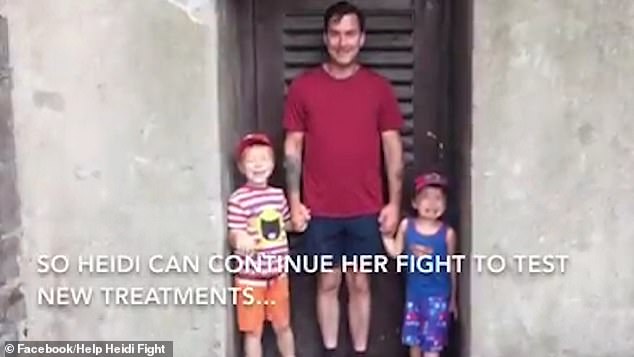 Mrs Spencer, who’s cancer is now under control, made a Facebook video featuring her husband, David, 39, and their two sons, to raise awareness and funds for her treatment

The company, which only launched in 2012, has tested 200,000 patients already, matching them to targeted therapies and clinical trials.

The revolutionary test found five of Mrs Spencer’s genes had mutated. Of these, two have treatments available, to the families relief.

Mrs Spencer only needed to travel 40 minutes away to Withington, Manchester, home to the UK’s leading cancer treatment clinic, The Christie.

Within three months her brain tumours had vanished — and the tumours in her bones and lung are in remission or have shrunk.

She was given life-saving drugs – it is unclear which ones – as well as targeted radiotherapy.

Now, she has no symptoms of her cancer, although she is not cured, according to reports.

Consultant at The Christie, Matthew Krebs, said: ‘We have to be reserved when delivering advice to patients — as not everyone will benefit.’

What is the FoundationOne test?

The FoundationOne tests look at which genes have mutated to cause a patient’s cancer.

A blood sample or tumour biopsy is sent to a lab in the US which examines 324 genes in the cells.

By identifying the ones driving the disease, it can advise medics which therapies are most likely to kill the cancer in any given case.

Each cancer is unique and each tumor can vary at the molecular level. The test can reveal what alterations in a persons’ DNA is driving cancer growth.

There are three tests which can assess tumours including, but not limited to:

Woman with swelling condition defies doctors to be a marathon runner