Ban cigarettes for anyone under 21, ministers are urged amid calls for tobacco taxes to be increased

The legal smoking age could increase from 18 to 21 under new proposals being tabled by MPs.

Experts believe raising the limit would help to stop people trying out cigarettes at a young age.

Ministers are considering measures put forward by the All Party Parliamentary Group on Smoking and Health, including a levy on tobacco firms to fund services for quitting smoking. 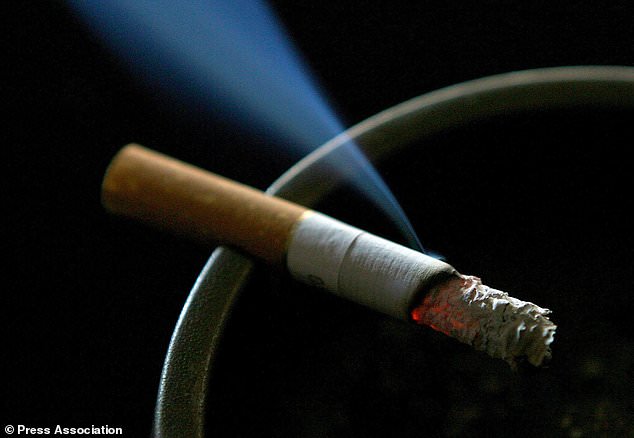 Taxes on tobacco products should be increased and rules tightened on showing smoking on TV and in films, the group said.

Penny Woods, of The British Lung Foundation, said: ‘Raising the age of sale from 18 to 21 will help stop experimentation from becoming a fatal habit and reinforce the dangers of tobacco.’

The smoking rate in the UK has fallen to second-lowest in Europe in recent years but officials are keen to reduce the toll further.

The proposals are being backed by 17 health organisations including the British Medical Association, the Royal College of Physicians and charities such as Cancer Research UK and the British Heart Foundation.

Tory MP Bob Blackman, who heads the group which was instrumental in the introduction of the smoking ban in public places in 2007, said: ‘Smoking remains the leading cause of premature death and health inequalities.’ 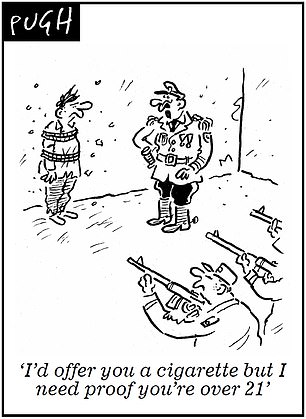 He said further regulations were essential to the Government’s plan of increasing healthy life expectancy by five years by 2035, while ‘reducing inequalities between the richest and poorest in society’.

Smoking contributes to 4 per cent of hospital admissions in England each year and costs the NHS around £2.5billion annually.

Despite being the leading cause of preventable death in the UK, around six million Britons still light up. The Department of Health aims to cut rates of 15-year-old smokers from 8 to 3 per cent, and reduce smoking among adults from 15.5 to 12 per cent within three years.

But the cross-party group warned that the 2017 Tobacco Control Plan’s reliance on cash-strapped local authorities to help bring about a smoke-free generation was ‘unrealistic’.

Tobacco firms should be charged a ‘polluter pays’ levy for smoking control – which could raise £150million, it urged. Meanwhile, taxes on tobacco should be raised to 5 per cent above inflation – with an equal surcharge added to both loose tobacco and cigarettes.

Lord Rennard, a vice-chairman of the group, said: ‘Tobacco manufacturing is by far and away the most profitable consumer industry in the world and Big Tobacco can certainly afford to pay more to clear up the devastating damage its products cause.’

For some Greenlanders, eating sugar is healthy

Alijaz Skorjanec health: ‘I had to pull out of the show’ strictly star on his injury