Dementia rates in the Western world have fallen by 15 per cent every 10 years since 1988, according to reseach.

People improving their heart health and quitting smoking since the 80s is believed to have helped cut rates of the deadly brain degeneration.

But scientists warn growing rates of obesity are at risk of stopping this progress in its tracks.

They hope advancements in medications and healthier lifestyles will help to keep the numbers falling but said improvements ‘may not continue for long’. 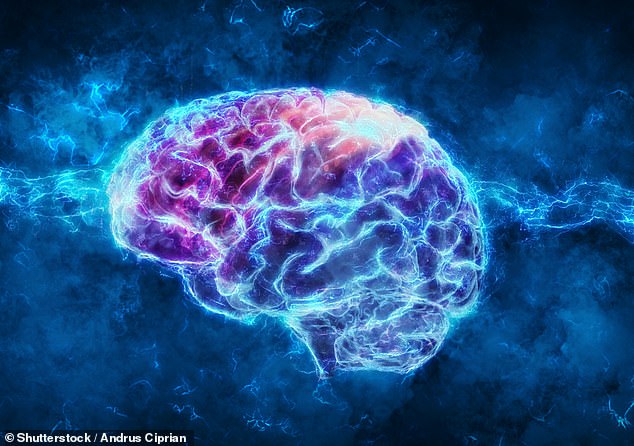 Dementia, a condition in which the brain becomes increasingly damaged and people’s memory, thinking skills, and physical abilities are reduced, is expected to affect a million people in the UK by 2025 (stock image)

‘Looking over three decades,’ said Professor Albert Hofman, ‘the incidence rate of dementia in Europe and North America seems to be declining by around 15 per cent per decade.

‘This finding is more pronounced in men than women and is likely to be driven by changes in cardiovascular risk factors and lifestyle.’

Around 850,000 people in the UK currently have dementia, but this is expected to rise to one million by 2025. And about 5.8million Americans have the condition.

HOW DOES OBESITY RAISE DEMENTIA RISK?

Obesity is thought to raise the risk of dementia in a number of ways.

Higher numbers of fat cells produce chemicals which trigger inflammation (swelling) in the brain, which can increase the likelihood of tissues and nerves being damaged, according to research by Trinity College Dublin.

Being overweight and having excess fat in the body also puts strain on the heart and blood vessels, and increases the likelihood of heart disease.

Damaging the blood vessels may in turn affect the brain by limiting how much blood is successfully pumped to the vital organ.

And obese people are more likely to develop type 2 diabetes, which can damage the liver and limit its ability to transport fats vital for building parts of the brain.

As this damage worsens over time it could increase someone’s risk of developing Alzheimer’s disease, University of Pennsylvania scientists suggested.

Although the number of people with the condition may be rising because of growing populations, the risk of a given individual developing dementia has fallen.

Dementia is a condition most often caused by Alzheimer’s disease – it causes people to struggle with memory loss, thinking speed, communication and physical movement.

The illness mostly affects over-65s and is incurable, eventually resulting in death because it causes extensive brain damage.

Professor Hofman added: ‘We know that recent decades have seen a radical decline in smoking rates for men.

‘While many people may have been persuaded to stop smoking due to an increased risk of cancer or heart disease, it is also a key risk factor for dementia.

‘With other dementia risk factors such as obesity and diabetes on the rise, this apparent decline in dementia rates may not continue for long.’

The number of obese people is increasing in the UK – almost two thirds (64 per cent) of adults are overweight or obese.

This figure has risen from 53 per cent since 1993 – an increase of more than a fifth.

And 30 per cent of school children are now overweight or obese, and type 2 diabetes – known to be caused by being overweight – is thought to affect more than three million people in the UK.

Professor Hofman will present his research at the Alzheimer’s Research UK Research Conference in Harrogate today.

Opiate overdoses spike in black Philadelphians, but drop in white residents since COVID-19

Working to change the future of prosthetics