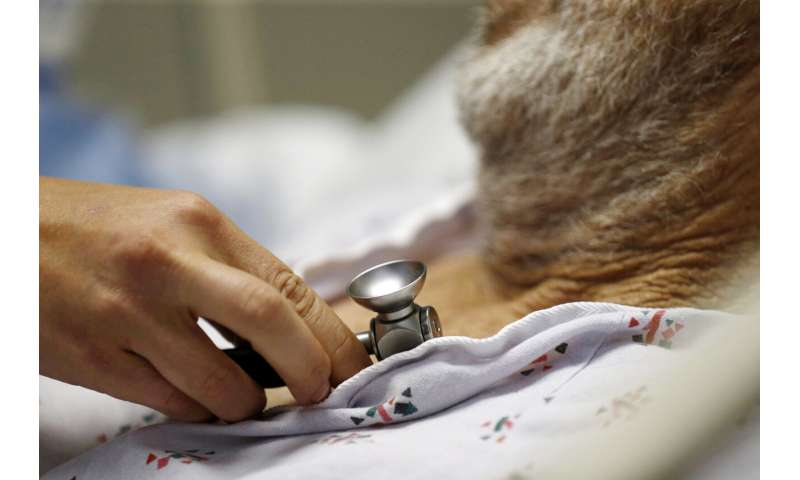 When reforms shortened working hours for U.S. doctors-in-training, some worried: Was that enough time to learn the art of medicine? Would future patients suffer?

Now a study has answers, finding no difference in hospital deaths, readmissions or costs when comparing results from doctors trained before and after caps limiting duties to 80 hours per week took effect.

“Some still long for the old days of 100-hour work weeks, but most of the world has moved on and realized there are better ways to train residents,” said Dr. Karl Bilimoria of Northwestern University Feinberg School of Medicine, who was not involved in the research published Thursday in the journal BMJ.

Prior studies suggested the reforms didn’t harm residents’ patients. The new study is the first to find similar reassuring results for doctors once they hit the real world, said Dr. Mitesh Patel of University of Pennsylvania who wasn’t involved with the study.

Dr. Isaiah Cochran, 26, worked 75 hours a week, including some 16-hour shifts, at Dayton Children’s Hospital in Ohio for a stretch during his last year of medical school. He plans to apply for a family medicine residency next year.

“It’s doable. It’s not insane,” said Cochran, president of the American Medical Student Association, which supports keeping the 80-hour cap and other measures aimed at adequate sleep for doctors.

For the study, researchers analyzed data from more than 400,000 hospitalizations of Medicare patients. Using billing codes, they assigned each case to a key doctor who dealt most with each patient.

Then researchers compared cases from two six-year time periods: before and after 2006, when the first new doctors who were fully affected by the reforms had finished their residencies.

This was an era of improvements in patient safety. So researchers compared the new doctors—some affected by reforms and some not—to trends among veteran doctors with 10 years’ experience and all trained under the old rules.

They found no difference in patient deaths, readmissions or costs.

Patients depend on hospital teams, not just one doctor, and that may explain why doctor training time seemed to have no effect on care.

Teamwork and technology have changed hospital care so much that the impact of any one doctor is muted, said lead author Dr. Anupam Jena of Harvard Medical School.

And more change is ahead with artificial intelligence. With computers assuming a larger role in diagnosis and treatment, Jena said, “it should be an open question whether 80 hours a week is the right number” for training. Maybe it could be less.

Detecting ADHD with near perfect accuracy

COVID strikes clergy as they comfort pandemic’s sick and dying

High blood pressure: Adding this food to your meals could lower your reading