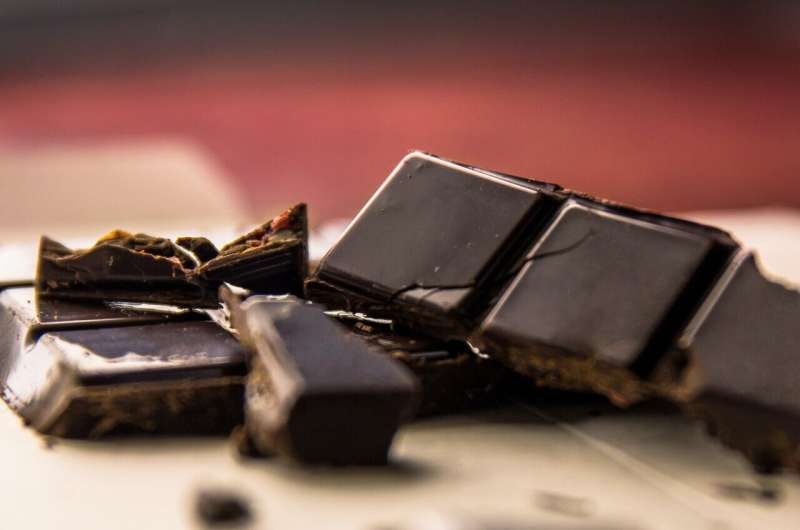 Eating chocolate is typically discouraged by nutritionists, as it is can be high in calories, fat and sugar. Cocoa, however, chocolate’s primary ingredient derived from the seed of the cacao plant, has been found to have numerous that could be beneficial for both the body and mind.

Most notably, pure cocoa is highly nutritious and is a powerful source of antioxidants, substances that can prevent or slow down cell damage caused by free radicals. Free radicals are unstable and highly reactive molecules produced by the body when responding to environmental stresses, which are associated with aging and disease. In addition, cocoa has been found to help regulate the blood pressure and prevent cognitive decline.

Despite these potentially beneficial properties, chocolate bars rarely contain cocoa alone, but also sugar, oils, butter, and other ingredients that are unhealthy for the body. The healthiest type of chocolate is thus likely to be dark chocolate comprised of high percentages of cocoa.

Elham Kalantarzedeh, Maryam Radahmadi and Parham Reisi, three researchers at Isfahan University of Medical Science in Iran have recently carried out a study on rats investigating the impact of different dark chocolate dietary patterns on synapses in a specific region of the brain, known as the hippocampal CA1 area. Their findings, published in Nutritional Neuroscience, suggest that dark chocolate consumption could have beneficial effects on the brain of individuals exhibiting chronic isolation stress.

“Although stress causes brain dysfunction, consumption of dark chocolate (DC) has positive effects on brain functions,” the researchers wrote in their paper. “The current study investigated the impact of different DC dietary patterns on synaptic potency and plasticity in the hippocampal CA1 area, as well as food intake and body weight in rats under chronic isolation stress.”

Essentially, Kalantarzedeh and her colleagues wanted to determine whether eating dark chocolate in different degrees affected the potency and plasticity (i.e., adaptability over time) of synapses (i.e., tiny gaps across which different neurons communicate with each other) in the hippocampal CA1 area.

To do this, they took 35 rats and divided them into five groups of 7, each of which was fed dark chocolate while experiencing chronic isolation stress, with each group following a different dietary pattern. The three dark chocolate dietary patterns they tested were dubbed stress-compulsory, stress-optional and stress-restricted.

“The stressed rats on a compulsory diet only received DC and the ones on an optional diet received unlimited chow and/or DC,” the researchers wrote in their paper. “Also, the stressed rats on a restricted diet each received chow freely and only 4 g DC daily. Subsequently, the slope and amplitude of field excitatory postsynaptic potentials (fEPSPs) were assessed based on the Input-Output (I/O) curves and after the long-term potentiation (LTP).”

Overall, the experiments carried out by this team of researchers suggest that the systematic consumption of dark chocolate could reverse the adverse effects of chronic isolation stress on the synaptic potency and plasticity of the hippocampal CA1 area. This would in turn have beneficial effects on both memory and learning.

Difficult Conversations: No, you don’t have to share a drink with your teen to be ‘cool’