Duncan Evans' sporting prowess is a source of pride to his parents.

Yet his mother Fran said she worries about the risk of head injury every time her 18-year-old son, who plays for the Randwick Rugby Club, takes to the pitch. 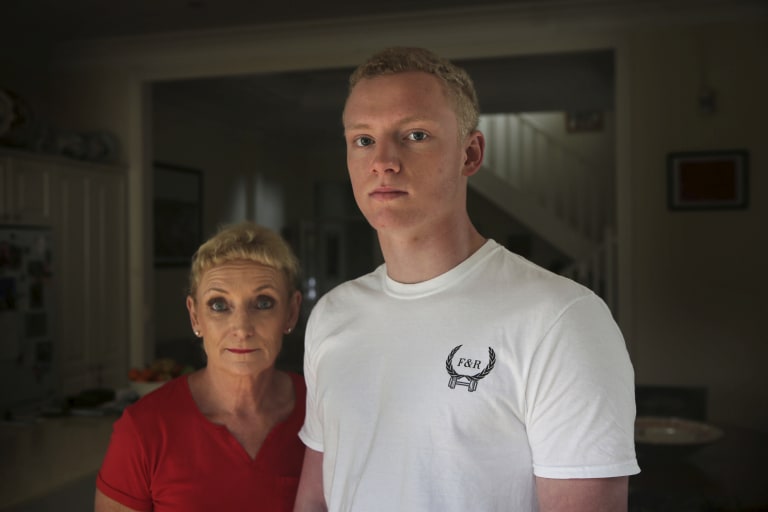 Fran Evans, pictured with her son Duncan, said there is always a risk of concussion in contact sports such as rugby union.Credit:James Alcock

Rule changes and teaching players how to tackle have mitigated but not eradicated the risk of concussion, while protective headgear might not be effective, Mrs Evans said. “I don’t think you’re ever protected because a knee in the wrong place or you just take a tackle the wrong way. I think they’re all at risk.”

Mrs Evans’ concerns are backed up by research conducted by the Australian Institute of Family Studies, which found that 3.8 per cent of boys aged 14-15 years old in 2014 required medical treatment for concussion over a 12-month period – an increase from 2.4 per cent when they were aged 12-13.

Diana Warren, a senior research fellow at the AIFS, said the figures represented about 5000 boys aged 15 who needed treatment for head injuries.

“Our research shows that concussion injuries are a significant and growing issue for teenage boys, and are likely to be for teenage girls too in the coming years,” Dr Warren said. 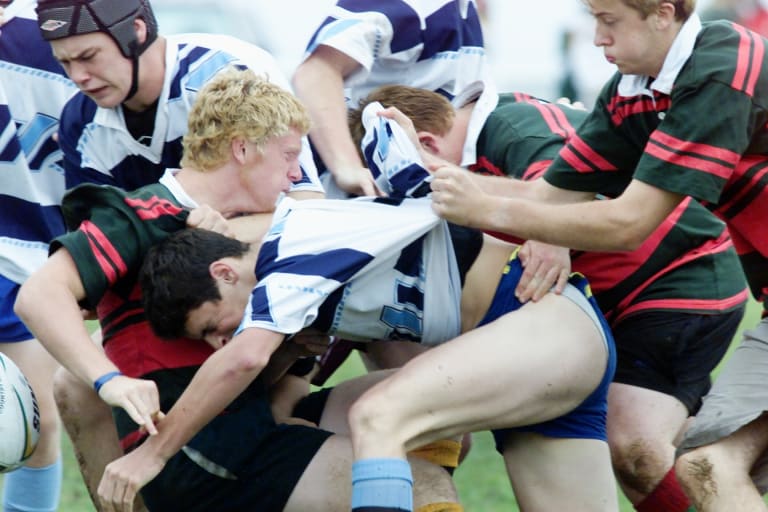 An “alarming” number of teenage boys experience head injuries, according to the Australian Institute of Family Studies.Credit:Greg Totman

“Given the potentially serious long-term consequences of concussion, this data indicates an alarming number of adolescents experiencing head injuries.”

Dr Warren said boys were more at risk as a result of injuries sustained during contact sports.

“In the early teenage years, rapid changes in bones and muscle mass around puberty can mean contact sports are more likely to result in injury – especially when there is a mismatch between the size and weight of opposing players,” she said.

Dr Warren said some football codes had made rule changes to try to avoid head-high tackles, while junior team coaches and trainers were more aware of the risks associated with concussion.

“As the consequences of a concussion can develop in the days, weeks, and months after the injury occurs, early diagnosis and medical intervention are of utmost importance,” she said.

A growing body of research suggests long-term cognitive and motor impairment might be suffered as a result of multiple concussions and repetitive head trauma in sport, according to Alan Pearce, an associate professor in the Department of Rehabilitation, Nutrition and Sport at LaTrobe University.

Associate Professor Pearce said concussions would continue as long contact sports are played and expressed doubt about whether sports could be modified to reduce the risk of head injuries.

“We need to acknowledge that many people like playing contact sport and restricting opportunities in this space can reduce opportunities for physical activity which potentially leads towards a range of other issues such as chronic disease and mental health,” he said.

It just takes a mistake.

Doug King, a research associate with the Sports Performance Research Institute New Zealand, said the effects of concussion and the time required to recover is underestimated.

“I don’t think we can reduce the rates of concussion as the opposite of not playing sport is obesity, another international medical epidemic, so getting people to participate in sport is valid as it outweighs some of the possible risks,” he said.

“My belief is that there are longitudinal issues here and that these injuries are overlooked and people disregard the effects of these injuries in the short term,” he said.

A nurse, Mrs Evans recalled a young rugby player suffering a head knock at a state competition a few years ago.

Mrs Evans said the teenage boy “went down like a sack of potatoes” and was “definitely concussed” yet his injury was not taken seriously.

“Because I am a nurse I stayed with him and insisted they get an ambulance to take him to hospital,” she said.

Mrs Evans said the risk of head injury was taken more seriously now than when Duncan was younger. But she said: “It just takes a mistake.”

“He’s fractured his clavicle, his thumb, dislocated his shoulder but nothing long lasting,” she said. “Luckily he’s not had a head clash but it is always something that worries me.”

Prostate cancer conundrum: Should you opt for risky surgery?

Drinking Alcohol May Be More Harmful Than Thought for Young Adults