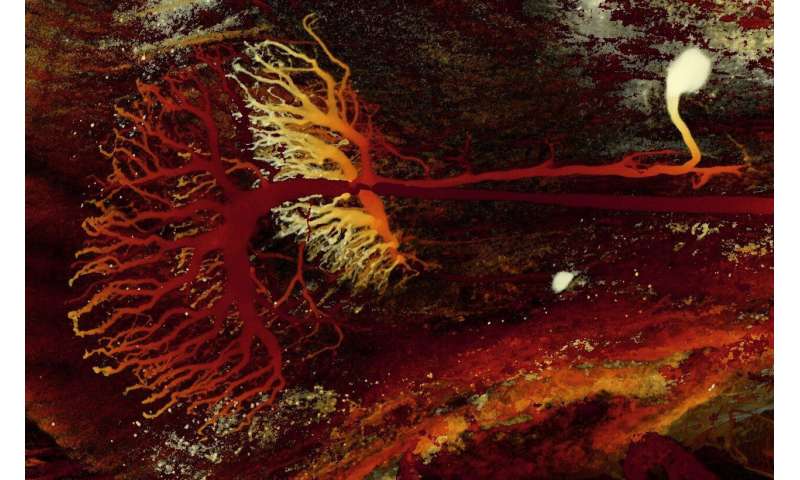 In stunning images captured under the microscope for the first time, the neurons were found in praying mantises. The work is published in Nature Communications today.

In a specially-designed insect cinema, the mantises were fitted with 3-D glasses and shown 3-D movies of simulated bugs while their brain activity was monitored. When the image of the bug came into striking range for a predatory attack, scientist Dr. Ronny Rosner was able to record the activity of individual neurons.

Dr. Rosner, Research Associate in the Institute of Neuroscience at Newcastle University, is lead author of the paper. He said: “This helps us answer how insects achieve surprisingly complex behaviour with such tiny brains and understanding this can help us develop simpler algorithms to develop better robot and machine vision.”

Praying mantises use 3-D perception, scientifically known as stereopsis, for hunting. By using the disparity between the two retinas they are able to compute distances and trigger a strike of their forelegs when prey is within reach.The neurons recorded were stained, revealing their shape which allowed the team to identify four classes of neuron likely to be involved in mantis stereopsis.

The images captured using a powerful microscope show the dendritic tree of a nerve cell—where the nerve cell receives inputs from the rest of the brain—believed to enable this behaviour. 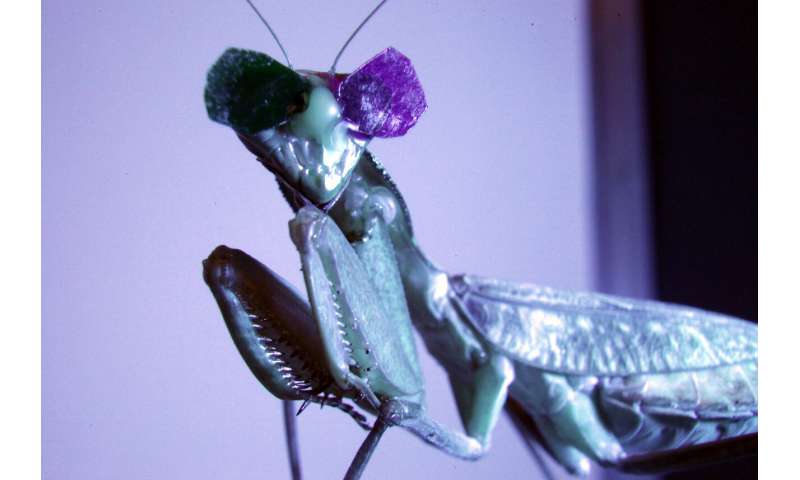 Dr. Rosner explains: “Despite their tiny size, mantis brains contain a surprising number of neurons which seem specialised for 3-D vision. This suggests that mantis depth perception is more complex than we thought. And while these neurons compute distance, we still don’t know how exactly.

“Even so, as theirs are so much smaller than our own brains, we hope mantises can help us develop simpler algorithms for machine vision.”

The wider research programme which is funded by the Leverhulme Trust, is led by Professor Jenny Read, professor of Vision Science at Newcastle University. She says: “In some ways, the properties in the mantises are similar to what we see in the visual cortex of primates. When we see two very different species have independently evolved similar solutions like this, we know this must be a really good way of solving 3-D vision.

“But we’ve also found some feedback loops within the 3-D vision circuit which haven’t previously been reported in vertebrates. Our 3-D vision may well include similar feedback loops, but they are much easier to identify in a less complex insect brain and this provides us with new avenues to explore.”

It’s the first time that anyone has identified specific neuron types in the brain of an invertebrate which are tuned to locations in 3-D space.

‘Miracle baby’: Woman gets pregnant after having fallopian tubes removed