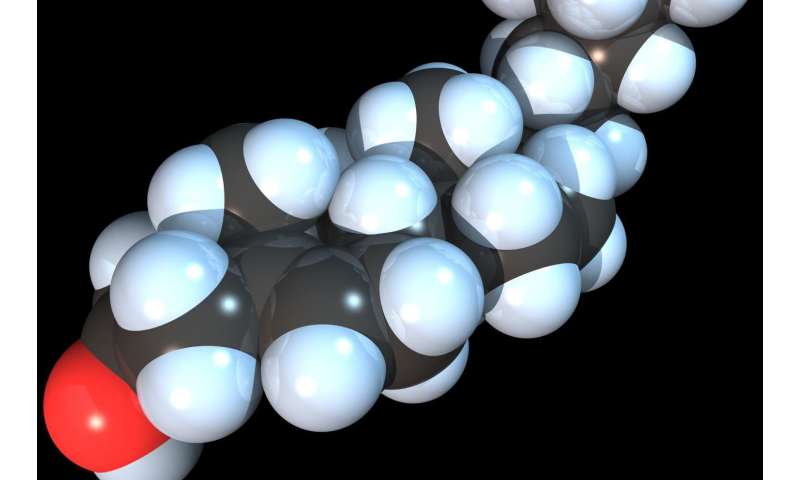 Increasing levels of a simplified version of “good” cholesterol reversed disease in the blood vessels of mice with diabetes, a new study finds.

Published online in the journal Circulation on September 30, the study results revolve around atherosclerosis, a condition where high levels of cholesterol cause “plaques” to form in vessel walls, eventually restricting blood flow to cause heart attacks and strokes. Many of these same patients have diabetes, in which tissues are injured by high blood sugar.

Led by researchers from NYU School of Medicine, this study provides the “first direct evidence” that raising levels of a simple, functional version of good cholesterol—the HDL protein shuttle that pulls cholesterol out of cells—reversed the progression of atherosclerosis in mice with diabetes.

The results, say the study authors, reflect the emerging view that HDL’s ability to extract cholesterol from cells reduces inflammation, the immune reaction in which cells rush to injury sites. Part of the natural process that repairs damaged tissues, inflammation worsens disease in the wrong place (e.g. plaques).

“Our study results argue that raising levels of functional good cholesterol addresses inflammatory roots of atherosclerosis driven by cholesterol buildup beyond what existing drugs can achieve,” says study senior author Edward Fisher, MD, Ph.D., the Leon H. Charney Professor of Cardiovascular Medicine at NYU Langone Health. “Good cholesterol is back as therapeutic target because we now understand its biology well enough to change it in ways that lower disease risk.”

Treatments for atherosclerosis for decades have focused on lowering blood levels of LDL or “bad cholesterol,” a second shuttle that delivers molecules of cholesterol from the diet (and from the liver) to the body’s cells, including those in vessel walls. But the ability of treatments that lower LDL cholesterol to reduce heart attack risk is limited, and especially in adults with diabetes, who are twice as likely to die from heart disease or stroke as people without diabetes, according to the American Heart Association.

To reduce disease risk not addressed by lowering bad cholesterol, the field designed drugs that raised levels of the “good” cholesterol (HDL) shuttle that carts cholesterol from blood vessel walls to the liver for expulsion from the body. The two mechanisms should work together, but much anticipated HDL-raising drugs (e.g. cholesteryl ester transfer protein inhibitors) failed in 2016 clinical trials to reduce the risk of heart attacks beyond what could be accomplished by cholesterol lowering.

Faced with these limits, researchers looked more closely at the roles in atherosclerosis and diabetes of inflammation. Part of this shift was the realization that old measures for how a given “HDL-raising drug” countered disease—like how much of the HDL shuttle was in a person’s bloodstream (HDL-C) – needed to be replaced. The new measure, says Fisher, should be how well a person’s HDL can pull cholesterol out of cells (total cholesterol efflux), because it better captures the inflammatory part of the disease process.

The new measure builds on the discovery that signaling proteins and fats related to high blood sugar attach to, lower the number of, and disable HDL—which is composed of a protein called apolipoprotein A-I (apoA-I) linked to phospholipids. This lowers supplies of the shuttle capable of achieving cholesterol efflux, termed “functional HDL.”

In sets of experiments, the current study authors raised functional HDL levels in diabetic mice by increasing the amounts apoA-I present, either by genetic engineering or direct injection. They found that the increase in functional HDL stopped cholesterol-driven immune cell multiplication (proliferation) in bone marrow, reduced inflammation in immune cells in plaques by half, and enhanced the reversal of atherosclerotic disease processes (regression) by 30 percent in mice already treated to lower their bad cholesterol.

Diagnosing strokes is complicated by ‘mimics’ and ‘chameleons’

Researchers identify new genes that may contribute to Alzheimer’s disease

A Life After Cruelty: One Pit Bull Finds a Family to Love