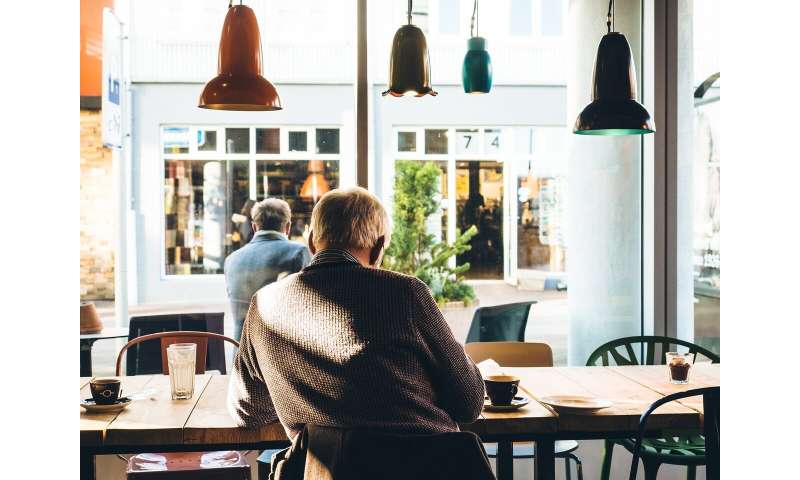 Over the past century, patterns of employment, marriage and parenthood have changed drastically for women across the Western World. In a study presented today at the Alzheimer’s Association Internal Conference 2019, researchers have explored how differences in life experiences affect later life memory decline.

A team of researchers from the University of California looked at data from 6,386 women born between 1935 and 1956 in the US who took part in the Health and Retirement Study. The women were asked about their employment, marital and parenthood status each year between the ages of 16 and 50. They also completed memory and thinking tests every two years from the age of 50, for 13.8 years on average.

The researchers created different groups based on the life experience of the women: working non-mothers (518 women), working married mothers (4,450 women), working single mothers (545 women), non-working married mothers (541 women), and non-working single mothers (332 women). They then looked at the difference between these groups in later-life memory decline, adjusting for factors that could influence the results, including practice effects (from the repeating of memory tests), age at study entry, ethnicity, birth region, childhood socioeconomic status and education level.

“These preliminary results suggest that paid employment may play an important role in later-life memory decline, but we can’t tell from this study whether the link is causal. The study looked at age-related memory decline, so we don’t know what effect work has on the number of women developing dementia. Unravelling the link between employment and memory decline will help grow our understanding of brain health and the best ways to maintain it.

“While future studies need to explore links between employment and brain health, these initial findings support ongoing efforts to increase the number of women entering or staying in the workforce.”

More women than men are affected by dementia, and in the UK women make up two thirds of those living with the condition. While women can expect to live longer than men, this alone may not explain the difference in the numbers developing dementia, and scientists have been delving deeper into the biological variations that could underlie this effect.

Researchers have previously reported that women outperform men on verbal memory tests, and that this female advantage is apparent at the early stages of Alzheimer’s despite similar levels of disease-related brain changes. To probe this finding further, researchers in the US have studied energy usage in the brain to see if there are differences between men and women.

The team from the University of California looked at data from 1,022 people collected by the Alzheimer’s Disease Neuroimaging Initiative. They looked at brain scans that showed the metabolism of glucose in the brain, which indicates brain activity, and performed verbal memory tests.

They also looked at scans that highlighted the presence of amyloid protein build up in the brain, or tests of spinal fluid for toxic tau, both of which are indicators of Alzheimer’s disease. The researchers grouped people based on the levels of amyloid in the brain and tau in spinal fluid, and looked at differences between the sexes in the energy use in their brains and their performance on the verbal memory tests.

When the team adjusted for energy usage, the difference in verbal memory scores between men and women all but disappeared, suggesting that the differences in energy usage are a factor in the verbal memory advantage shown by women. This in turn suggests that women may be able to compensate for early Alzheimer’s-related brain changes.

“This study has shed light on the factors that underlie differences in how men and women show the early symptoms of Alzheimer’s disease. Interestingly, despite having similar levels of toxic protein build-up to men, women’s brains showed higher brain activity and better verbal memory. These new findings suggest that women’s brains may be able to compensate for the early damage of Alzheimer’s disease.

“Understanding the biological basis of this female advantage may help refine methods of diagnosis for diseases like Alzheimer’s, to account for sex specific differences and ensure that people with the disease are not slipping through the net.”

More women live with dementia than men, suggesting that there may be sex-specific risk and protective factors at play. Previous studies have suggested that some genetic variations linked with Alzheimer’s contribute to risk differently in men and women. In this new study, researchers from the University of Miami have looked for additional sex-specific risk genes for Alzheimer’s disease.

They used statistical analysis to investigate whether there are sex-specific differences in the risk conferred by the genes they identified. This revealed 73 genes that were associated with Alzheimer’s risk for one sex but not the other. The researchers then looked at which genes have functions relevant to the biology of Alzheimer’s disease, finding genes involved with waste recycling pathways and immune responses.

“The risk of developing Alzheimer’s is down to a complex mix of genes and the environment, and this interesting study has identified a number of genes that are associated with the risk of Alzheimer’s disease in one sex and not the other. Understanding which genes are associated with Alzheimer’s risk just in men and just in women may help us to develop methods to more accurately identify who is at risk of developing the disease.

“We don’t yet know why certain genes are linked with Alzheimer’s risk in one sex and not the other but unraveling this could provide some answers as to why more women are living with dementia than men.”

Sex differences in the spread of tau protein in Alzheimer’s

Alzheimer’s disease is characterized by the toxic build-up of two key protein, amyloid and tau. Studies of these two proteins have shown that they first begin building up in an area of the brain called the hippocampus, and spread to other regions of the brain as the disease progresses. This spread is thought to take place along pathways of connected nerve cells, and researchers have identified that there are differences in the patterns of nerve cell connection between men and women.

In this study, a team of researchers from Vanderbilt University Medical Centre explored whether there were sex-specific differences in how tau protein spreads through the brain in Alzheimer’s. They analyzed data from the Alzheimer’s Disease Neuroimaging Initiative, from a special type of brain scan (PET scan) that highlights tau protein within the brain. They looked at scans from 123 male and 178 female healthy volunteers, and 101 men and 60 women with a diagnosis of mild cognitive impairment (MCI) – early memory problems that can develop into Alzheimer’s disease.

Using data from the brain scans, the team looked at the connective pathways within the brain highlighted by the tau protein. They found that the brains of healthy women showed greater interconnectivity between brain regions compared with healthy males. The women with MCI showed the highest levels of tau interconnectivity and of tau build-up. The researchers suggested that this higher degree of interconnectivity in female brains may accelerate the rate at which tau spreads through the brain, and may lead to decline in memory and thinking.

“Tau PET scans are an exciting new tool helping researchers understand more about what happens in the brain in Alzheimer’s disease. Using tau PET scans, US researchers have found higher brain connectivity and higher tau build up in the brains of women with early memory problems that can develop into Alzheimer’s.

Teen marijuana use may have next-generation effects

11-Year-old used the wrong toothpaste, and she soon be dead

Health Tip: If Your Head Posture is Unusual

I have a few pimple like bumps between my penis and stomach, I am not sexually active. They have been there for at least a month. They hurt when in contact with anything. How do I get rid of them?