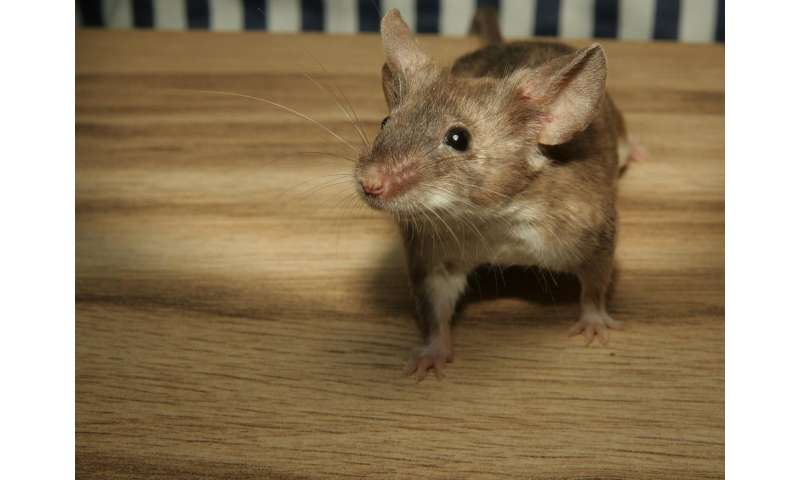 Now, Rutgers University-Camden neuroscientist Nathan Fried and colleagues from the University of Pennsylvania have developed a method that can more accurately gauge pain in mice, which could lead researchers to discover new ways to treat pain in human patients.

“When I touch the paw of a mouse, it withdraws the paw. That withdrawal movement is the behavior we’ve relied on for decades to determine if a pain reliever is working. But that withdrawal is seemingly the same no matter if it’s a soft brush or a sharp needle,” describes Fried. “So if a mouse moves its paw, how can we be sure it’s because the mouse is in pain?”

Using slow-motion video, modern neuroscience techniques, and artificial intelligence, Fried and his fellow researchers could zoom in and perform a more detailed analysis of what a mouse is feeling when it withdraws its paw. The researchers created a “mouse pain scale,” which they used to assess pain sensation in a graded manner.

“We can actually analyze the quality of the movement in the animal’s paw,” says Fried, a Rutgers-Camden assistant teaching professor of biology. “By doing that, we can extract much more information from what the animal is actually experiencing. Importantly, instead of simply saying whether the mouse is or is not in pain, now we can assess the degree of pain the mouse is in.”

“We need to do a better job in helping chronic pain patients without using opioids,” he continues. “Testing pain therapeutics on mice has been very difficult. This new process refines our ability to determine whether a mouse is in pain, which increases our confidence in whether a new therapeutic will work in humans.”

One of the major challenges for pain researchers is the subjective experience of pain. Each patient feels pain in very different ways. In describing pain on a scale of one to 10, one person’s pain that feels like a seven might be a 10 for someone else. Measuring pain in a mouse, a nonverbal animal, is even more challenging. “Imagine trying to guess how much pain your friend is in by only looking at their behavior,” says Fried. “That’s what we’re trying to do with the mice because they can’t describe their pain to us.”

The scientists’ videos revealed that when they touched the animal’s paw with a cotton swab, it lifted its paw and placed it right back down. When a researcher poked the animal with a pinprick, the animal reacted very differently. In the slow-motion video, they could see that the animal moved its paw, shook the paw, squinted its eyes, and pulled its body back or jumped up in the air. All of these movements were impossible to see in real time. It wasn’t until they slowed the movements down by recording at 1,000 frames per second that they could see the nuances of the withdrawal.

The research, “Development of a Mouse Pain Scale Using Sub-second Behavioral Mapping and Statistical Modeling,” led by Fried and Ishmail Abdus-Saboor of the University of Pennsylvania, is published in the journal Cell Reports.

Fried says that other researchers can build on his work by using the new technique in their labs. He envisions publically available software that researchers can download and use for their own pain studies.

“If we can create open-sourced software,” says Fried, “then other labs are more likely to use it. And if we improve the accuracy of our pain measurements in mice, it’ll inevitably increase the chances that we’ll find new pain therapeutics for humans.”

Fried began the research in 2015 as a postdoctoral fellow in the Wenqin Luo Lab at the University of Pennsylvania, and completed the work after arriving at Rutgers University-Camden last year.

Using the method he and his colleagues developed, the Rutgers-Camden scholar is continuing his pain research utilizing fruit flies instead of mice.

“These little creatures can tell us a lot about the mechanisms behind pain,” says Fried. “One of the nicest things about using fruit flies is that they are accessible to undergraduates, which allows Rutgers-Camden students to conduct research on a day-to-day basis.”

Trump declares ‘national emergency’ over COVID-19 in US

Is Imposter Syndrome Making You Sick?