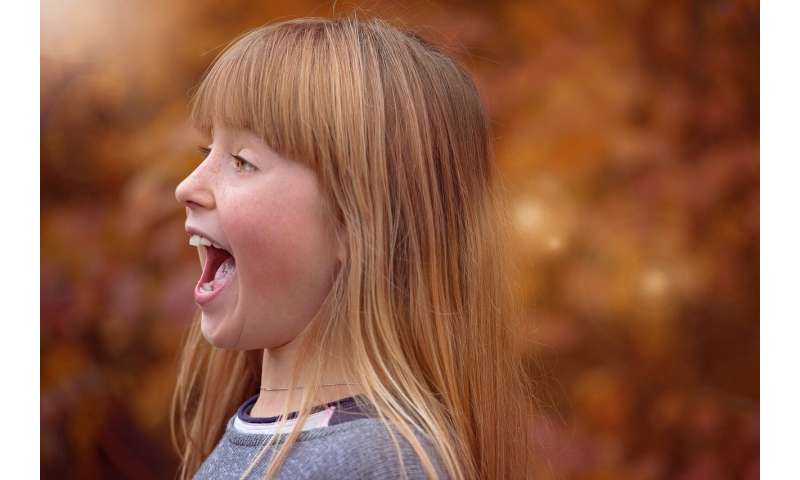 Human screams convey a level of individual identity that may help explain their evolutionary origins, finds a study by scientists at Emory University.

PeerJ published the research, showing that listeners can correctly identify whether pairs of screams were produced by the same person or two different people—a critical prerequisite to individual recognition.

“Our findings add to our understanding of how screams are evolutionarily important,” says Harold Gouzoules, senior author of the paper and an Emory professor of psychology. “The ability to identify who is screaming is likely an adaptive mechanism. The idea is that you wouldn’t respond equally to just anyone’s scream. You would likely respond more urgently to a scream from your child, or from someone else important to you.”

Jonathan Engelberg is first author of the paper and Jay Schwartz is a co-author. They are both Emory Ph.D. candidates in Gouzoules’ Bioacoustics Lab.

The ability to recognize individuals by distinctive cues or signals is essential to the organization of social behavior, the authors note, and humans are adept at making identity-related judgments based on speech—even when the speech is heavily altered. Less is known, however, about identity cues in nonlinguistic vocalizations, such as screams.

Gouzoules first began researching monkey screams in 1980, before becoming one of the few scientists studying human screams about 10 years ago.

“The origin of screams was likely to startle a predator and make it jump, perhaps allowing the prey a small chance to escape,” Gouzoules says. “That’s very different from calling out for help.”

He theorizes that as some species became more social, including monkeys and other primates, screams became a way to recruit help from relatives and friends when someone got into trouble. Previous research by Gouzoules and others suggests that non-human primates are able to identify whether a scream is coming from an individual that is important to them. Some researchers, however, have disputed the evidence, arguing that the chaotic and inconsistent nature of screams does not make them likely conduits for individual recognition.

Gouzoules wanted to test whether humans could determine if two fairly similar screams were made by the same person or a different person. His Bioacoustics Lab has amassed an impressive library of high-intensity, visceral sounds—from TV and movie performances to the screams of non-actors reacting to actual events on YouTube videos.

For the PeerJ paper, the lab ran experiments that included 104 participants. The participants listened to audio files of pairs of screams on a computer, without any visual cues for context. Each pair was presented two seconds apart and participants were asked to determine if the screams came from the same person or a different person.

In some trials, the two screams came from two different callers, but were matched by age, gender and the context of the scream. In other trials, the screams came from the same caller but were two different screams matched for context. And in a third trial, the stimulus pairs consisted of a scream and a slightly modified version of itself, to make it longer or shorter than the original.

For all three of the experiments, most of the participants were able to correctly judge most of the time whether the screams were from the same person or not.

“Our results provide empirical evidence that screams carry enough information for listeners to discriminate between different callers,” Gouzoules says. “Although screams may not be acoustically ideal for signaling a caller’s identity, natural selection appears to have adequately shaped them so they are good enough to do the job.”

The PeerJ paper is part of an extensive program of research into screams by Gouzoules. In previous work, his lab has found that listeners cannot distinguish acted screams from naturally occurring screams.

Researchers identify key proteins for the repair of nerve fibers

Terry Bradshaw aces pronunciation of pneumococcal pneumonia for new campaign: ‘I knocked it out of the park’