Blake Lively and Ryan Reynolds are proving, once again, that real-life fairytales do indeed exist. During a heartfelt speech with perfectly timed comedic relief, Lively honored her husband as he received the 36th American Cinematheque Award while making us all a bit jealous of their enchanting love for one another.

The soon-to-be mom of four’s warm speech was shared by The Hollywood Reporter’s Twitter account, during which Lively praised her husband’s “heart, his philanthropy, his humor, his integrity, his unmatched work ethic, his self-deprecating levity, his hard-earned debts, and his grace.” She continued, “So many of those stunning qualities come from his homeland, Canada, and giving back to the country that gave him his life is critical to who he is as a person.”

“It was essential to keeping him grounded, to keeping him sane, to keeping him, him,” the actress and entrepreneur explained. “And now I am his home, and our girls are his home. And just like that 19-year-old boy, he races home. Whether it’s from across the globe or a meeting across the street, he is hardwired to get home. If he came home from set not in his wardrobe, we would be very concerned,” she joked, continuing, “Soaked in mud, fake blood, real blood, prosthetic scars, superhero suits, tap shoes, or clown makeup — daddy always comes home.”

Clearly still head over heels for Reynolds a decade into their marriage, Lively concluded, “That’s really all I want to leave you with tonight, not with the specifics of his actions, but instead with the DNA of who he is.” She hilariously went on, “And that DNA is distinctly Canadian, spun one magical night in 1976 between the bedsheets of Jim and Tammy Reynolds — I’m looking at you, Tam Tam, you little hussy,” causing Reynolds and the entire audience to erupt in laughter.

The beloved Gossip Girl alum squeezed in one more joke, begging, “Honestly guys, please stop giving Ryan awards, I’m running out of precious shelf space for my tchotchkes.” Slim chance, as Reynolds is set to receive the People’s Icon Award on December 6 — an award that he joked is making him “feel like I’m getting old.”

The esteemed actor pivoted from his signature comedy to his sincere thoughts on being honored with the award, saying at the premiere of his newest film, Spirited, “And then I realize, ‘Yeah, I’ve been around.’ I’ve been doing this job for over 30 years now. It’s a long time to do anything. And I’m lucky that I’ve been able to do it for 30 years. So much in the spirit of feeling grateful for the ability to do this job for this long and stay in the industry that can very quickly be done with you — I’m approaching that honor with the same kind of gratitude.” 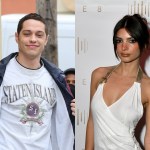 It’s a much-deserved award, and we think you’d be hard-pressed to find anyone who disagrees with Reynolds’ undoubtable worthiness.

Trouble falling asleep? These 5 tips will help you slip into snooze mode with ease

Is a ban on menthol cigarettes a step toward health equity and social justice?

Prebiotics and Probiotics: What’s the Difference?

Fighting cancer with LIGHT, a novel proton accelerator for treatment