Green Thumb Industries had a business plan, expertise and plenty of ambition to grow its marijuana business. What the Chicago-based company didn’t have was access to enough capital to make it all happen.

So last month, the company with $20 million in revenue from pot shops in seven states turned its gaze north and went public in Canada, where marijuana soon will be broadly legalized nationwide.

The Canadian Securities Exchange is quickly becoming the go-to place for U.S. cannabis companies orphaned by their own stock exchanges because the U.S. government still considers marijuana an illegal drug.

Green Thumb took over a publicly traded Canadian company, added an “Inc.” to its name and went public. The company raised $67 million U.S. dollars, money that will allow Green Thumb to get licenses in new states and open more retail stores across America.

In recent months, prominent U.S. pot companies including MedMen, Liberty Health Care and Chalice Farms have listed on the Canadian Securities Exchange, raising capital and drawing attention from wealthy investors in Asia, Europe and Australia who want to make a play in the cannabis industry but are spooked by the U.S. federal prohibition. 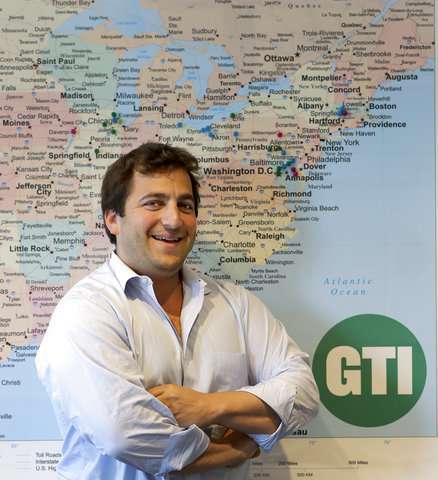 Many more U.S. marijuana companies are lined up to join them as the U.S. industry quickly expands. Acreage Holdings, one of the United States’ largest vertically integrated cannabis companies, announced Monday it will list on the Canadian Securities Exchange this fall because it’s become the “exchange of choice for U.S. companies like ours.”

Two-thirds of U.S. states now allow medical marijuana, and nine of them and Washington, D.C., have legalized recreational use. Last month, voters in Oklahoma approved medical marijuana, further evidence of the eroding opposition even in conservative states.

U.S. companies need quick access to money to snap up limited production and retail licenses so they can quickly establish themselves in new markets.

“If you don’t get in and get on, you’re out,” said William Simpson, founder of Chalice Farms, an Oregon company that was acquired last year by a publicly traded Canadian company called Golden Leaf Holdings. “Time is of the essence. You need money now, and you need it yesterday.”

Last week provided evidence of American investors’ willingness to jump into the marijuana market if given the chance. U.S. stock exchanges will not list companies that do business where marijuana is illegal, but several Canadian companies trade in the U.S. because their business is legal in the country where they are based. 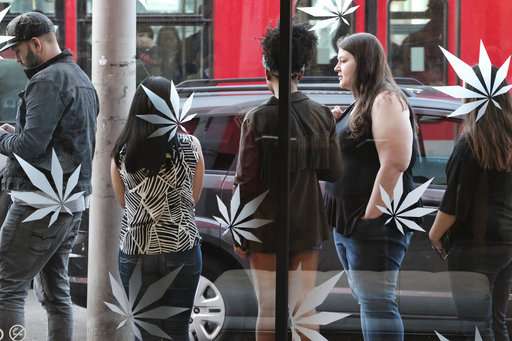 Tilray Inc., a British Columbia-based medical marijuana company, became the first cannabis business to complete an initial public offering on a major U.S. stock exchange when it began trading on Nasdaq. It raised $153 million and the stock jumped nearly 33 percent on its first day of trading.

Chris Barry, a partner at the Dorsey and Whitney law firm in Seattle, handles marijuana investment deals and mergers in the U.S. and Canada. He noted that major institutional investors, including the century-old New York investment bank Cowen, were involved in Tilray’s IPO.

“The lesson is that the institutions will be there if you have a good business plan and your business is 100 percent legal in the jurisdiction you’re in,” he said.

“There’s pent-up demand all over the world, and all over in the U.S., and it’s all getting forced into Canada,” said Troy Dayton, chief executive of The Arcview Group, an Oakland, California-based cannabis investment and market research firm. “Every large investor and every large company is salivating over this market now, but they’re held back because of the uncertainty.” 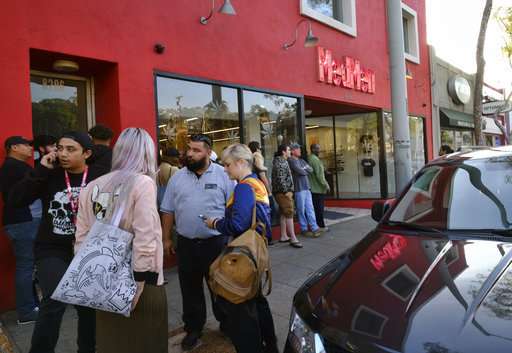 Meantime, U.S. consumer spending on marijuana is exploding. It was $8.5 billion in 2017—the year before California became the world’s largest legal marijuana market—and is projected to reach nearly $24 billion in the next four years, according to Arcview.

U.S. companies that list in Canada are seeing eyebrow-raising valuations because investors hungry to get a piece of the cannabis action have nowhere else to go, Dayton said.

Some of those companies will implode, but the ones that are well-positioned will be able to use the new cash flow to prepare to compete with the multinational alcohol and cigarette conglomerates positioning themselves to swoop in, he said.

“You look at California by itself, Florida by itself, they are both larger alone than the entire Canadian cannabis marketplace,” said Simpson, founder of Oregon’s Chalice Farms. “It is a massive opportunity.”

Chalice was acquired last year by Canadian-based Golden Leaf Holdings. Almost all of the company’s business remains in the American West, and it’s using the $19.5 million from its public listing to pursue cultivation deals in Nevada and California. 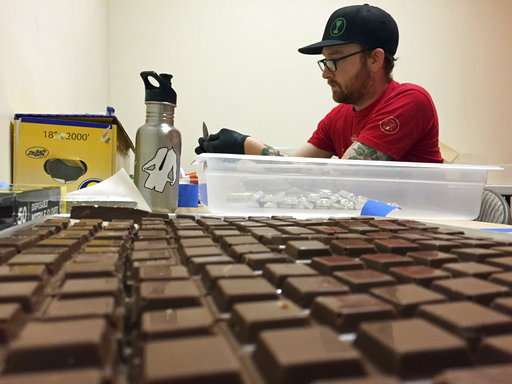 “The people have spoken. We voted for this,” Simpson said. “Allow the banks and the investors to get on board.” 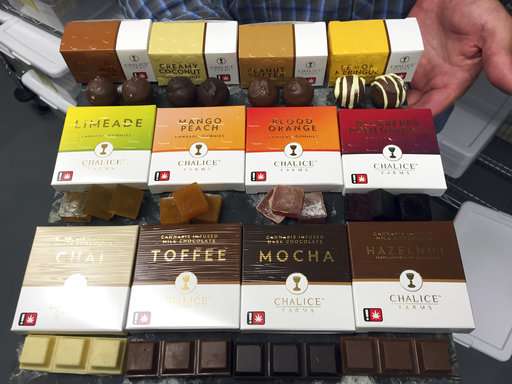 Smartphone Habits Can Make You Easy to Identify

Helping Children Who Lost a Parent to COVID-19