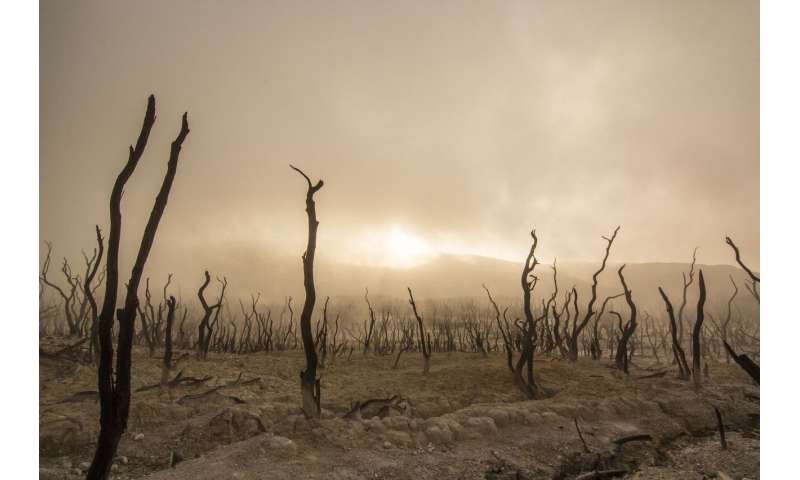 The Yale School of Public Health’s Center on Climate Change and Health released a new report today on changing conditions in Connecticut that, left untreated, could have serious long-term health consequences for the state’s nearly 3.5 millions residents.

“We found disturbing trends in all categories,” said the report’s lead author, Laura Bozzi, Ph.D., the center’s director of programs. “This report provides policymakers, health professionals, advocates and the general public with the information they need to take timely action to protect public health.”

Among the report’s key findings:

The report concludes that to protect human health now and in the future, Connecticut decision makers and residents alike must undertake strong action to confront the challenges identified in the report. This means swift action to mitigate climate change by reducing greenhouse gas emissions.

“Although we are seeing certain climate impacts now, and some future effects are already unavoidable, preventing catastrophic future impacts will require urgent and comprehensive action from local to global to reduce emissions of greenhouse gases, which cause climate change,” the report says. “Importantly, doing so also brings about major public health benefits—or “co-benefits”—in the short term.”

Connecticut has committed to reducing greenhouse gas emissions below 2001 levels by 45% by 2030 and 80% by 2050. To achieve these goals requires rapid deployment of zero-carbon electricity—especially solar and wind—and energy efficiency solutions, as well as the electrification of the transportation and building sectors. Connecticut must also expand its work to prepare for and adapt to the climate change impacts that have begun and will worsen in the future. Together, these actions also provide the opportunity to create clean energy jobs and to prioritize investment in environmental justice communities.

The report notes that while climate change affects everyone, it does not affect everyone equally. Climate change is sometimes called a “risk amplifier,” meaning that many existing risks to health—whether environmental, economic, demographic, social, or genetic factors—are intensified by climate change impacts. Populations disproportionately vulnerable to the effects of climate change include those with low income, communities of color, immigrant groups (including those with limited English proficiency), Indigenous people, children and pregnant women, older adults, vulnerable occupational groups, people with disabilities and people with preexisting or chronic medical conditions.

The report concludes with the following seven recommendations to protect human health:

Is HIV Criminalization the No. 1 Barrier to Ending the Epidemic?