Robert “Bob” Norris, who played the famous Marlboro Man in cigarette ads for 12 years, has died. Norris passed away at his ranch in Colorado Springs at the age of 90.

The Marlboro Man was conceived by cigarette company Philip Morris & Co. and advertising giant Leo Burnett, with the aim of promoting filtered cigarettes as something enjoyed by rugged, all-American men. While actors were originally considered to play the famous cowboy, Burnett decided that the ads needed to be more authentic, and sought out real-life rancher Norris, who had been photographed in a newspaper with his good friend John Wayne.

It didn’t hurt that Norris was cool as hell. As his son Bobby told WKYT: “They walked out of their car, these guys in their pinstripe suits, and they walked up to Dad and they said, ‘How would you like to be in commercials for Marlboro cigarettes?’ He said, ‘Well, I’m kind of busy right now. Why don’t you come back next week and if you’re serious, we’ll talk.’ They came back the next week.” 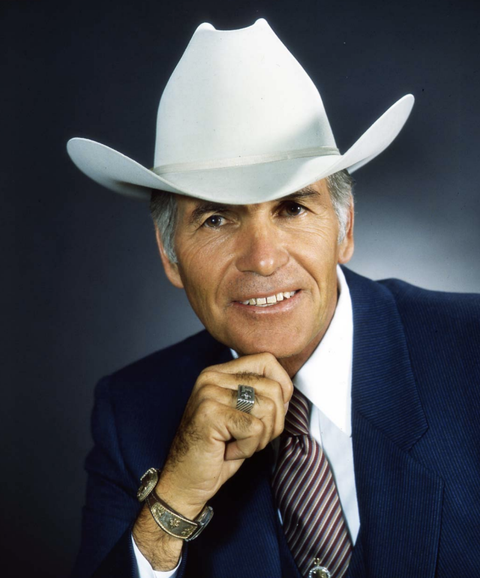 However, despite playing one of the most recognizable brand figures in pop culture, Norris was a lifelong non-smoker, and eventually quit the gig in order to set a better example to his children.

“He always told us kids, ‘I don’t ever want to see you smoking,’ so one of us finally asked, ‘If you don’t want us smoking, why are you doing cigarette commercials?'” Said Bobby, recalling that his father called Philip Morris to quit the very same day.

Several men who appeared in ads for Marlboro cigarettes have died from smoking-related illnesses: Wayne McLaren, David McLean, Dick Hammer, Eric Lawson and Tobin Jackson. Ironically, a number of these men who had promoted cigarettes to the public spent their later lives attempting to convince people that smoking was bad for them.

McLaren testified in favor of anti-smoking legislation shortly before his death at the age of 51, while Lawson went on to appear in campaigns that educated kids about the dangers of smoking before dying from COPD-related respiratory failure. David McLean died of lung cancer, and his widow attempted to sue Philip Morris & Co., claiming that his illness was due to the volume of cigarettes he had been required to smoke while making the ads.

Want help quitting smoking? Check out our five strategies to help you ditch cigarettes for good.

The evolution of Health IT at Hong Kong’s Hospital Authority

Why Serena Williams’ Emotional Wimbledon Speech Is So Important