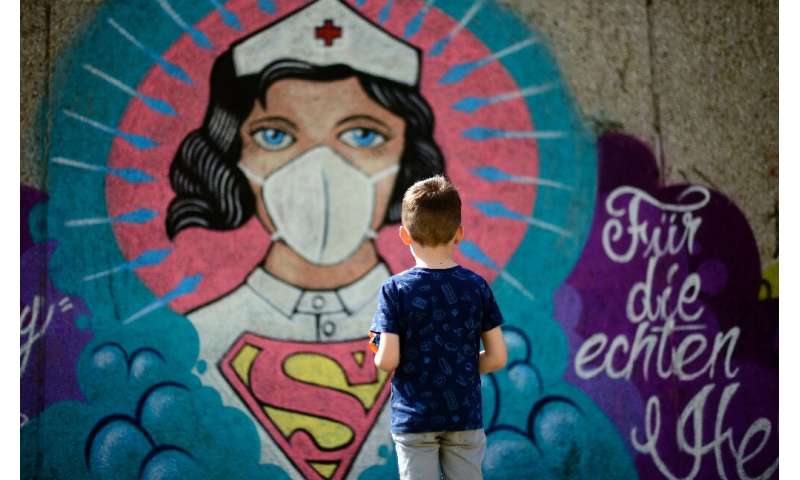 The coronavirus pandemic notched up another round of record death tolls in the United States and Europe, dousing the optimism of US President Donald Trump who insisted there was light at the end of the tunnel.

The virus has now killed more than 87,000 people and infected over 1.5 million, according to an AFP tally on Thursday, sparing almost no country and tipping the world into a devastating economic crisis as global commerce shudders to a halt.

For the second straight day, the US grieved nearly 2,000 deaths on Wednesday, as flags flew at half-mast in hardest-hit New York.

There was also a record death toll of 938 over 24 hours in Britain, where Prime Minister Boris Johnson spent a third night in intensive care, his condition said to be “improving.”

France saw its total number of dead climb over 10,000 as the country prepared to extend its strict lockdown measures. Spain and Italy are still seeing hundreds of deaths per day despite tentative signs the disease may have peaked.

And the pandemic is marching into areas previously only lightly affected: in Africa, Ethiopia declared a state of emergency and Liberia said it was locking down its capital Monrovia.

Its deadly tentacles also crept deep into the Amazon rainforest, with the first case detected among the Yanomami, an indigenous people isolated from the world until the mid-20th century and vulnerable to disease. 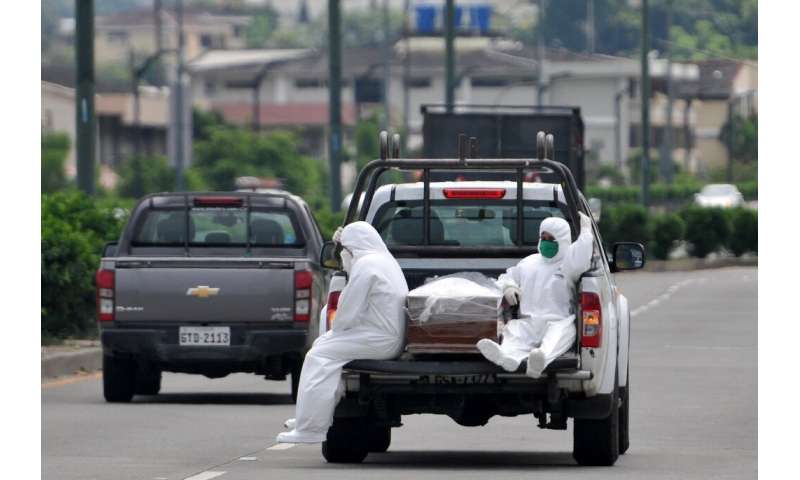 Nevertheless, some glimmers of hope shone in the darkness, with New York Governor Andrew Cuomo saying the epidemic curve seemed to be flattening.

“We are hopefully heading towards a final stretch, the light at the end of the tunnel,” said Trump.

All around the world, medical facilities are at bursting point as they struggle with a relentless procession of critically-ill patients.

In the badly affected city of Guayaquil in Ecuador, sick patients are passing out before arriving at emergency care and the elderly are slumped outside in wheelchairs at overwhelmed hospitals.

“My grandmother died, my mother has all the symptoms, my 15-year-old sister too and the government is doing nothing, nothing! We need to be almost dying in order to receive assistance,” said Xiomara Franco, a relative of a sick patient. 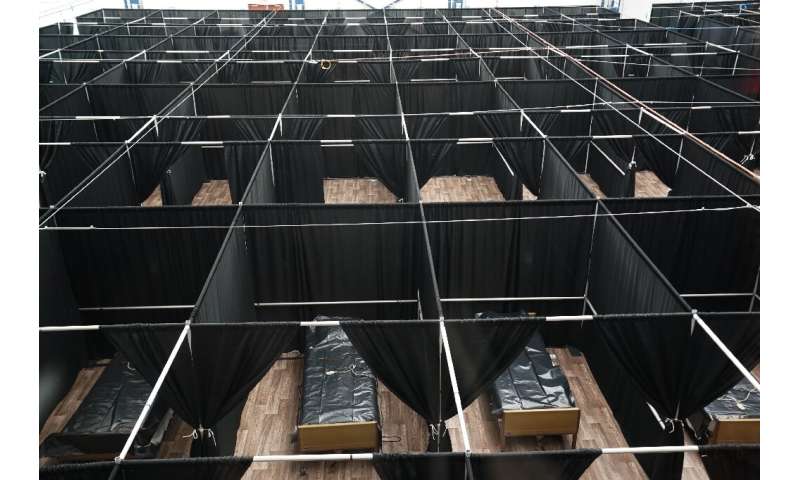 “There is a lack of oxygen, a lack of medicine, a lack of nurses and doctors, a lack of stretchers,” complained Henry Figueroa, another angry relative.

At the global level, the World Health Organization and Trump are embroiled in an ugly war of words, with Trump accusing the UN body of “blowing it” and being too close to China.

WHO chief Tedros Adhanom Ghebreyesus urged unity at a time of global crisis, saying: “If you don’t want many more body bags, then you refrain from politicising it.”

Governments are wrestling with the problem of when to exit lockdown procedures and reboot a global economy that is effectively in deep freeze.

The World Trade Organization warned the pandemic was likely to spark the deepest recession “of our lifetimes,” with global trade poised to plummet by one third. 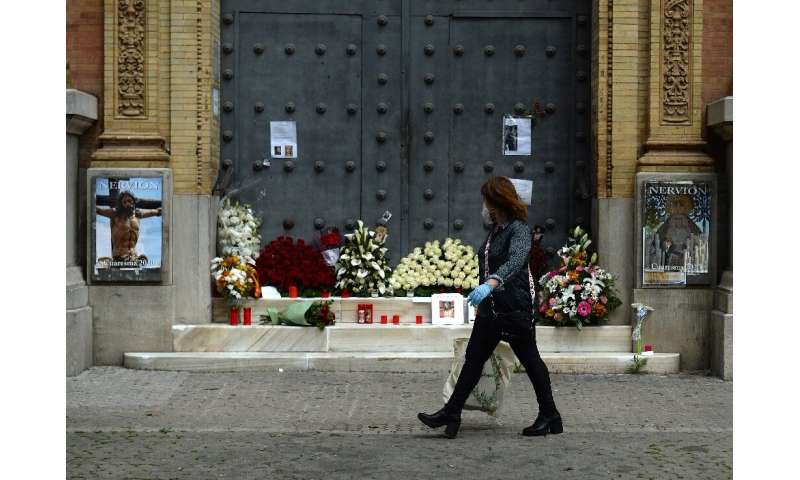 The Bank of France estimated the country’s economy shrank around six percent in the first quarter—the worst performance since the end of World War II.

Europe powerhouse Germany is seen contracting an eye-watering 10 percent as the eurozone squabbled about pooling debt for “coronabonds” to help the worst-affected members such as Spain and Italy.

In Miami, hundreds lined up in cars to get unemployment forms after the website crashed due to a surge in demand.

Gus Rios, a 67-year-old former factory worker, said: “People are looking for help, people (are) crazy right now, almost, to get something because we don’t know the situation how long is going to be.”

Recent US data indicate 10 million people have lost their jobs in the world’s top economy that is closed for business.

In India, a virus-induced lockdown is hitting the millions of poor hardest as they wait for promised government food subsidies that cannot come quick enough for mother-of-three Rajni Devi, 30. 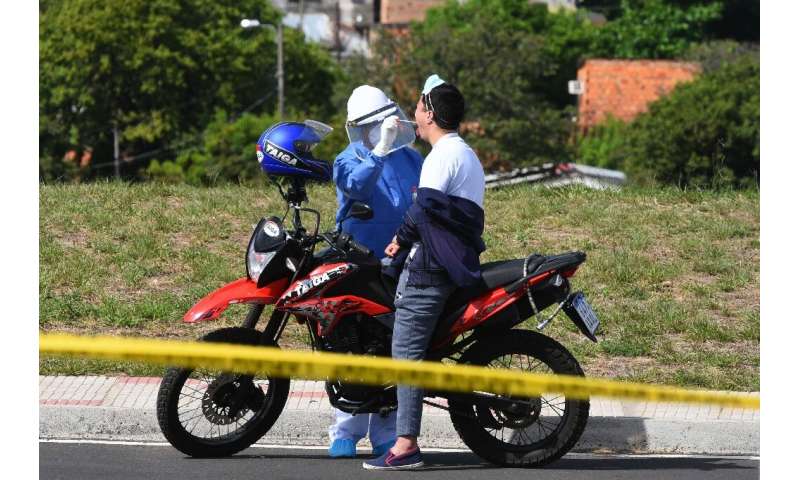 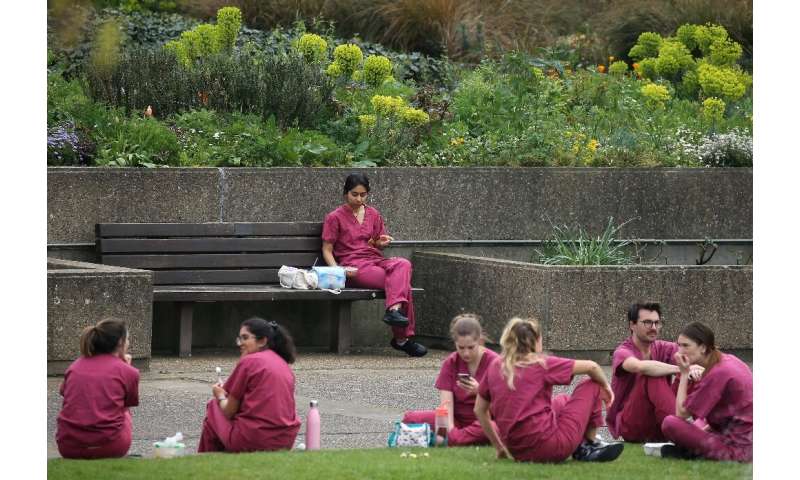 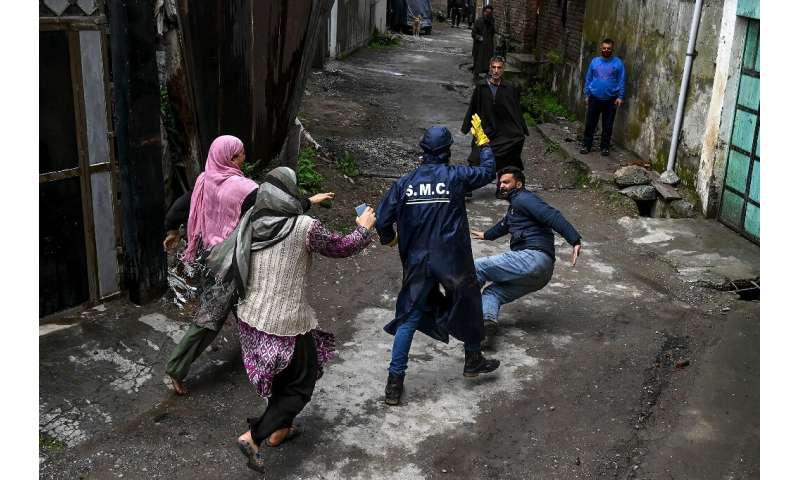 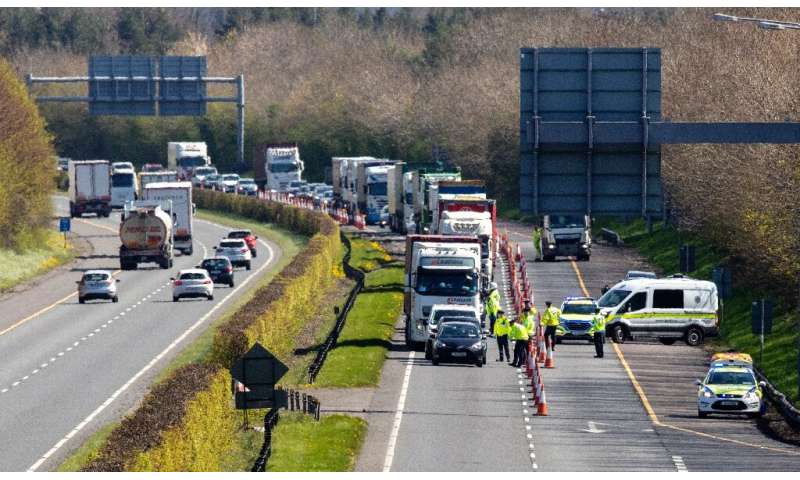 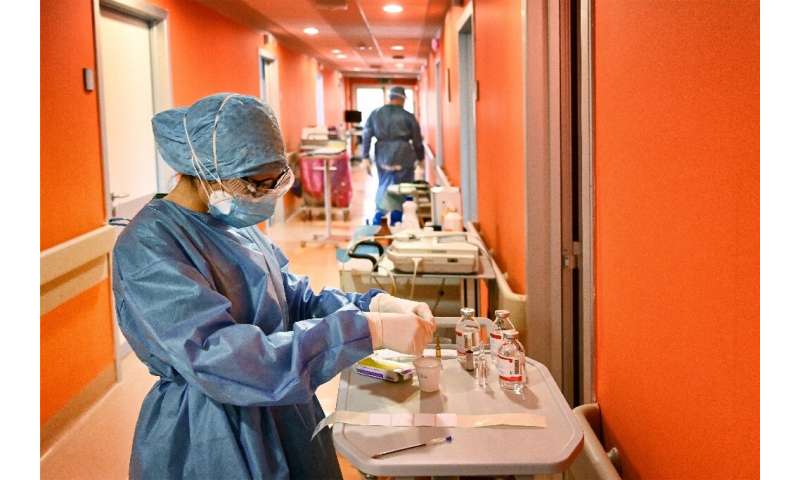 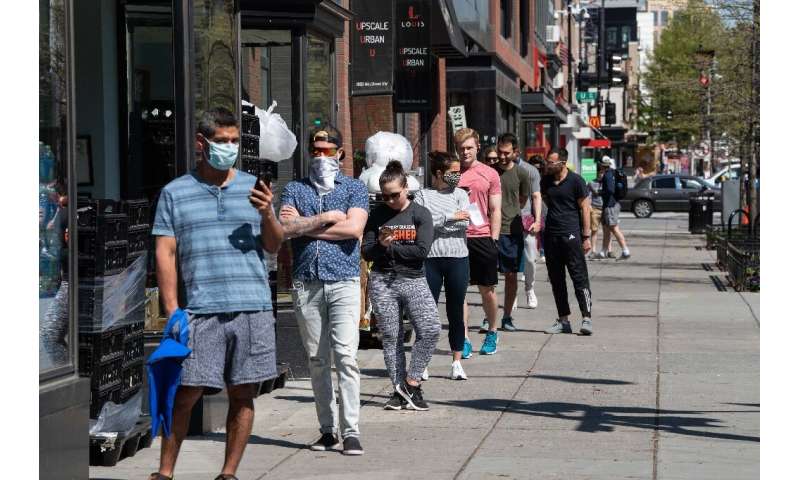 “Last night we had roti (Indian flatbread) with salt mixed in mustard oil,” she said.

The pandemic has forced half of humanity inside, an unprecedented measure that has allowed wildlife to reclaim previously choked streets.

In India, hundreds of monkeys are running riot in the roads around the presidential palace while peacocks display their spectacular trains on top of parked cars in Mumbai.

In Vienna, animals are being conscripted into the fight against the virus, with horse-drawn carriages converted from a tourist attraction to a food delivery service.

Christian Gerzabek, who drives one of the famous city “Fiaker”, said business had crawled to a halt but “the horses still have to be moved, they want to get out after the winter.”

Consequences of Ebola: the quadrupling of Malaria threatens the victim

The reason why your nipples itch

More older adults may have undiagnosed dementia than previously estimated

Cancer taught me to accept my body

Woman talks about psychosis: Thought I was the niece of John F. Kennedy am