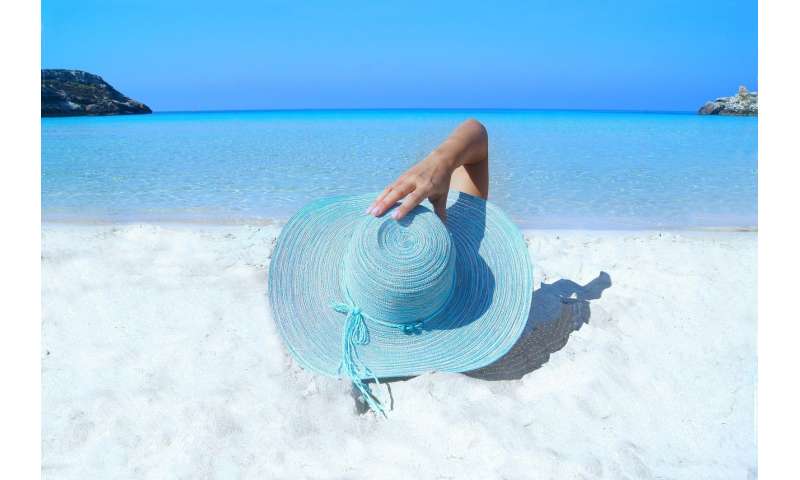 Australian researchers from QIMR Berghofer Medical Research Institute have shown that 22 different genes help to determine how much sun exposure a person needs to receive before developing melanoma.

For people at high genetic risk, sun exposure in childhood is a strong contributing factor while people at low genetic risk develop melanoma only after a lifetime of exposure to sunlight.

The study results have been published today in the British Journal of Dermatology.

Australia has the highest rates of skin cancer in the world. Each year more than 12,000 Australians are diagnosed with invasive melanoma, which is the most deadly form of the disease.

“The study findings suggest that people with genes that predispose them to skin cancer only need modest levels of exposure to Australia’s sunny climate to develop this disease,” Professor Whiteman said.

“Our data show that people who are born and grow up in Australia have a 50 percent increased risk of melanomas, while those migrating to Australia as adults, who have the same genes, are less likely to develop the deadly disease.

“This confirms that sun damage up to the age of about 20 is particularly dangerous for people with a higher genetic risk because it’s enough to trigger melanomas and they don’t need long, cumulative exposure as well.

“It’s important to point out though that people who don’t carry the higher risk genes associated with skin cancer can still get melanomas –they just need to get a large enough dose of sunlight over their lifetime. These people will often have lots of sunspots as a result of that exposure.”

QSkin study project manager, Catherine Olsen, said the researchers looked at genetic and behavioral factors in the data to work out melanoma risk.

“The QSkin data included information about place of birth, age at migration, sunburns and cumulative hours spent in the sun along with histories of squamous cell carcinoma, basal cell carcinoma and sunspots. It also included DNA information,” Dr. Olsen said.

“We then followed those people from 2011 and learned about their melanoma diagnoses from the Cancer Registry, which allowed us to work out risks.”

Dr. Olsen said the study results highlighted why more people should sign up to QIMR Berghofer’s QSkin genetics study, which aims to better understand the role genes play in the disease.

“We want to dig deeper into what genes are involved in skin cancer, and that’s why we want more recruits for QSkin,” she said.

“More than 5000 people have recently signed up to provide DNA for the study but our goal is 20,000 Australians by this time next year.

“While this study provides an insight into the development of melanoma and may help in identifying people who would benefit from targeted sun protection messaging, more still needs to be done to understand this disease that affects more Australians than any other population in the world.

Impact of osteoporosis on the risk of dementia in almost 60,000 patients

We Can't Handle Little Luna's Outfit at 'The Nutcracker'